Twitch rules are its internal regulations. They spell out all the details of using this streaming system, rules, features, and penalties for various types of violations. This is not a new phenomenon, because for any application or service there are always terms of use. Often users do not read them, and for good reason, because it says a lot of interesting and practical. In addition, even a cursory reading of these rules will help you keep your channel from being blocked and restricted. The safest way to play music is to use royalty-free music for Twitch streaming.

On June 8, Twitch announced an update to the rules for the use of music content on broadcasts. Streamers were prohibited from using any tracks protected by copyright.

That is, Twitch began to use the same system as YouTube. A person who has violated the rules receives a warning at the first time. If there are three warnings, his channel is permanently blocked. The number of warnings is not reset over time.

Twitch has updated the terms of use for music content that does not belong to the channel’s author. The streaming platform will begin actively enforcing the Copyright Management Act.

Twitch is now prohibited from playing tracks from music streaming services such as Spotify. In addition, streamers will not be able to sing songs they don’t own at karaoke, as well as to make covers of them, include them in DJ sets, or disassemble the tablature.

Some streamers complained that Twitch asked them to remove all old recordings and clips in which music was used illegally. The administration of the platform said that it had received many complaints from rights holders in a short period of time.

Why did Twitch need this?

Twitch made himself safe to avoid multi-million dollars lawsuits from copyright holders for violating their copyrights. This decision is disastrous for music channels, DJs, and musicians and just for bloggers. Musicians who sing or cover music, DJs who put their sets together live, dance channels and those who have used the ability to order any music track to be played live through a special function in the donation section will suffer the most.

There’s a ton of music that’s allowed to be used. Yes, it won’t be the most recent, popular, and familiar hits, but it’s enough for background, but not enough and interesting for their audience.

But we shouldn’t expect streamers to leave in droves for other venues, because it’s not fatal for most people. Musicians and those who are closely connected to music are already chasing from everywhere if they want to make money, moreover, they are ready to pay for their success. Twitch remains the most successful platform, and the gap will only widen further. It’s unlikely that anyone can beat it. All content distribution platforms have their own rules about copyrights.

The easiest way to keep your channel is to include only those tracks that are not copyrighted and are in the public domain. Now you can use tracks in two formats: if you have a license for the track and if the music is in the public domain library. We are talking about classical compositions by Chopin, Bach, and other famous composers. While most streamers are likely to have trouble getting licenses, there are many free websites where the music can be used by anyone, anywhere.

What Are the Rules?

It’s like YouTube here – don’t use other people’s tracks without special permission. User videos go through the appropriate scanning process, and if someone else’s music lasts more than 15 seconds and the owner of the video doesn’t have a special license, the video can be removed from public access altogether without the possibility of recovery and after several such violations, the channel may be permanently blocked.

If you post examples of hate speech or aggressive behavior as part of educational outreach, you need to make your intentions clear in advance. Examples include news articles, documentaries, and the like.

If you notice an escalation of a conflict situation, provocation by others, be sure to notify the administration.

In some cases, this is the basis for a statement of claim or report of a crime. The developers recommend seeking help from a lawyer or local law enforcement agencies.

If, however, you have been blocked for some reason, you do not agree with it, and you have proof that you are not to blame for the violation, contact the support service and they can help you to cope with this problem. As of 2021, this can be done through the official website. The main office is only located in San Francisco.

A common misconception about Copyrighted music

Copyrighted music is essentially any music that you don’t own the rights to broadcast.

So, I’ve seen some people saying that they pay for Spotify or Amazon Music or YouTube Music or any platform like that, but that is simply not the same.

If you pay for a subscription to Spotify, all that does is give you the license to be able to listen to that music on a personal device.  It doesn’t give you the right to broadcast that music to other people across the internet, remember about it.

We’ve also seen a lot of people raising their pitchforks at Twitch, asking them why they’re issuing all of these copyright strikes right now. But really, Twitch isn’t at fault here. It’s kind of taken out of their hands. Sure, there’s plenty that Twitch could have done because the writing has been on the wall about this happening for the platform for a number of years now.

But in terms of actually what’s happening with these Copyright Management Acts takedown notices, and then a copyright strike, Twitch really isn’t at fault. Like pretty much every other platform out there, Twitch makes use of something called safe harbor, which is built into DIGITAL MILLENNIUM COPYRIGHT ACT, which essentially states that they are not responsible for the copyright infringement of users on their platform.  But to be able to be protected, they have to follow a few different guidelines.

The streaming service Twitch introduced its own Twitch Music Library, tracks from which users can use during their broadcasts without worrying about the possibility of copyright infringement. That was in 2015, but it doesn’t really exist anymore.

How streamers can get out of this situation

With the advent of digital technology and streaming platforms, the issue of monetization of copyrighted content has become urgent. At the moment, there are no systems or regulations that can solve this problem completely. We can see the solution in creating a social contract and worldwide legal acts to regulate the use of copyrighted content on digital streaming platforms like Twitch.

Content creators and streaming platform owners need to discuss what terms they are willing to cooperate on, so that no one is left out and it would be convenient for every user. I think it should be a mixture of copyright license agreements, which are widely used by live cover bands, and the Content ID system that YouTube uses to automatically identify when copyrighted content is used.

You can protect yourself from receiving DMCA violation notices for removing content on your channel by reviewing all of your content in the author control panel (including clips, VOD, and highlights) and removing what may violate the DMCA. You can also limit the ability to create clips for your followers and/or subscribers in your broadcast settings. Visit the help pages regarding VOD and clips to learn more about managing content on your channel. 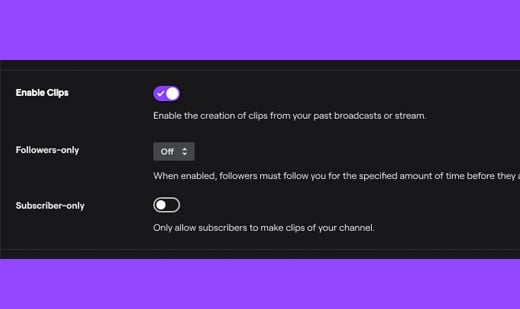 Will I get banned for music if it’s played in a game?

No. Music rights have been removed in games, and such content is allowed for public use. In the case of broadcast games, the streamer can only receive a warning from the publisher/copyright holder of the game, for example, as Nintendo does by removing the monetization of videos on YouTube. DIGITAL MILLENNIUM COPYRIGHT ACT complaints about songs are sent by the music labels that own the tracks. However, you can still get a warning for watching a trailer that is copyrighted, so you need to be careful here.

Twitch is done? Switching to another platform?

No, Twitch will be fine. Especially since it’s the most popular and largest streaming service. In addition, all competitor services have similar rules, including Mixer, YouTube, and WASD.

What happens if I keep using “forbidden” music?

Twitch will give a “strike” [warning] to your channel because of a DIGITAL MILLENNIUM COPYRIGHT ACT complaint. As soon as a channel receives three strikes, it is immediately blocked. Such “strikes” have no expiration date, so they will only disappear if the copyright holder cancels the complaint (that means almost never).