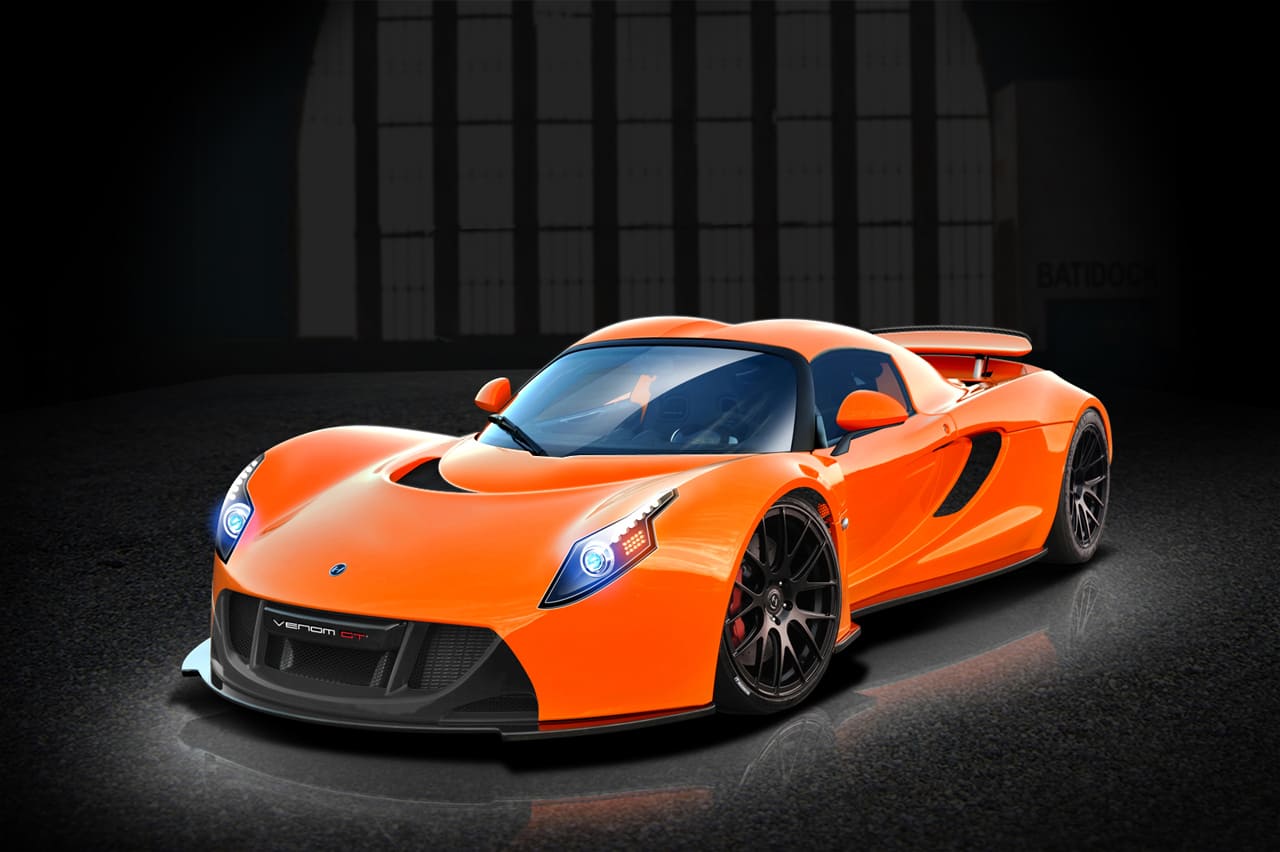 The Venom GT, an incredibly powerful car put together by Hennessey, based on a Lotus, has now met its sequel, the Venom GT2. Driven by the same urge for power, the specialists behind Hennessey have already started working on it. They haven’t yet provided full technical details, but have published a gallery which displays their work.

The power developed by the 7.0-liter twin-turbo V8 engine has now been raised to 1,500 HP, considerably higher than the 1,200 HP the first Venom GT delivers. Yet, the humongous number is reachable by the engine even if it’s fueled up with plebian E85 pump gas. In addition, this makes us thing of an even greater aspect – the power to weight ratio of the car is close to 1. Awesome!

According to Hennessey, the Venom GT2’s engine can be tied to an optional 7-speed paddle shift transmission, orphan at the moment and costing around $165,000, aerodynamic improvements that lower the CofD from 0.44 to 0.42 and a bump in headroom due to a double-bubble roof.

The car will be unveiled, if all goes well, somewhere around the end of 2013. It will bear a price tag of at least $1.25 million. The Venom GT is still acquirable too, if there are people who won’t like the GT2.

What Is It, Why You Need It, And When To Use It