Born on the 28th of March 1936, Amancio Ortega Gaona was the youngest of four children and he started his life in Busdongo de Arbas, Leon Spain as the son of a railway worker and a house maid. 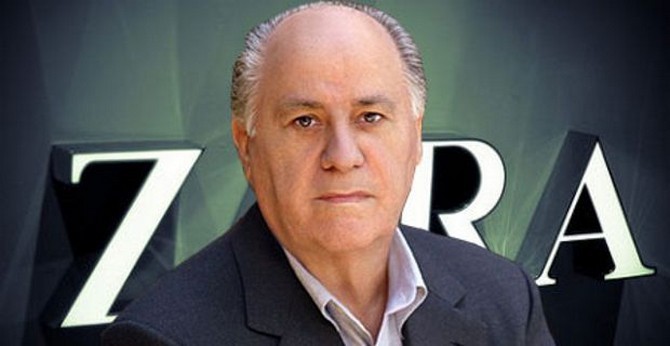 At the age of 14 he moved to A Coruna when his father had to relocate for work. His father’s job required him to move to La Coruna and Ortega also found a job here as a shop hand, although he was still very young. His first work was for a shirt maker called Gala that can still be found on the same spot to this day.

Amancio founded Confecciones Goa in 1972, using his initials as the brand name, and the company sold quilted bathrobes produced by him with the aid of a very large number of local women organized into sewing cooperatives. One of the workers, Mercedes Lopez, who started working here from the age of 14, recalls “The conditions were really pretty good. We knew Amancio well. He was very close to the workers”. 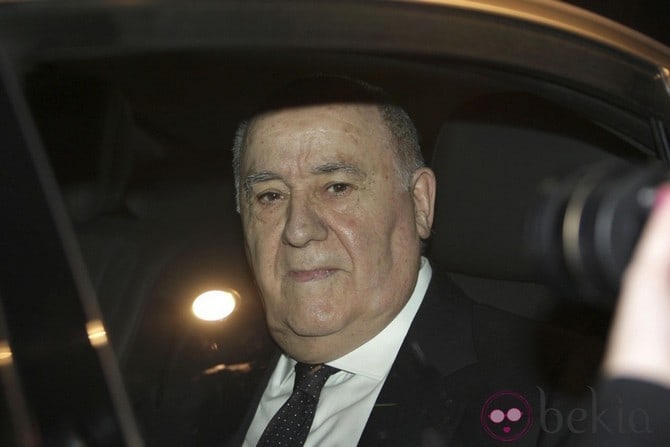 Ortega took care of the design, his brother Antonio was handling the commercial area and the sister Josefa was the bookkeeper, bringing textiles from Barcelona and thus reducing costs by cutting out the middlemen.

The business was successful and by 1975 he could open the first store. He wanted to call it Zorba, but the name was already taken so he settled with Zara. The stores opened one after the other and during the 1980s Galicia was covered, after which other countries followed. 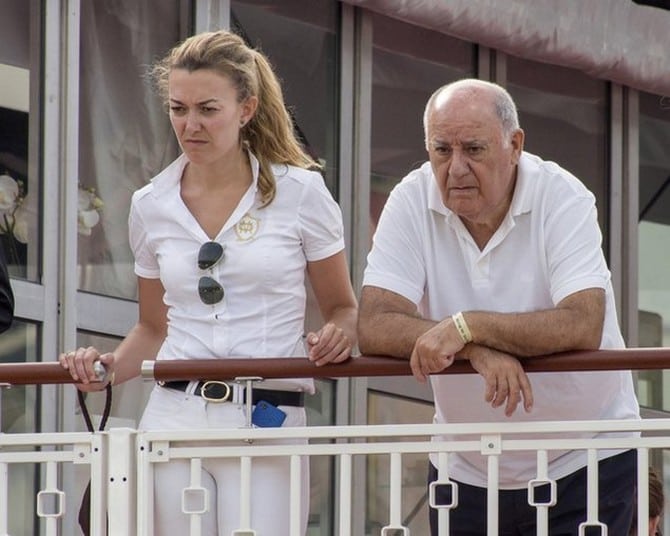 Ten years after opening the first shop he founded the Inditex holding company and began expanding his shops in Portugal, moving the production here as well since the labor force was cheaper. Zara is part of the Industrias de Diseno Textil Sociedad Anonima group (or Inditex) where Ortega owns 59.29% and it has over 92000 employees with 6000 stores and famous brands such as Zara, Massimo Dutti, Oysho, Kiddy’s Class, Tempe, Stradivarius, Pull and Bear or Bershka to name just a few. 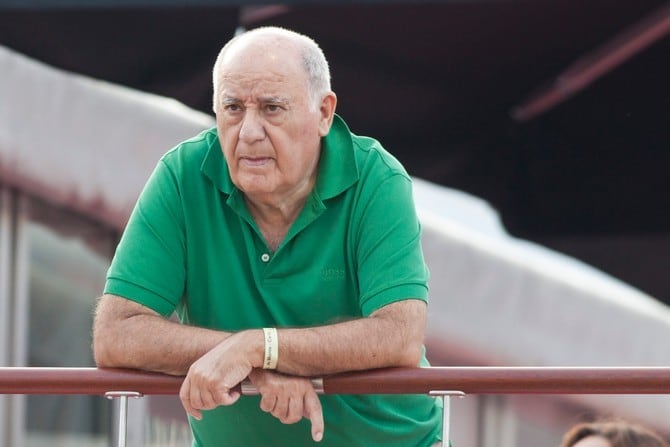 In the late 1980s he reached Paris and even New York, while through the 1990s the rest of Europe followed as well. Most of the production was kept in Spain or Portugal and Amancio would always consider the manufacturing as being the core of his work.

Despite his growing wealth he tried to keep a very low profile and there wasn’t any photo of him taken until 1999. The event of the initial public offering on the stock market for the company forced him to make a public appearance in 2000 as a warm up and the press in Spain went wild with excitement. 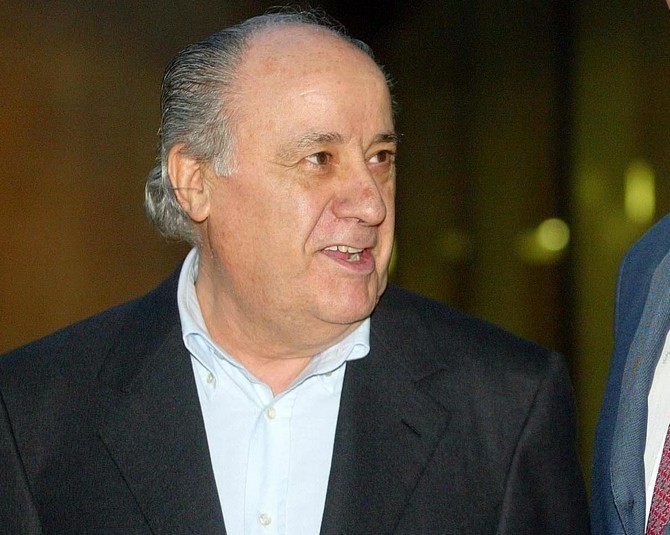 The excessive secrecy only gave way to rumors and since only three interviews were ever given to journalists, some investigation began, leading to books like Amancio Ortega: From Zero to Zara. In fact, he spends very large amounts of money to protect his privacy, keeping his movements secret and having pictures presented only through the official news corporation of Zara. 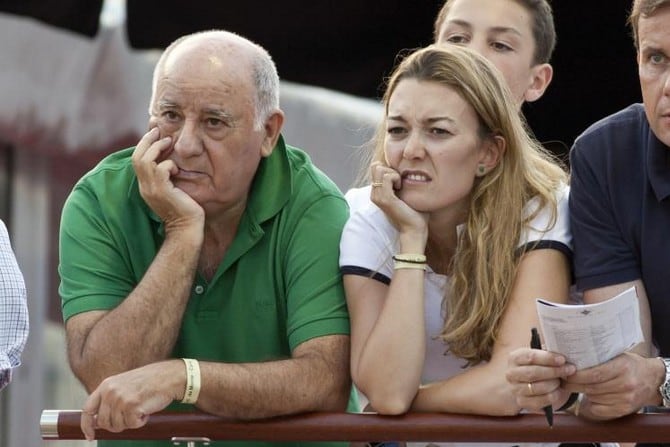 He married Rosalia, although the exact date of their marriage was left undisclosed, trying to preserve their anonymity as much as possible. He stated that “In the street, I only want to be recognized by my family, my friends and people I work with.” Later on Amancio married Flora Peres who worked for his company when the daughter of the two Marta was 17 years old. Together with Rosalia he created Fundacion PAIDEIA in 1986 which provides interdisciplinary training and education to persons with physical and mental disabilities, receiving a low of praise and being awarded multiple times from its inception. 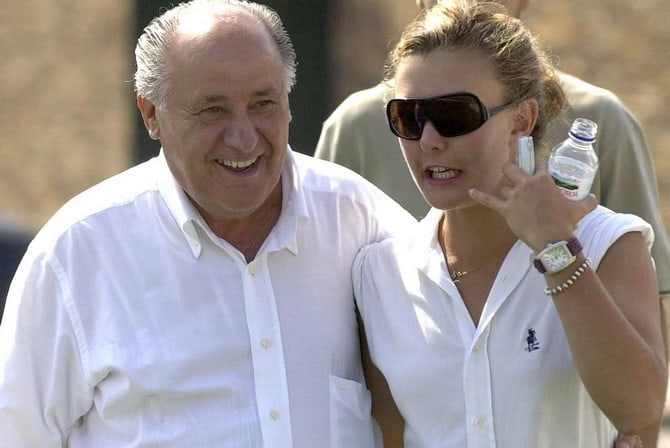 His daily routine is to visit the same coffee shop each day during lunch and eat with the employees in the company cafeteria. He never wears a tie and can usually be seen in a blue blazer, white shirt and gray pants that aren’t made by Zara. His main focus is the production and design for the company, leaving all other worries behind. 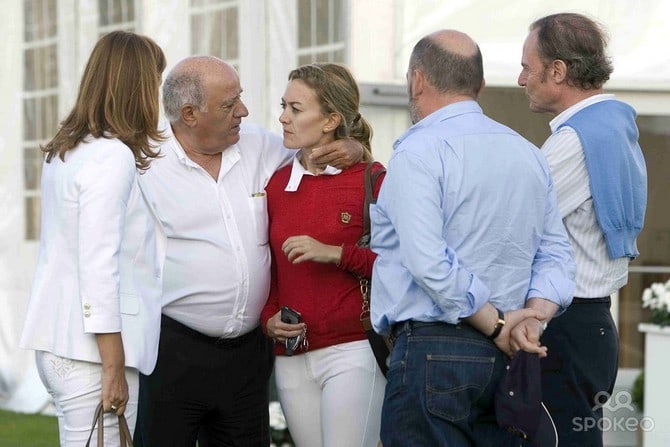 The main heart of Zara is the logistics department, having a system that allows very rapid turnaround speeds for places even as remote as Baku or Melbourne. The logistics building has three times the size of the headquarters and it is organized around a system of conveyer belts that permit the delivery of customized orders to every Zara store on the globe. 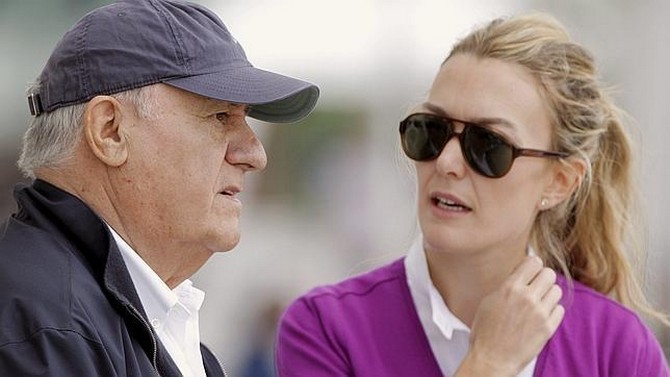 The two rules on which he built his empire were to give customers what they want and to deliver goods to them faster and more efficiently that anyone else. This made the company’s stores work more similarly to supply chains instead of retailers. Daniel Piette, the fashion director of Louis Vuitton said about Inditex that it is “possibly the most innovative and devastating retailer in the world.” 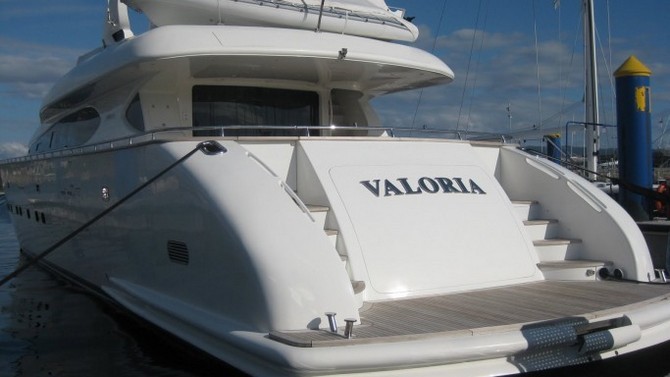 He announced his retirement from Inditex in 2011, putting the vice president and CEO Pablo Isla in his place to lead the large chain. He lives in a multiple building house on the seaside and even at his advanced age he spends two hours at the gym in the morning.

One of the most interesting things about Zara is that the company follows the shy philosophy of the leader and the brand never conducted a publicity campaign, becoming popular only through word of mouth. 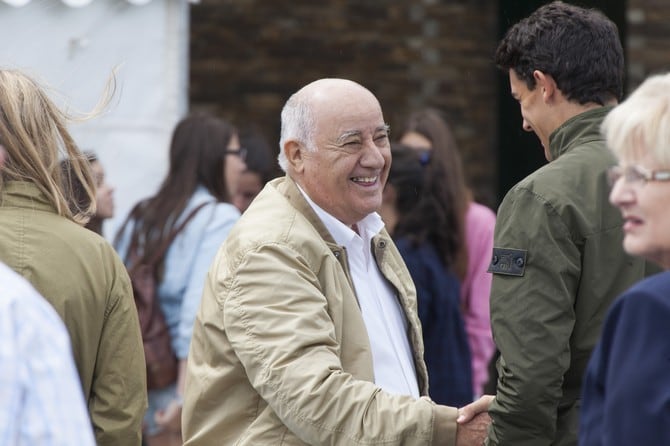 His fortune is so vast ($69.1 billion) that he is ranked the third richest man in the world, with only Carlos Slim Helu and Bill Gates ahead of him. He owns a yacht called Valoria which was bought for an estimated six million Euros and he also owns a Global Express BD700 airplane. He and his youngest daughter Flora Perez Marcote enjoy horse riding and an equestrian center located in Finisterre, Galicia is owned by him.

His charitable acts are extensive, stating that “I consider that a society is enriched by the work and the contribution of all of its members. The desire to make a contribution from my experience has led me to start the Amancio Ortega Foundation.” This institution is a non-profit one that aims to promote culture, education, research, social action, science and welfare with Amancio serving as president and his daughter Flora as vice president. 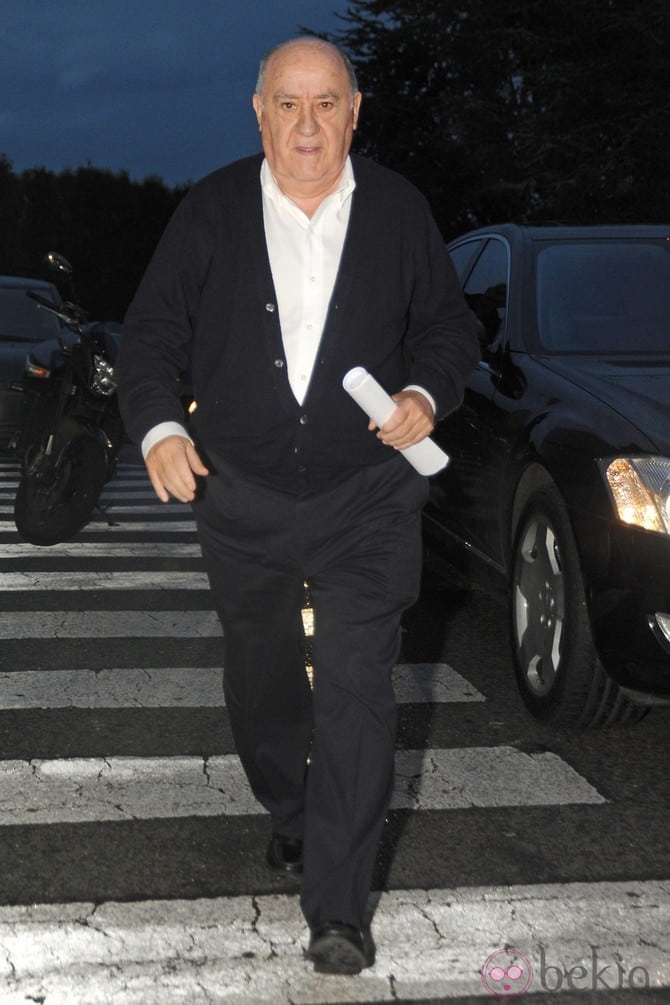