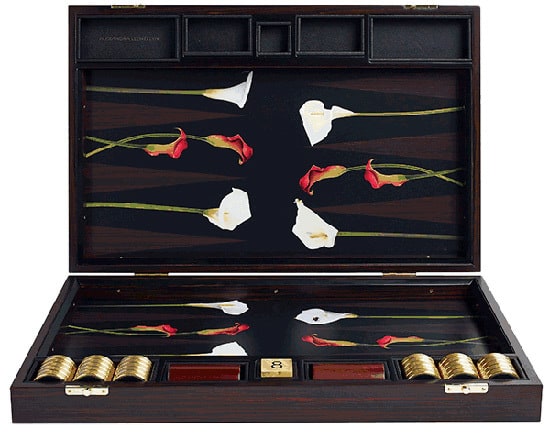 British designer Alexandra Llewellyn has created a series of splendid backgammon boards, adding an extra bit of style into the design of one of the world’s oldest board games.

The collection initially included six designs: Palm, Pheasant, Butterfly, Nudes, Antler, and PEACOCK, with another two models subsequently added called Leaf and Carnival. You can have any one of these versions strikes your fancy, or you can customize your own board. The creator of these pieces collaborates closely with the client, ensuring every detail is in place and the board ends up a perfect illustration of the client’s wishes.

The level of customization goes further than simply the outer design. One of the bespoke pieces created by Llewellyn was actually made using airplane materials for a private jet, while another was made from love letters for a 50th wedding anniversary. It seems the only limit to what can be achieved is the client’s imagination.