Today, Victoria’s Secret announced that Bella Hadid is joining its growing VS Collective, a group of ambassadors—not Angels—who will champion the brand going forward, as part of its mission to embrace diversity and female empowerment. Hadid’s decision to collaborate with VS (alongside nine others including Priyanka Chopra Jonas, Megan Rapinoe, Naomi Osaka, and Hailey Bieber) is particularly surprising considering her history with the lingerie company. Hadid walked in the Victoria’s Secret fashion show for three years from 2016 to 2018, but in 2020 she came forward as one of many models who endured harassment and inappropriate conduct by Ed Razek, a former top executive at L Brands, the parent company of Victoria’s Secret. (Razek has denied accusations but stepped down from L Brands.)

Despite her previous experiences with Victoria’s Secret, Hadid tells Marie Claire she truly believes in the brand’s new mission and feels confident enough in the company’s sweeping changes—including installing several new females on the board and embracing size-inclusive marketing and products—to re-enter the VS fold.

“It is so important for the women we work with to feel safe, supported, and comfortable. And perhaps most importantly, to ensure their voice is always heard,” Raul Martinez, EVP and Head Creative Director at Victoria’s Secret said in a statement to MC. “This is the exact reason we wanted to work with Bella in this capacity.”

Here, the supermodel discusses why rejoining Victoria’s Secret was a move of personal empowerment, how her relationship to femininity and beauty has evolved, and the changes she’s seen the brand embrace.

Marie Claire: How did the opportunity to be a part of the Victoria’s Secret Collective come about and what made you agree to join after publicly separating from the brand?

MC: You said in 2019 that you “never felt powerful on a runway, like, in my underwear,” referencing the three years you walked in the Victoria’s Secret fashion shows. What made you feel like the situation would be different now, that you would feel powerful?

BH: [Joining the VS Collective] was really about taking my power back and having the power over my body be released to myself again…. I think the beauty of what Victoria’s Secret is as a collective is about the conversation. All of us together, Paloma [Elsesser], Adut [Akech], when we sit on set, we’re just grateful for how we feel supported now, instead of how we used to feel, when it was a lingerie company that used to be run by men for men…. I just look around [on set] and I feel empowered again. I feel empowered in lingerie, instead of feeling like my body is some sort of money maker.

MC: Was there hesitancy when Victoria’s Secret approached you?

BH: Yeah, absolutely. It took me almost a year and a half to  take the meeting with them. Even having that conversation was very complicated for me because of the way that I had felt in the past. But they came to me with a big presentation about everything that they’ve changed, the way that they’re moving forward with not only body diversity, but diversity of women in general…. Once I sat down with them and had multiple meetings, they were able to prove to me that there are real protocols that are being put in order and put in line to make the best possible environment for us. [It was] also important to me that the world knows that [what I said previously] was not an opportunity to take a company down for me. It was an opportunity to uplift and change the way that women are being seen.

MC: What stood out to you among the changes presented?

BH: They have in our contracts that—which we, by the way, don’t have anywhere else. Not in editorial [shoots], not any other fashion shoots, so it’s incredible to see that a lingerie company had even thought about this—we don’t have to do anything, basically, that we don’t want to do. We don’t need to show parts of our body that we don’t want to show. That’s really important for us as women, because sometimes, going into these sets, we do lose our boundaries. And our boundaries are not accepted. So for them to tell us that we do have that power over our bodies and ourselves—and if we don’t feel comfortable with something we can speak out—that’s super important.

MC: What does being in the Collective really mean or look like to you? Will you be involved in just the modeling aspect of it? Or will you be designing? Will you be advising on some of these practices?

BH: I talk about us a lot because it really is a girl club. Me, Amanda [de Cadenet], Adut, Paloma—we do talk about these things. Like, ‘How can we make ourselves feel more empowered within this business?’ I don’t think shooting lingerie in general is comfortable for anybody—I want to make that very clear. It’s not something that comes easy to anybody…. What lingerie has been to the world is just like, this unattainable, super uncomfortable way to be sexy for your man. What we want to do is really come in, hopefully with another collection that we’ll design, [and] have it be really cool and comfortable and fun and sexy.

MC: A lot of people are skeptical of VS’s rebrand, feeling like it’s too little, too late. Or that the company shouldn’t be given a second chance after making a lot of women feel less than. What do you have to say to those who don’t believe in the “VS Collective”?

BH: That’s a hard question, because I think people are going to have things to say regardless. But I know firsthand how Victoria’s Secret used to make me feel, and now, going onto set every day, there is just an energy that’s switched. I would never work for a company that not only made me feel a type of way, but made the world feel a type of way, until I knew for a fact that real change was going to be made.

MC: How has your relationship to femininity and sexiness grown and changed since you first worked with Victoria’s Secret several years ago?

BH: For me, growing up in a business of beauty, I think it created a lot of insecurities. If they had asked me a couple of years ago to do Victoria’s Secret again, I wouldn’t have been strong enough to stand in my power and do it. Because I was very insecure in general. But I’ve really learned that beauty for me is about that confidence within. And being able to work on your mental health. Being able to work on your internal health.

MC: What being sexy or beautiful mean to you now?

BH: Beauty for me changes everyday. I see beauty within everyone. You know, I think energy is beauty. And I don’t see ugly in anybody or anything—sometimes that’s to my detriment, where I see the good in everybody. But I really do see beauty as an energy vessel. Back in the day, I didn’t work with Victoria’s Secret for campaigns and stuff, I only did the show. And the show was something that was really hard on a woman to put all your worth in the hands of, like, three men who essentially tell you if you’re good enough or not. I think that’s kind of what was wrong with that whole situation in general. It was a standard that was really not attainable. And now, with all of the beautiful women that are a part of Victoria’s Secret, I feel like there’s representation of all different types of beauty.

MC: Did you have to unlearn the toxic views about femininity or sexiness that the shows instilled in you?

BH: Absolutely. I look at my body now as a temple. Before, it kind of got to the point where my body wasn’t owned by me. Now I feel like I own my body again. We all have so many insecurities in general. I wake up mostly every morning not feeling like the Bella that everyone else sees. I do the work every morning to be able to get to that point. And sometimes I don’t even get there. But it really is about keeping that grounding and that love for yourself and understanding that your worth comes from you and not from anybody else. And yes, that was through therapy. And that was through a lot of self realizations and not putting my worth in anyone else’s hand except for my own….

My life for so many years revolved around only working and…how I was going to lose that weight for one of those shows. Now, I just am who I am. And I don’t need to change for anybody else—even when I see things online about people talking about my body or the way it fluctuates or this or that. I wake up in the mornings for me and not for anyone else.

This interview has been edited and condensed for clarity.

'Too Hot to Handle' Season 2: Release Date, Cast, and More

'The Bachelorette' With Michelle Young: Everything We Know 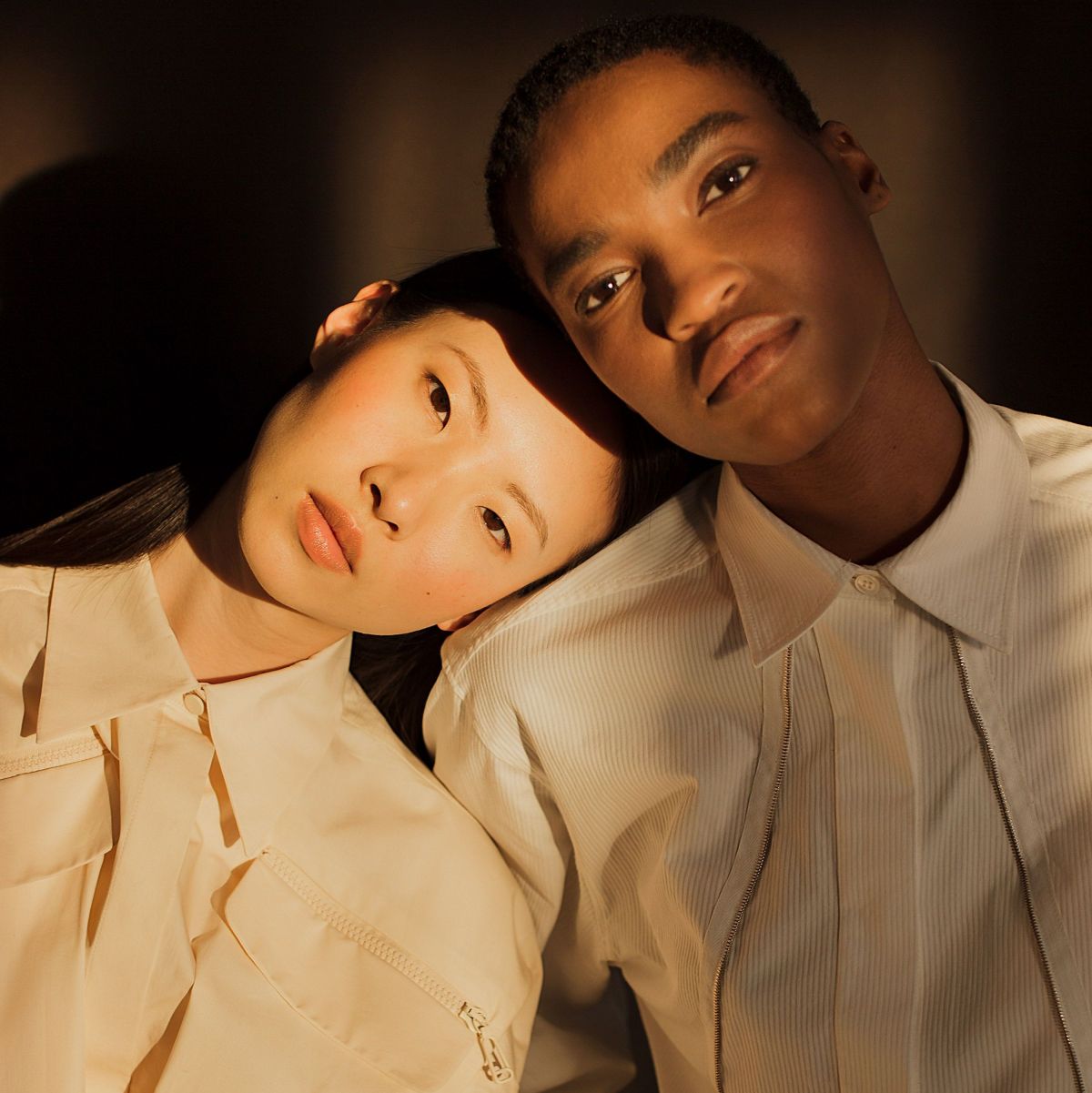 The 17 Best Foundations in 2022, According to Marie Claire Editors 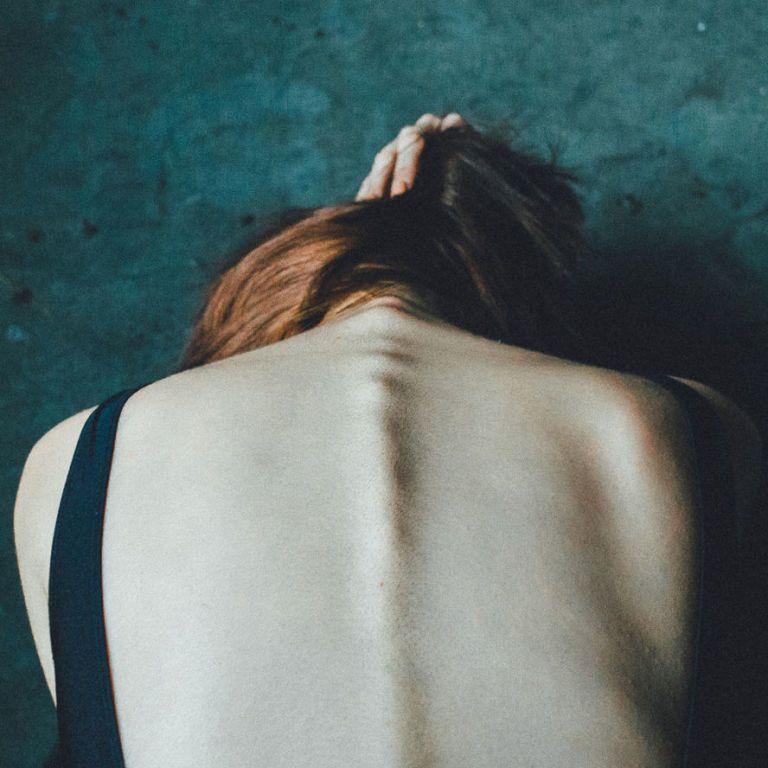 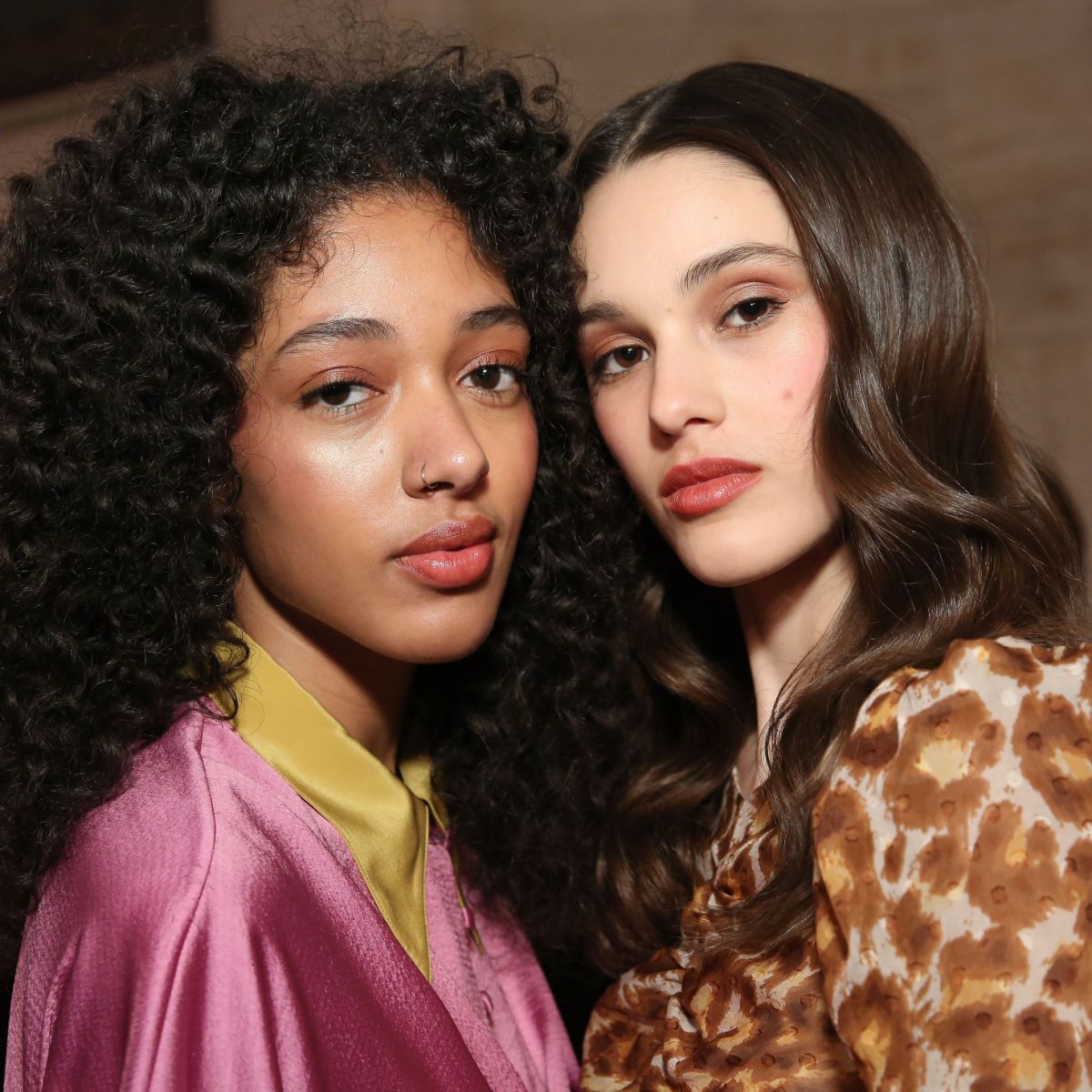 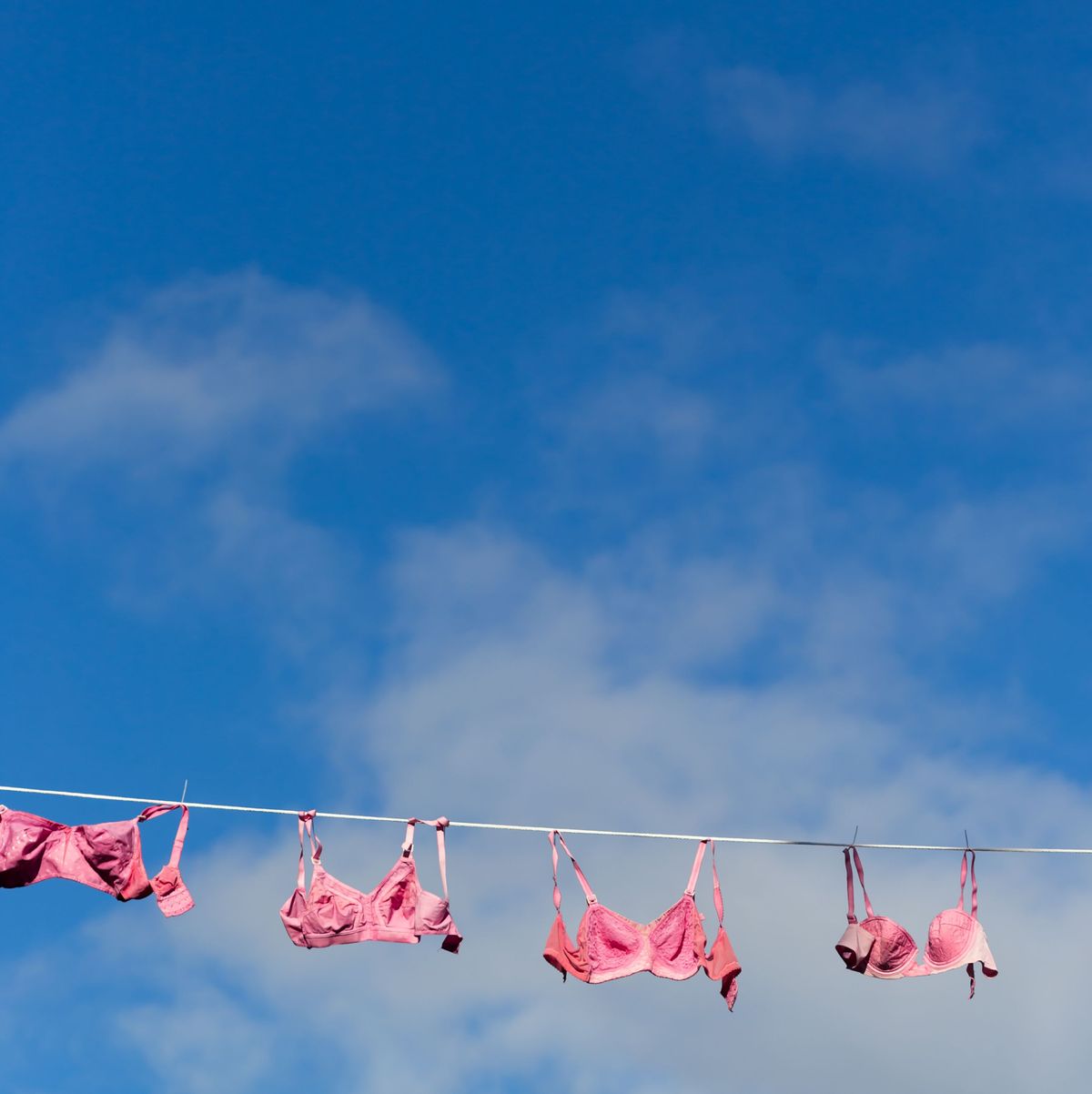