This build is about being all offensive and lashing out elemental spells. You will have limited survivability capabilities, but this pays off with over the top damage 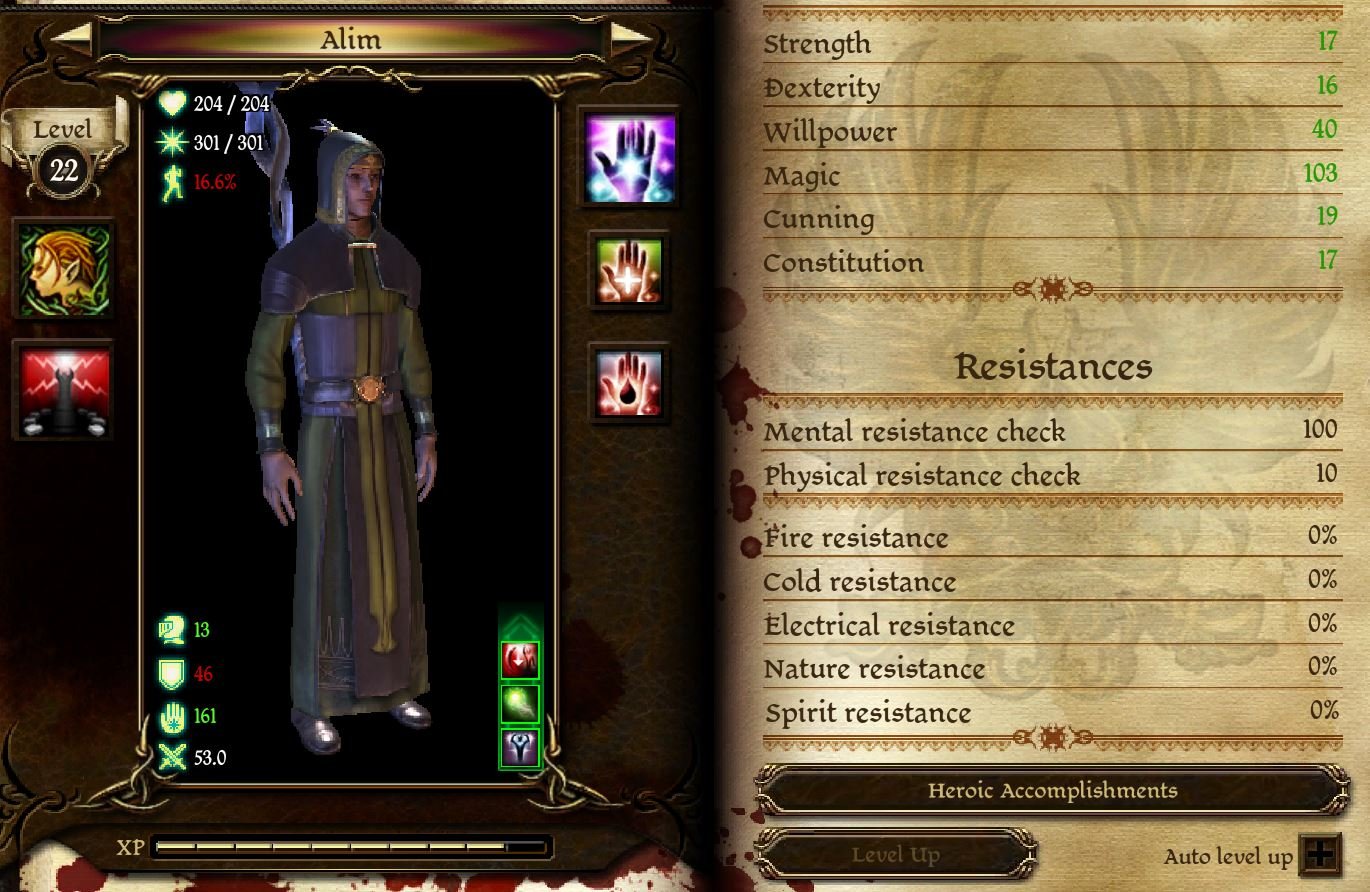 Magic – attribute which will increase your spell damage. This is all that you need for this build

Contrary to thinking that blood mage needs constitution you should avoid it. Your mana pool will be your HP + MP. Due to this you will be able to cast spells easy without any big limitations 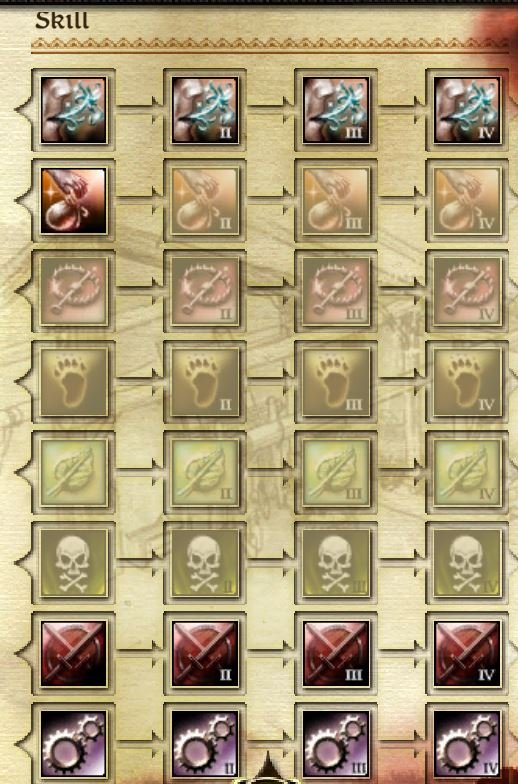 If you have any other points left invest based on your preference. 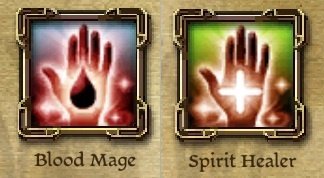 You will use two main specializations: Blood Mage and Spirit Healer. I suggest getting the latter one second at level 14 and Blood Mage at level 7. This will increase your casting pool early in the game.

NOTE: you can also take Arcane Warrior and invest 1 ability point into Combat Magic. This will allow you to use Helm of Honnleath, the best helm in the game giving +2 to all stats. Otherwise, if it is being used by others you can skip it

How to unlock Blood Mage?

Once you reach the last Demon it will show its true form. You will then have a conversation with it. If you are able to strike a deal one of the rewards will be the Blood Mage specialization.

For this type of build, you will want to use all the spells that scale Spellpower.

At the beginning of the game, we want to build the offensive capabilities of the mage,

Get Blood Mage specialization at level 7. If you do not have it unlocked do Redcliffe castle’s main quest to obtain it. You can also wait till level 14 and just take the Spirit Healer specialization.

Your strongest crowd control skill will only be available on the Blood Mage tree at level 14. So before that, you will want to have unlocked Blood Sacrifice

Get the second specialization either Spirit Healer or Blood Mage

If you have any points left feel free to put them into Waking Nightmare, Arcane Mastery or any other spell that looks interesting or useful to you.

In the end, you should have all of these abilities at your disposal:

I list out by the priority which equipment you should use. The first ones are for the end game or close to it.

NOTE: you need to have at least one item with “Improved Blood Magic” status:

NOTE: if you will be using equipment that boosts Elemental Damage, for example, +10% fire damage, there is a cap of 30% for that element. So, having Wilhelm’s Magus Staff and Dalish battery will reach that limit, and equipping ring Twitch ( with a 5% increase to electric damage) would have no effect. 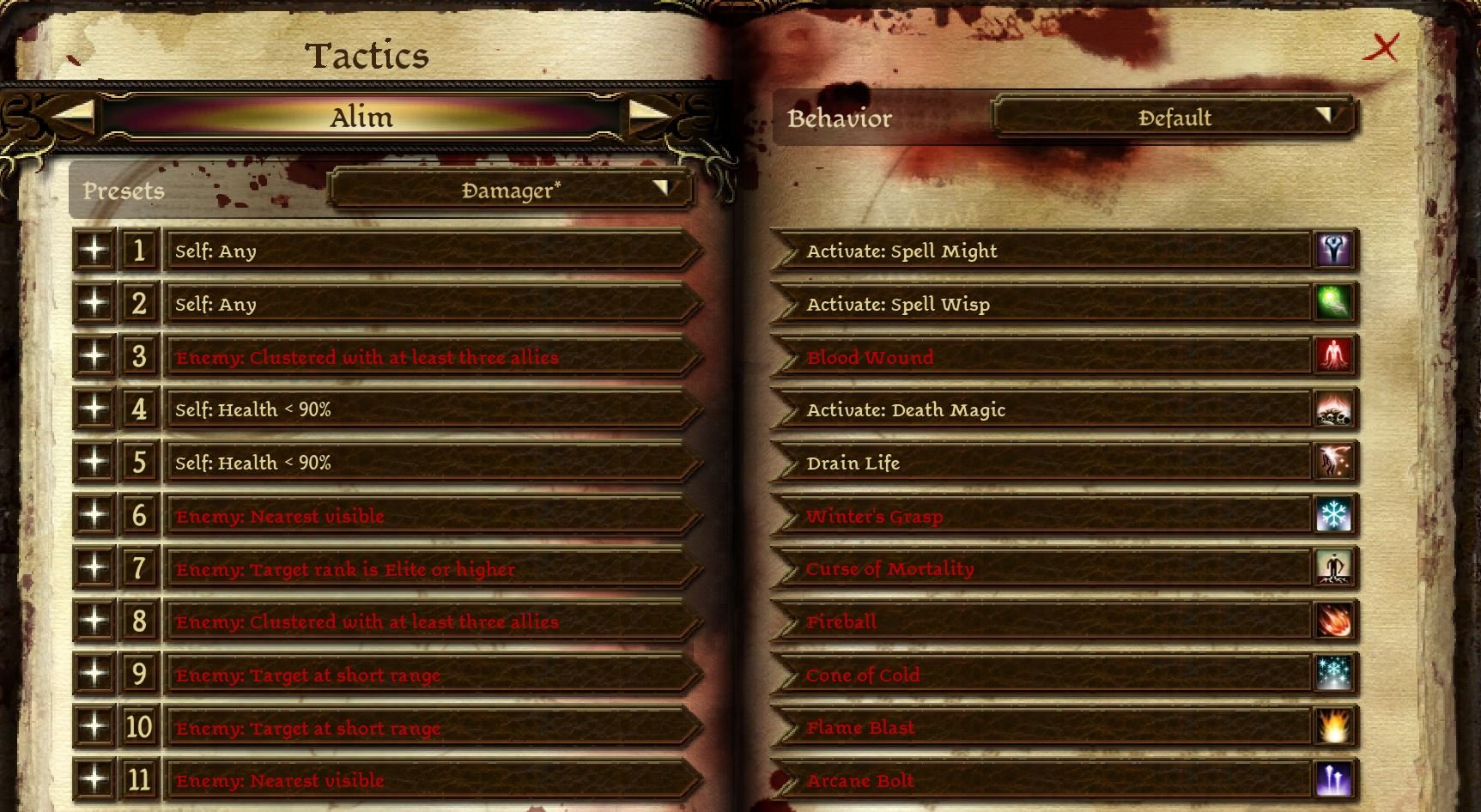 As this build is low on Hp and uses hp to cast spells, play it with your main character. However, it can be used both by Wynne and Morrigan.

You should apply all the buffs: Spell Wish, Blood Magic and Spell Might to maximize your damage dealt.

The build deals tremendous damage, the Blood Wound will paralyze most of the enemies and if you are not being attacked by archers, there should be no troubles dealing with other opponents.

Just always have a lookout on your HP as you can drain it fast.

Feel free to leave your feedback below

Giants at Rams: 5 questions about the Giants’ Week 4 opponent