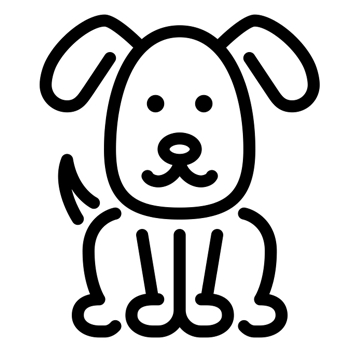 Have an image we can use? Message us here!

The Chilier, also known as the Chivalier, is a cross between a Cavalier King Charles Spaniel and a Chihuahua. This is a small dog with a silky, short-to-medium-length coat. They are good-natured but must be treated with respect, because if they feel threatened, the Chihuahua’s temper may show through.

The Chilier is suited to flat or apartment life, provided they are given daily exercise outdoors. They may, however, be reactive and bark if bored or anxious. Both parent breeds are linked to health problems, such as wobbly kneecaps and heart disease. Whilst little is known about the Chilier’s health issues, it is reasonable to assume there is overlap with those of the parent breeds.

The Chilier’s tale begins with the history of the parent breeds:

You may know the Chihuahua has the plaudit of being the smallest dog breed in the world. But, did you also know this is also an ancient breed? It is believed dogs of this type date back to around 300BC when wild dogs, known as Techichi, domesticated by the Toltec tribe. This Mexican breed may be small but they have a strong personality and pack a pocket-sized punch for the unwary.

The Cavalier King Charles Spaniel originates from working spaniels and had a zenith of popularity in the 16th and- 18th centuries. Indeed, King Charles II was a huge fan and it is for him the breed is named. These gentle souls are full of love and would arguably rank as the best pet dog of all time, were it not for some heart-breaking health problems.

Like all hybrid dogs, there is no guarantee as to the exact appearance of each individual Chilier pup, since they may take after one or other of the parents. For example, one pup may look like a Chihuahua with a Cavalier’s colouring, whilst another looks like a small Cavalier with a sharper snout and finer bone structure.

The Chilier is a small dog with a medium-length, soft, silky coat that comes in a variety of colours, including ruby or chestnut and white, tricolour, fawn, cream and tan. They are likely to have long feathering on the ears and flagpole tail, with the ears either long or dropped (as per the Cavalier) or pricked (as for the Chihuahua). This is a well-proportioned dog with a wide forehead, distinct snout, and legs in proportion to the body.

All dogs are individual with their character shaped in part by their early life experiences and by the character traits of the parent breed. It can be argued the Cavalier is placid and tolerant, whilst the Chihuahua is sparky and defensive. This may mean the hybrid has the edge taken off the Chihuahua’s less desirable traits, such as being overly protective (which manifests as aggression) and extreme barking.

When raised in a positive, encouraging environment, it is to be hoped the Chilier will grow into a loving, loyal, and characterful dog that loves to be around people. However, some of the Chihuahua’s independent streak show through, which means they don’t tolerate children or rough handling and may growl or snap as a result.

The Chilier is an intelligent dog and with the right motivation should respond well to training. Arguably the biggest hurdle to training is the owner’s perception that a small dog does not need to be obedience trained to the same level as larger breeds. However, this is a mistake, especially with the thread of strong-minded independence running through the Chilier from the Chihuahua.

Data has been amassed about the health problems of purebred dogs, but because the Chilier is relatively new, such data is not available for them. However, it is reasonable to assume some of the parents’ prevalent traits may show up in their offspring.

Patellar luxation simply refers to ‘wobbly kneecaps.’ With this condition, the kneecap is not firmly anchored and when the muscles of the thigh pull on it, the kneecap is dragged out of position. This means the dog skips a step on the affected back leg or carries the leg for several steps.

Patellar luxation ranges from mild to severe. Those least affected only require occasional pain relief, whilst the most severe need corrective surgery to regain proper use of the leg. Left untreated, the dog is lame and at risk of premature arthritis.

It is not unusual to see small dogs with brown, tear stains on their face, and the Chilier is not exception. There are a number of factors that contribute to tear staining, such as having large eyes with a large surface area that water easily, along with narrow tear ducts that don’t drain all the fluid away. The end result is tears spilling over the face and when the tear fluid oxidises in contact with the air it turns brown.

This is largely a cosmetic problem. There is no single procedure proven to correct tear overflow and the owner is best advised to wipe the eyes regularly and remove the tears before they stain the fur.

Sadly, the Cavalier King Charles Spaniel is a martyr to heart disease with over 75% of UK Cavaliers having a heart murmur by the age of seven. Chihuahuas are also prone to heart murmurs, so the possibility of this developing in a Chilier is high.

Twice yearly vet checks detect a murmur when it first develops. Based on the loudness of the murmur a decision can be made about whether a heart scan is necessary. The implication being that when medication (Pimobendan) is started once the heart is enlarged but before the dog shows clinical signs, can significantly extend life expectancy.

These are two different problems that affect the brain and skull. Hydrocephalus (water on the brain) is linked to the Chihuahua, whilst Chiari-like malformation (the brain is too large to fit in the skull) affects the Cavalier.

Both of these conditions can lead to mental dullness, but sadly, Chiari-like malformation is extremely painful. For the latter, there is no surgical option and strong pain relief is mandatory.

This is a lively little dog that needs an outlet for their energy but may tire quickly. A trip to the park for a game of fetch should be pitch perfect as this gives the dog the chance to sniff, meet other dogs, and play, but close enough to home to return when they get tired.

The Chilier’s soft coat requires a moderate amount of care, mainly as combing (to prevent knots and tangles) and brushing (to reduce the amount of shed hair). They are moderate shedders so regular brushing helps to reduce the amount of hair left around the home. Avoid over-bathing a Chilier as this can strip out the coat’s natural conditioning oils. On average once a month is sufficient, and then using a gentle moisturising shampoo, such as one that contains oatmeal.

An important part of grooming is dental care. From puppyhood, try to establish a daily routine of tooth brushing in order to reduce the risk of dental disease in early life. Always use a pet toothpaste, since the fluoride in human toothpaste is toxic when swallowed.

There are no user reviews for this listing.