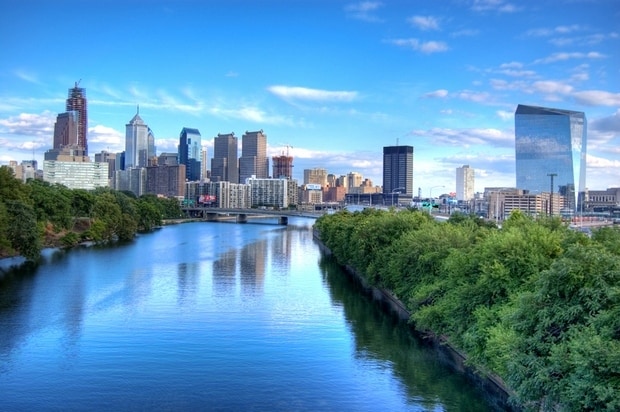 Philadelphia is a city that is known for being deeply rooted in U.S. history.  Every year, millions of tourists flock to the city to explore the sites that have made it one of the most historic cities in the nation. The city features some of the nation’s most historically popular sites. They can have any history buff jumping in excitement. Some of the many historical site located in Philadelphia include the Liberty Bell, Independence Hall, the National Constitution Center, and Franklin Court.

Probably one of the most recognizable symbols of U.S. history is the Liberty Bell. Located on Main St. in the heart of Philadelphia, the Liberty Bell is open year round. The center allows guests to watch a video and provides exhibits that revolve around the famous bell.  Though the bell was once located in City Hall for all to touch and see, the Liberty Bell is now encased in a protective glass chamber. One of the main attractions of the bell is the large crack that began to form in 1846. Though the bell was repaired in 1846, it cracked again soon after. One interesting fact about this crack is that nobody knows how or exactly when it cracked either time.

Independence Hall is another must-see site when you travel to Philadelphia. The site is famous for being the location where the Declaration of Independence and the United States Constitution were signed. Built in 1753, the site soon became the typical meeting place for the Second Continental Congress. The historic building is part of the Independence National Historic Park and is also listed on the World Heritage Site.

Benjamin Franklin was one of the most fascinating people in revolutionary America. He was a distinguished inventor, statesman, and diplomat. In honor of this visionary, the Franklin Court was erected in the same location that his house originally stood. Below the Franklin Court lies a museum that is filled with paintings, inventions, and objects that were created by Benjamin Franklin. It is a must see for any fan of this visionary.

Each of these sites is a strong representation of America’s rich history. These sites are usually on the top of most history enthusiasts’ to-see list, though they are equally impressive to see even if you are not overly-enthused about U.S. history. These are the sites that have helped to make Philadelphia one of America’s most visited and respected cities.

The Superb Tainaron Blue Retreat Will Haunt Your Dreams