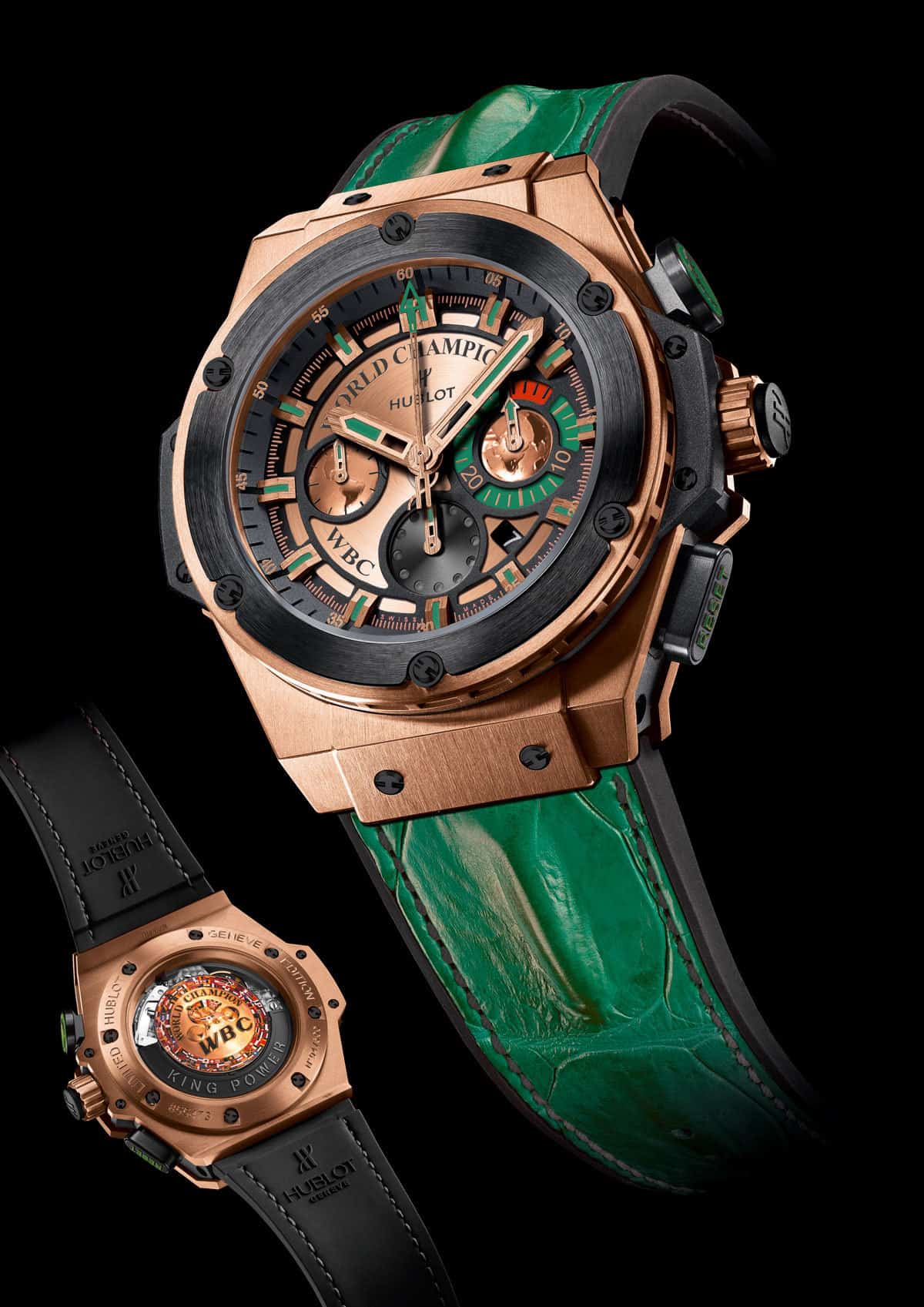 An entire collection of 12 watches is going to be auctioned for WBC charity during the month of September, this year, in Las Vegas. The collection comprises watches that commemorate the world’s 12 greatest boxers to have ever met the ring. The best thing is the watches will be given to their future owners by the respective star himself. Furthermore, the proceeds won on the occasion of the auction will be donated to the charities hosted by the World Boxing Council.

This one of a kind collaboration between the WBC and Hublot that will surely enter history. During the auction, some of the world’s boxing legends will be present, like Julio Cesar Chavez, Lennox Lewis, Jean-Claude Biver, the Chairman of Hublot, as well as Jose Sulaiman, the WBC CEO. This could as well be the start of a beautiful relationship.

As Jean-Claude Biver, the Chairman of Hublot declared that “Hublot feels proud and privileged to have joined the fight of the legends of this great sport. These twelve unique pieces which are reflecting the “fusion” between the fierce competitors of the historic sport of boxing and the accomplishments of 450 years of Swiss Watch Making Art.” This is a truly unique occasion for the fans of boxing as well as fine gadgetry to acquire one Knockout King Power World Boxing Model. In the meantime, click here to read more about the best speed bags out there.

Every one of the watches encompasses a look similar to the fabled championship belt, awarded to the best boxers in the world. The look of the watches expresses both modernism and sportiness, being made of 18-carat King Gold. The lavish 48 mm case shares idolistic boxing features, like the World Boxing symbol on the back case as well as the name of each fighter.

The event due to be taking place in September will be unique in every way, reuniting the champions. The timepieces will undergo a pre-selling, starting in June, on a specially dedicated website. The winners of the auctions will be summoned to Vegas, to claim the watches from the fighters themselves. The charity will serve emergency funds within more than 40 countries all over the world, as well as retired boxer’s pension.

How to Exclude WordPress Pages from the Navigation Bar