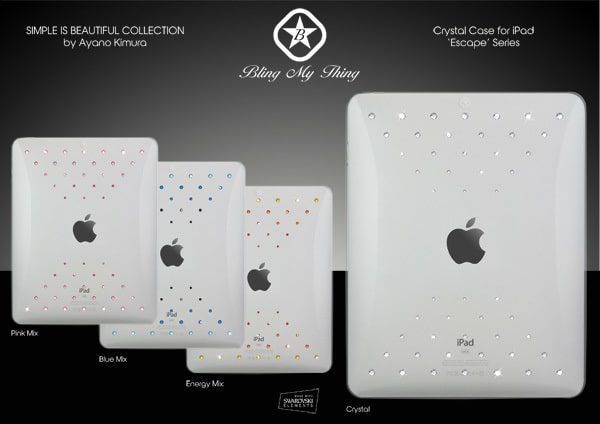 Ayano Kimura, Chief Designer of Bling My Thing, has just created a new series of transparent protective cases for the iPad and the new iPhone 4 which blings them up with embedded Swarovski crystals and also protects your beloved Apple gadget in the same time.

For the iPad the series of special cases is called Escape with each case being coated with a special anti scratch layer on which Swarovski crystals were embedded into holes by skilled craftsmen. The iPad cases will be available in four color combinations: Crystal Mix, Pink Mix (with Light Rose, Rose and Fuchsi), Energy Mix (with Light Topaz, Light Siam and Sun) and Blue Mix (with Aquamarine, Capri Blue and Dark Indigo elements).

The iPhone 4 luxury cases from Bling My Thing form a new collection called “Simple is Beautiful”. Each case is transparent, super sleek and thing and its made from high quality plastic in which the Swarovski elements were inserted. The iPhone 4 cases will be available in four designs: Milky Way, Diffusion, Flower and Stripe with a variety of colors such as crystal, fuchsia, light siam, capri blue, purple velvet, crystal cosmojet and many more.

Blink My Thing hasn’t revealed the official pricing yet but they will probably release it in the upcoming days. 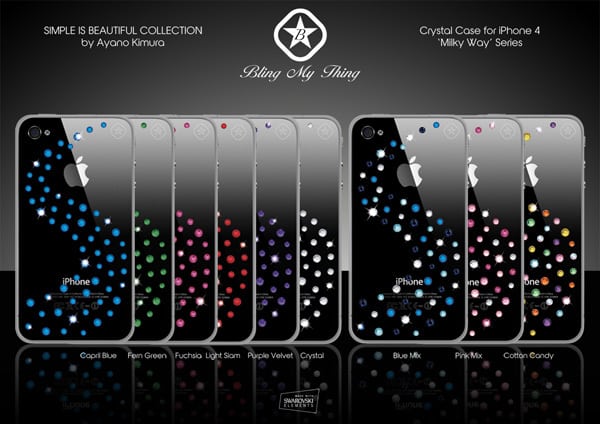 [Source: Bling My Thing via BornRich]

10 WordPress Time and Date Plugins to Keep Your Site Ticking

How to Create a Landing Page Template for Your Theme