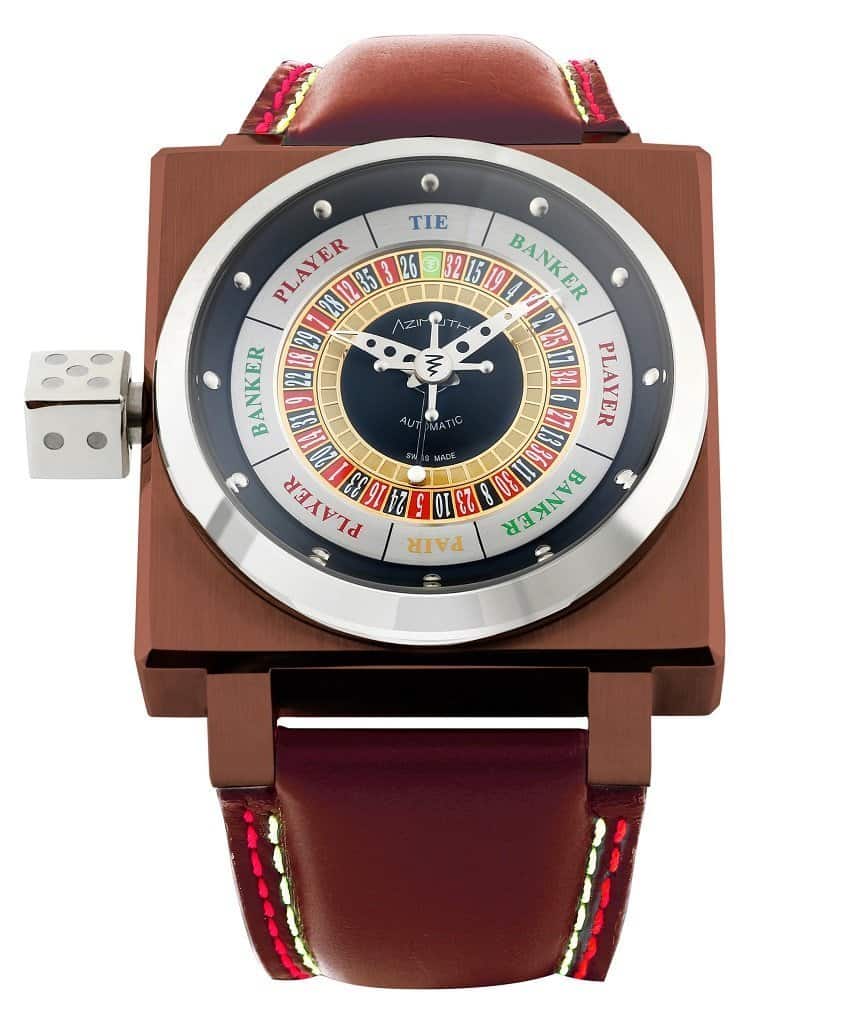 The brilliant watchmakers from Azimuth have done it again, designing an avant-garde watch that’s perfect for avid players of table games. Called the Azimuth King Casino watch, this exquisite timepiece was inspired by the Roulette wheel and the Baccarat gaming table, mixing these two together into a design which looks like a miniature sculpture.

This intriguing watch is part tool, part toy, and it’s actually an evolution of an earlier casino-inspired watch from Azimuth, known as the SP-1 Roulette. Compared to the SP1, which was a bit more simple and also a bit smaller, the King Casino watch will help you make a bold statement with a striking 45mm case and obviously, those chic Baccarat touches. 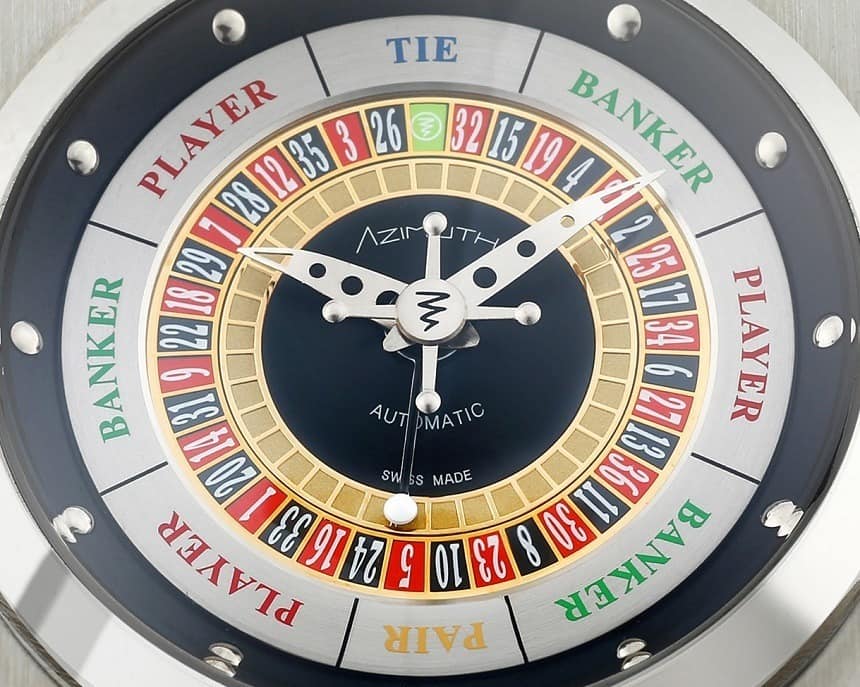 Both watches have dice-shaped winding crowns, which serve two purposes: they set the time and they’re also used to operate the special game function of the watch, which activates the spinning ball. When you push the dice twice, the ball spins around the roulette dial and stops randomly, always landing in the slot at the base of any given number.

The whole picture gets even more interesting, as the position of the ball could also serve as a good luck charm for you. The outer chapter ring says “Player”, “Banker” or “Tie” and combining this with the ball’s position could give you an idea on what to place you bets on when you don’t know what to do. 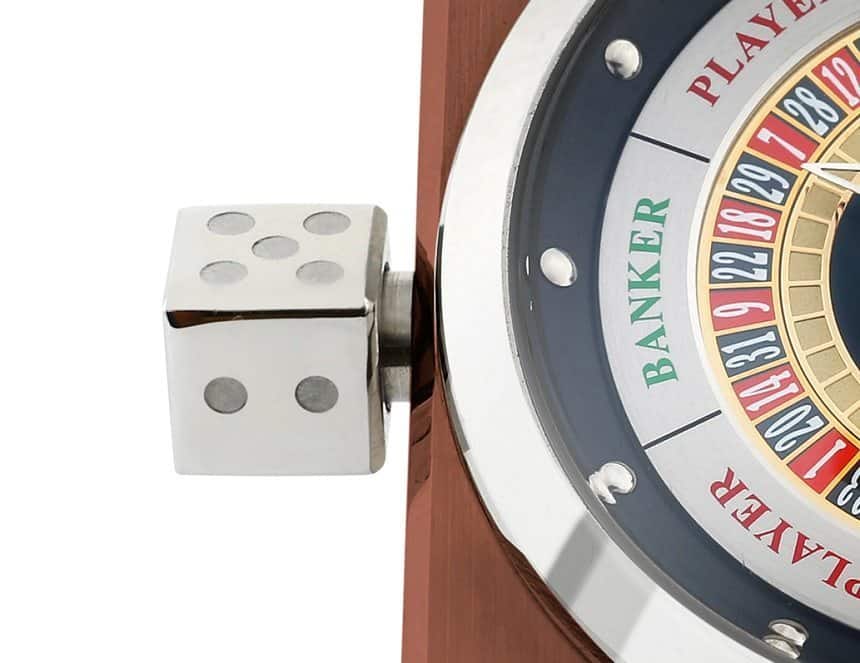 If this watch really works, I’m sure the Azimuth King Casino will be a real hit for everyone. They should make a game-themed watch for everything, from blackjack to Australian Online Pokies and even if it doesn’t help you win, this watch will still be a super cool thing to wear, with that 3d roulette dial that’s encapsulated in a domed sapphire crystal.

Azimuth has released three versions of the King Casino watch: in stainless steel, a yellow gold plated version and a stainless steel and chocolate colored PVD model, each of them coming with a high great leather strap and folding buckle.

All three versions are priced at 3,650 Swiss francs, which is not that expensive for the visual impact it would make. 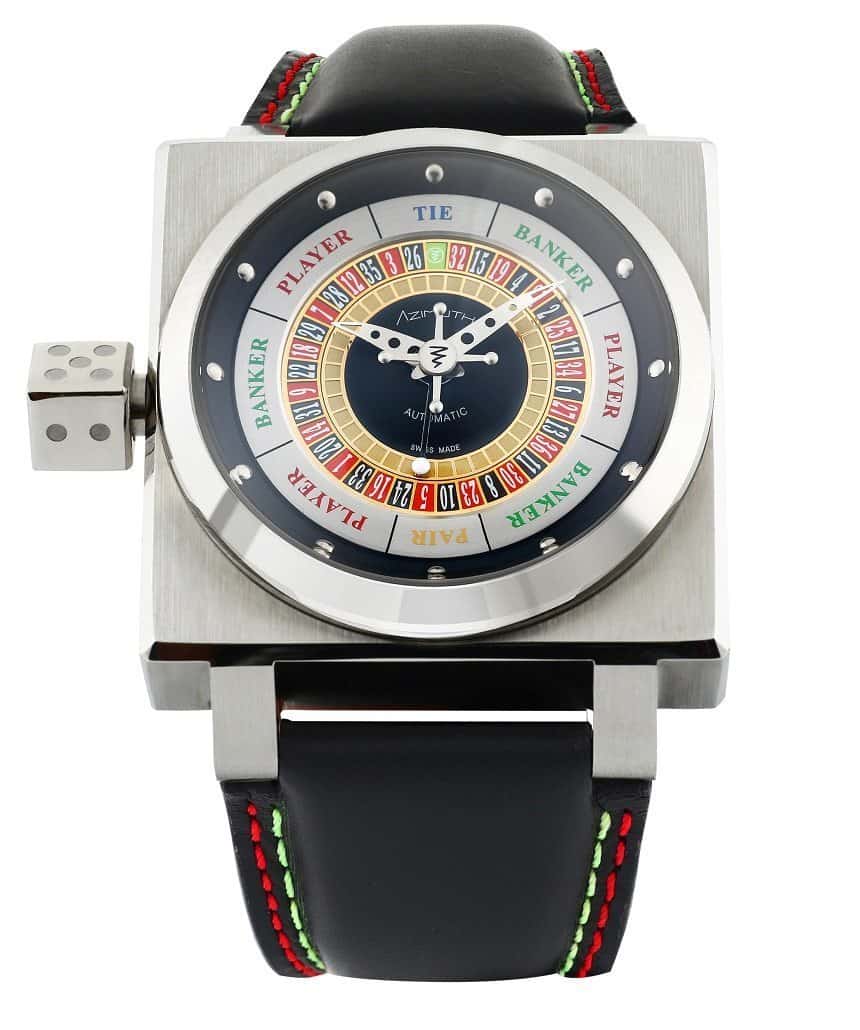 Should You Disable Comments on Your WordPress Blog?