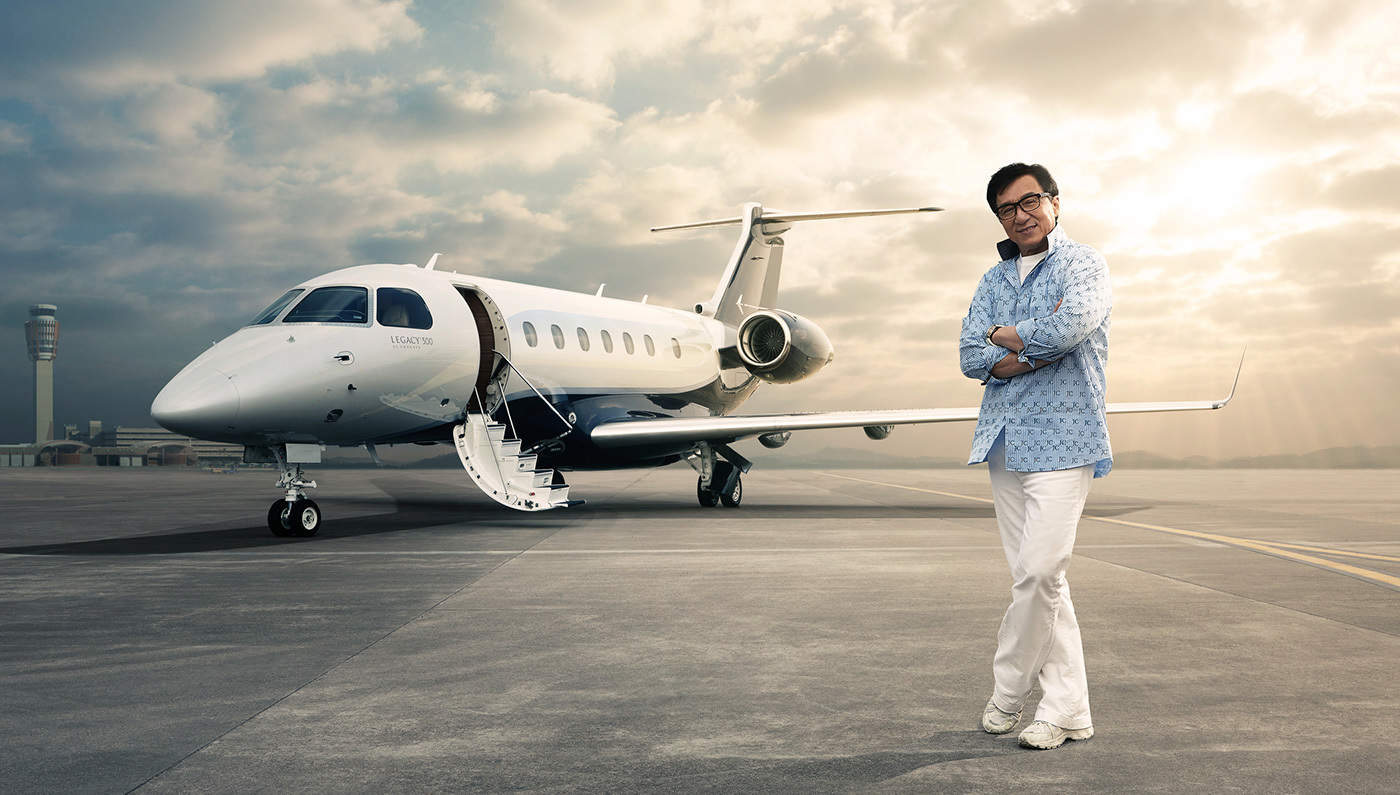 Everybody’s favorite guy, the super funny and always ready-for-action movie star Jackie Chan has decided that cutting to rush hour traffic has become boring and time-consuming. As such, the action-film star has become the first customer in China to take delivery of his very own Embraer Legacy 500 jet.

Chan became an ambassador for the Brazil-based aircraft manufacturer back in 2012, with his first purchase, and it looks looks he plans on expanding his international schedule even further. The Embraer Legacy 500 is the best plane in its class, which is why it starts off at $20 million. 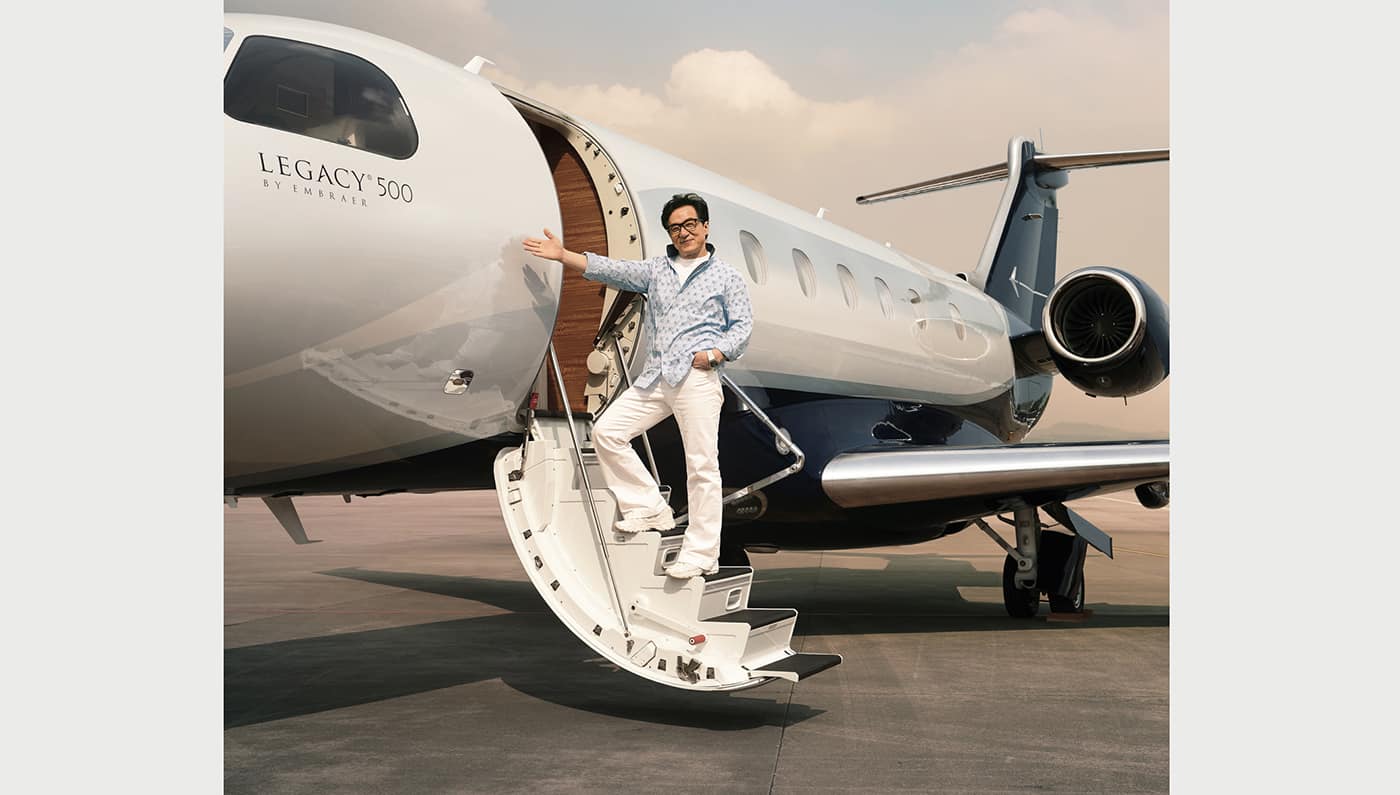 Jackie Chan’s Embraer Legacy 500 is the first executive jet of its size to feature side-stick flight controls, complemented by a wide selection of visual displays and a cockpit equipped with a Rockwell Collins Pro Line Fusion avionics suite.

In case you don’t know this yet, the latest Legacy jet is powered by two Honeywell HTF7500E engines, enabling it to cruise at up to 45,000 feet with a range of 3,596 miles, which basically means flying from Los Angeles to Honolulu, nonstop.

The private jet can easily accommodate up to 12 passengers in incredible luxury, featuring a surround-sound, high-definition entertainment system and eight club seats which can transform into four beds, if you need them to. Rush hour? What rush hour? 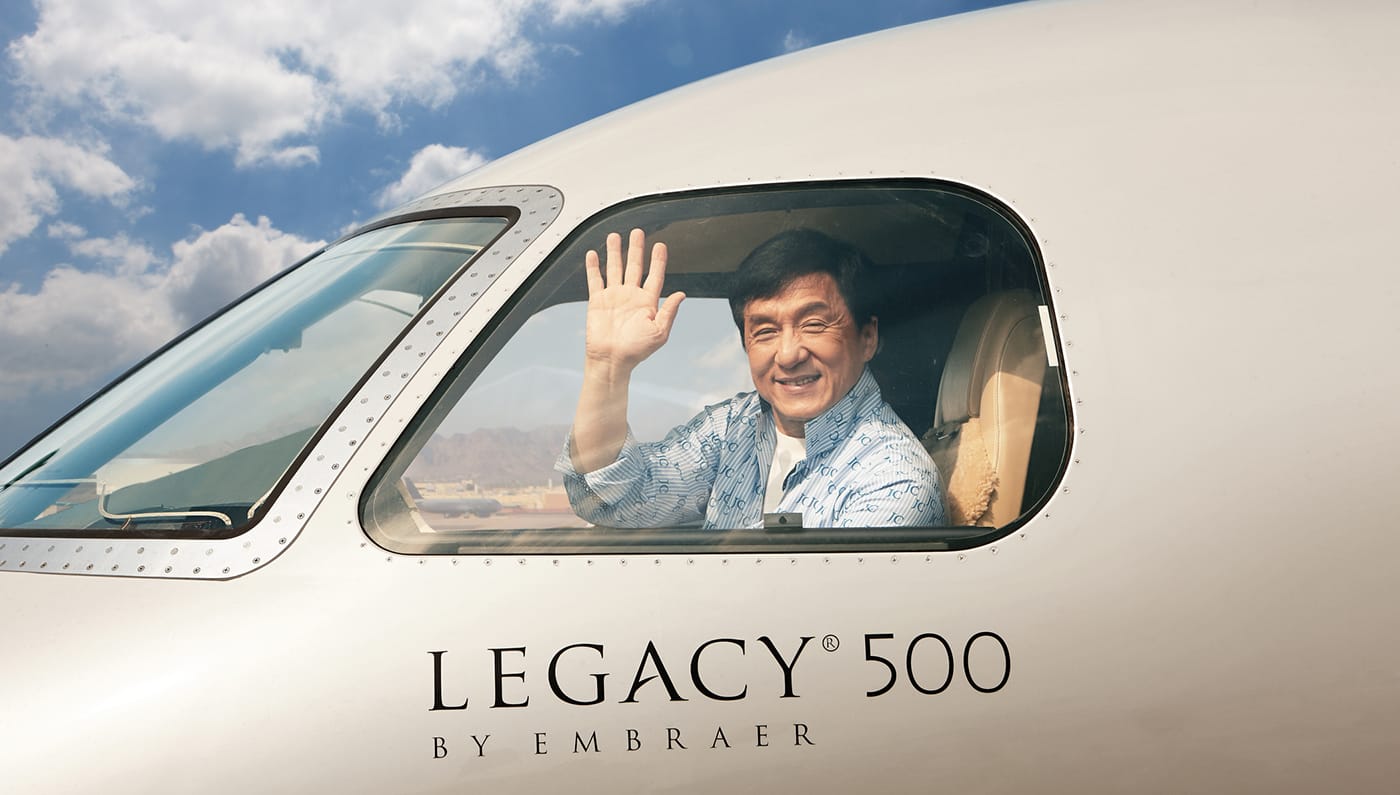