Harrowing as it is to confront this fact, it’s been almost 15 years since I last touched the original Mass Effect. I was just a fresh-faced 13-year-old who didn’t know anything about the world, but I had a healthy appetite for video games and access to the first title in what would become one of the most celebrated trilogies in the medium’s history.

Needless to say, a shined up re-release was always going to be right up my alley.

One stellar sequel, a controversial trilogy ending, and a failed reboot we don’t need to talk about later, Mass Effect: Legendary Edition is here to bring some of that magic back in the form of enhanced remasters of the first three games in developer BioWare’s hit series. Minus some irrelevant DLC from the first game and Mass Effect 3‘s multiplayer mode, everything is here in upgraded glory.

Having finished the first game in the collection, I can confidently say there isn’t a better way for first-timers to hop on the bandwagon, but you should know going in that nearly a decade and a half of hindsight and political awakening haven’t been kind to major aspects of this trilogy. 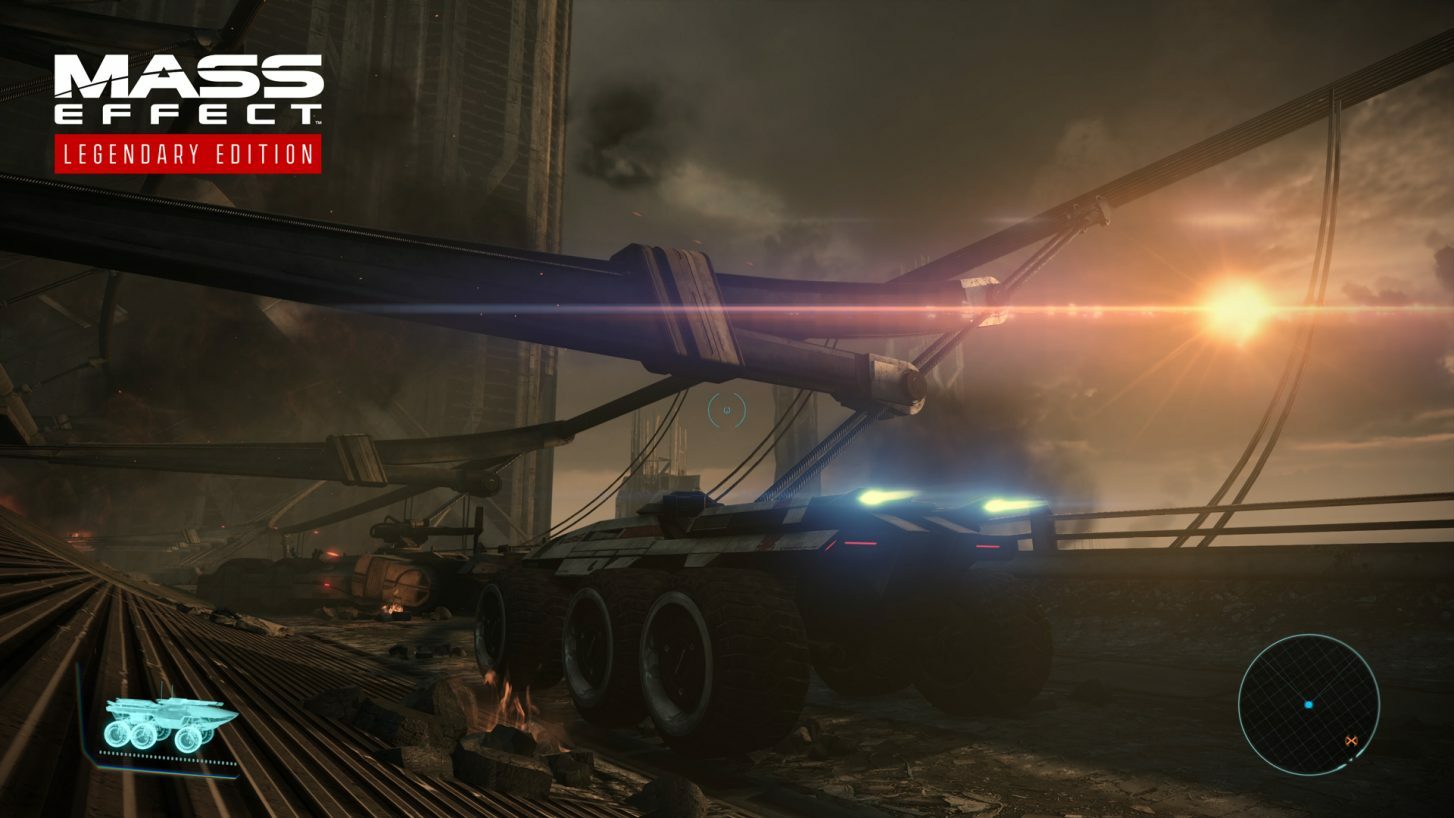 Some of the new exterior lighting is great.
Credit: bioware

A quick primer for the uninitiated: Mass Effect tells the story of Commander Shepard, a player-created agent of the multi-racial governing body for the entire Milky Way galaxy, known as the Citadel Council. Humans are the upstart new kids on the block, having just made first contact about 30 years prior. That means most of the other races (many of which have been spacefaring for centuries or even millennia) don’t exactly trust us and aren’t huge fans of our rapid ascension through the galactic ranks.

Shepard’s job in the first game is to mediate all manner of disputes on behalf of the Council and the human-centric Systems Alliance, ranging from minor personal squabbles on the city streets of the Citadel to long-standing conflicts between races who have been at each other’s throats for longer than humans have known there was even life outside of Earth. Your vessel is the totally sick SSV Normandy (think of it as your own personal USS Enterprise) and your main tools are both your guns and your words.

The bulk of the gameplay is centered around dialogue sequences where you can choose the tenor of Shepard’s responses. Whether Shepard is a paragon of diplomacy or a violent renegade is up to you, and this applies not only to story missions where you run and around and fight on exotic alien planets but also to friendly conversations with your ship’s crewmates.

The big selling point in 2007 (and still now) was that your choices would carry forward not only to later in this game, but into the sequels as well. I get a little bit of a rush every time a decision I made resurfaces 10 hours later in a surprising way. Having also played through much of the Mass Effect 2 remaster with an imported save, I’ve also gotten a kick out of running into minor characters I wouldn’t have expected to show up past the first game and finding out how my choices affected them in the interim.

Sometimes diplomacy doesn’t work, though, and third-person shooter combat kicks in. It’s a video game, after all. 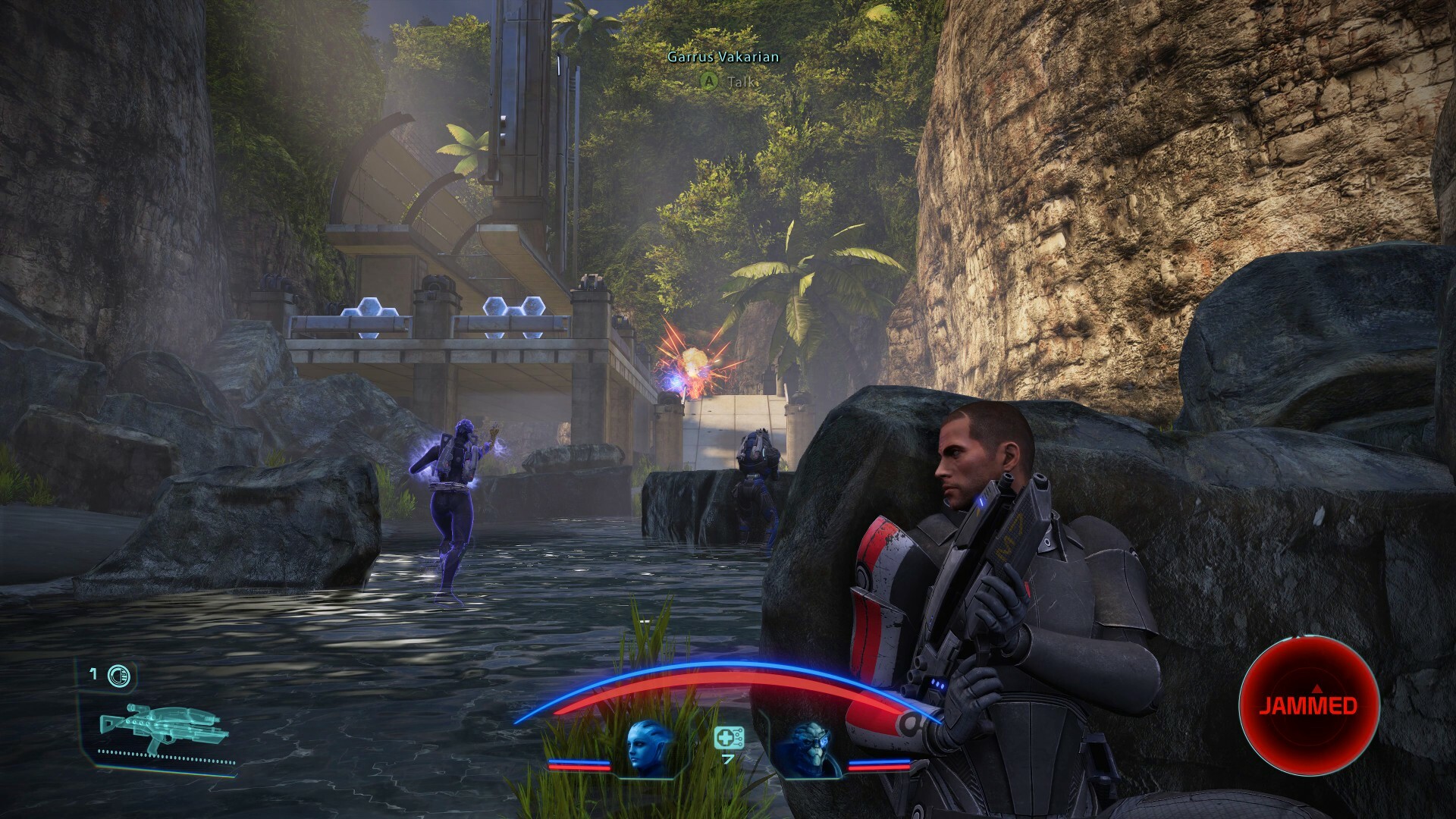 You’ll do a lot of this throughout the trilogy.
Credit: bioware

Mass Effect‘s story is what people generally remember the series for, but it’s completely unchanged in the new remasters. Instead, BioWare loaded its toolbox and went to town on fixing up the first game, which most fans agree is mechanically the weakest by a large margin. The idea of a shooter where weapon and character stats mattered was still somewhat novel in 2007; Borderlands wouldn’t come out for another two years and Destiny for another seven. Unfortunately, the part where you aimed and shot guns at enemies felt pretty awful the first time around.

That’s not the case with this remaster. BioWare re-tuned the combat to feel more like the sequels, which represented a massive leap in quality when they came out. All classes can use all weapon types now, the melee attack has a dedicated button (it was activated by sprinting into enemies before), and you can skillfully pop off headshots without worrying about being screwed over by a stat-based dice roll happening in the background.

These tweaks are all unequivocally for the best. Even with them, though, OG Mass Effect still doesn’t feel like a modern shooter. Shepard automatically and awkwardly pops into and out of cover when you move near it, cover placement in levels doesn’t always feel as advantageous as it could, and the enemy AI occasionally likes to run around in circles. That said, the new control tuning makes it several orders of magnitude more friendly than it was before. They even fine-tuned the famously unwieldy Mako vehicle sequences, making the six-wheeled rover actually sort of fun to use in combat and exploration now. BioWare also gave the first game a big visual refresh, though unfortunately that’s not without some problems.

Character models look sharper and cleaner to go along with big jumps in both resolution and overall performance on most platforms. The lighting has also been completely retooled to give the first game a brighter look overall. While most of the first game looks acceptable-to-good this way, there’s a considerable loss in mood lighting across a handful of areas. The Citadel’s Flux nightclub, for instance, is lit less like a seedy space club and more like a Walmart now.

Minor graphical quibbles aside, I came away from the remastered version of the first Mass Effect with a newfound respect for its vision. It’s a slower, more cerebral game than its sequels, with a distinctive 1970s sci-fi look and a foreboding, synth-heavy score. You have to really get to know your crewmates through conversation or seek out abandoned journals to access some of the best side missions, while the sequels spoon-fed those things to the player more directly. At the time, I felt that the two sequels were more palatable thanks to bigger budgets and more action-focused pacing. This remaster showed me that taking things slow and making the player sniff out the good stuff has its place, too.

It’s a shame I can’t say the same about some of the narrative elements.

You can’t fix everything

One of the big reasons why I was drawn to Mass Effect all those years ago is that it didn’t shy away from the complicated politics of its world. The majority of its races coexist peacefully enough, but some of them have carried out unspeakable atrocities against one another that still resonate in the game’s fictional present despite happening in the distant past. Metal Gear Solid was probably the only series I’d touched up until then that actually tried to say anything about anything.

Unfortunately, I’ve gotten about 15 years older and smarter since then and Mass Effect hasn’t. The most glaring flaw in Mass Effect‘s narrative is that Shepard is a big ol’ galactic super-cop. The Citadel bestows the title of Spectre upon Shepard at the start of the game, making them an agent who is free to navigate any issue in any way they wish, including with violence, and with near-limitless resources at their disposal. Massacre everyone in a hostage situation, including the hostages, and Shepard doesn’t face even the tiniest amount of accountability for it.

There’s far more nuanced writing on this subject from Grace Benfell at Paste and Yussef Cole at Polygon than I can offer here, but just know that it’s tough in 2021 to accept the idea that heavy-handed policing is at all necessary. It doesn’t matter that Mass Effect goes out of its way to justify it, including introducing an existential galactic threat that might necessitate desperate measures. Real cops who go too far also love to act like what they did was the only possible option in a given situation, even when we know that’s not true. 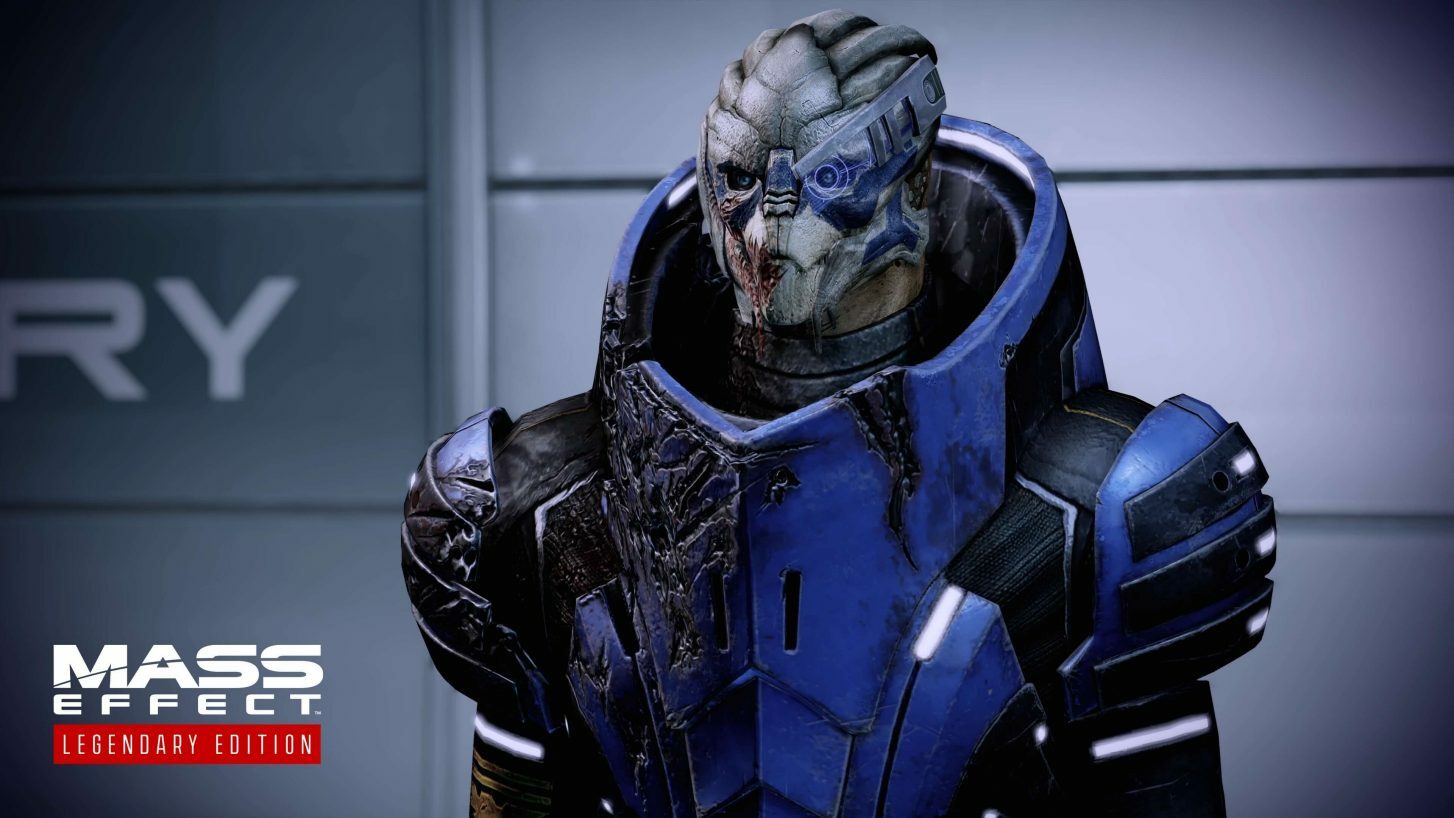 Garrus looks great in the remaster, but he still whines too much about rules.
Credit: bioware

That’s not to mention the first game’s fumbling of some other key issues, like the scientific genocide that’s been carried out on the Krogan race by the powers that be. One major story mission involves a possible cure for the airborne disease that was engineered to all but eliminate Krogan fertility, but the cure is being developed by the villain for the “wrong” reasons, so Shepard has to oppose it. The sequels make it clear that BioWare had other plans for how to eventually resolve that particular storyline, but the way it’s handled in the first game leaves a bad taste. As a player, you’d at least like the option to support curing a literal genocidal plague more forcefully than the game allows. It was as much a problem in 2007 as it is now, even if I didn’t personally see it that clearly back then.

I want to make it clear that I don’t think it’s a remaster’s job to change the content or intent of the text. This new collection reintroduces Mass Effect to modern platforms with gameplay warts removed and narrative warts preserved, which is how I’d go about it if I were in charge. It’s useful to confront the problems with something you love, and BioWare making any changes whatsoever to the narrative would be ahistorical at best and explosively controversial among the fanbase at worst. It doesn’t do anyone any good to ignore these problems, even if it can make diving back into the trilogy a little less fun than I’d like.

There’s a kind of joy inherent to revisiting something you loved many years ago. You get to retrace your steps and figure out how it did or didn’t shape your tastes in the time since then, as well as see which parts do and don’t hold up to modern scrutiny. It’s sort of like an archeological dig for your memories. I’ve had a genuinely great time playing through the Mass Effect series again, as I’m most of the way through 2 at the time of writing. But it’s tough to deny the stain of regressive politics that permeates major parts of its narrative structure.

The combat is still fun. The interpersonal relationships between Shepard and their crewmates, which can bloom into full-on romance if you so desire, still make it easy to get attached to all of these characters. It’s a gorgeous and enthralling fictional universe with a full history to discover and absorb. Most of all, this remaster is a mostly excellent way to experience all of that again or for the first time. All of that can be true while still acknowledging that some of its worldview needs to be left in the past when BioWare eventually gets around to resurrecting this dormant franchise with a new game.

The Best Microsoft Xbox One Games for 2021

Gran Turismo Sport Vs Forza Motorsport 7 – Which Is Best?