My AC won’t shut off. The thermostat is set to the off position, but my AC keeps running. That’s the exact message I received from my mother a few days ago. Like most people probably suspect first, my mother instantly thought her thermostat was broken. As a 30+ year HVAC service technician, I knew to start with basics before condemning the thermostat.

All heating & air conditioning thermostats are equipped with a “Fan” switch. Sometimes it’s a physical toggle switch that you manually shift from “Auto” to “On”. On a touchscreen thermostat it’s usually a setting on the home screen. In my experience, this is the most common reasons someone’s AC won’t shut off. In my Mom’s case, ‘someone’ had inadvertently turned that switch on.

Understanding the Fan Switch on Your HVAC Thermostat 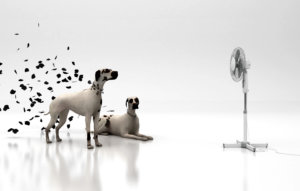 First, it’s important to understand which “fan” the fan switch controls as there are two main fans in an HVAC system.

Your air conditioner or heat pump is usually referred to as the condenser or outdoor unit. Your condenser is equipped with a fan, however that fan is controlled by the unit itself, not the user. This fan will turn on/off with the unit’s compressor and does so automatically.

Your air handler or furnace is usually referred to as the indoor unit. This is the fan you can feel moving air when you put your hand up to a register (a.k.a., vent). This is also the fan controlled by the fan switch on your thermostat. Technically it’s not that your AC won’t shut off, it’s your indoor fan that won’t shut off. It’s also not that it won’t shut off, it’s that you set it to not shut off!

If your AC is equipped with toggle or slide switches, you most likely see two of them. One labeled “Cool, Off, Heat” and the other (the fan switch) “Auto, On”. In some cases, you may also see a third setting “Recirculate”. Note, on touchscreen thermostats you will usually see the same settings on the home screen or by pushing the “Fan” button. First, let’s look at what each of these settings mean, then we’ll cover the purpose of the separate fan switch. 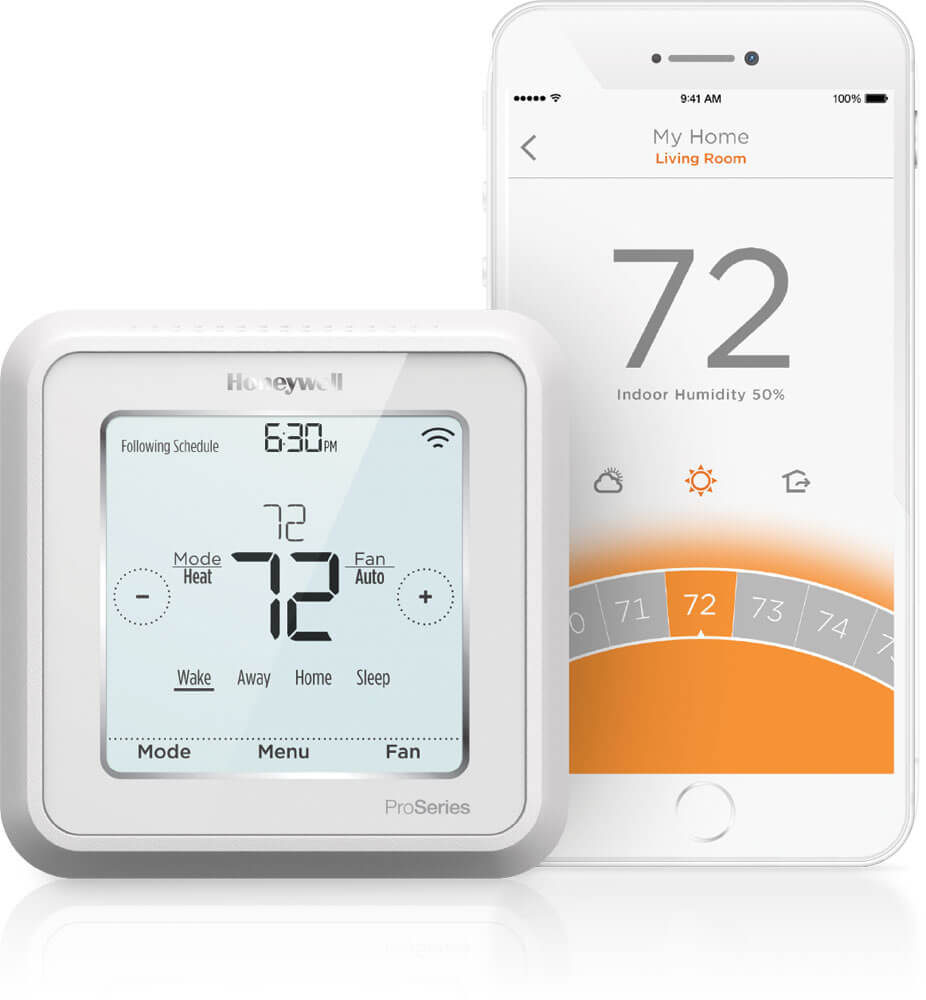 Why Your AC Thermostat Has a Fan Switch

Think of the fan switch like a whole-house ceiling fan. When you turn it to on, it constantly pulls air through the HVAC return and blows it back out the supply vents. The most common use for this setting is for air filtration. The more you move air across your air filter and/or air purifier, the cleaner your indoor air.

Some Fan Motors Are Efficient, Others Are Not!

In my own home, my fans are set to run almost constantly. I own two Lennox XC25 air conditioners and my Lennox furnaces have high efficiency variable speed motors. I also have Lennox Pure Air (air filtration and purification systems) installed in my home. Indoor Air Quality is important to me and my family, so we want to filter and purify the air as much as possible.

Since the fans are so efficient, it doesn’t cost me an arm and a leg to run them so much. However, not all fans are created equally. Some fans consume tremendous energy, especially in older units. If you’re not sure what type of fans you have, consult your HVAC Service Company before keeping your fans running. 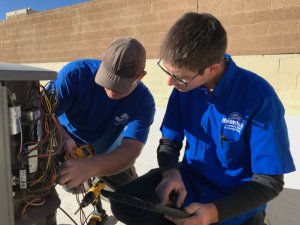 Another issue we see when a customer tells us their AC won’t shut off is a stuck contactor.

In this case, the part of the system that keeps running is the outdoor unit aka the condenser. A contactor is an electrical component that acts like a switch. It turns on/off the compressor and outdoor fan motor. The most common cause of contactor failures is lack of maintenance or failure to replace it when symptoms first appear. Though not always, electrical voltage spikes or under/over current can also cause a contactor to become stuck closed.

When an HVAC Service Technician notes your contactor is “burnt”, “pitted”, “discolored” or has “carbon buildup” he’s describing the “symptoms.” If he advises the issue is bad enough to replace now before a failure occurs, he’s doing you a favor*. These symptoms can, and often do, lead to contactors becoming stuck or “welded closed”. When this happens, your AC won’t shut off. However, in this case your indoor unit will shut off, but your outdoor unit won’t…which leads to bigger problems quickly.

*Assuming you’re working with a trustworthy HVAC Company. The easiest way to know is to ask him/her for a picture of the part/problem or the part itself. A good contactor will look shiny and clean, whereas a burnt or pitted contactor will have black marks and pitted metal contacts.

AC Won’t Shut Off – Bad Circuit Board or Relay

Today’s air conditioning and heating systems are equipped with printed circuit boards – what we used to call motherboards. Older HVAC units were more frequently equipped with electrical relays. Either way, if one of these components fails, it can lead to an AC that won’t shut off. As with the stuck contactor scenario, these types of failures require professional diagnosis and repair.

We Must’ve Gotten Our Wires Crossed!

The least likely, yet still possible reason an AC won’t shut off is a low voltage or control wiring issue. Multi-conductor wiring like thermostat wiring has very fragile insulation covering the wires inside. If that wiring insulation is ever broken and the conductors inside are close enough, it can cause this problem.

I’ve seen wiring that was damaged when a home was built and covered by drywall cause this problem years later! I’ve also seen cases where thermostat wire exposed to the elements too long lose their protective insulation and cause a unit to run continuously.

Your AC Won’t Shut Off – Now What?

While I have written plenty of articles for the DIY’ers, this really wasn’t intended to be one of them. I started the article sharing the story about my mother to save you a service call if it was simple user error. There’s no need to call a professional because someone in the home used the wrong setting on your thermostat.

However, I went on to share the other things that can cause an air conditioner to not shut off to educate. When it comes to your home’s HVAC equipment, you can make some expensive, or worse, dangerous mistakes if you don’t know what you’re doing. If you don’t live in Magic Touch’s service area, refer to the BBB, Angie’s List or Google Reviews and find a highly rated HVAC Company to diagnose and repair the problem.

If you live within a 35-mile radius of Mesa, AZ however, you’ve already found Magic Touch Mechanical. It just so happens we have an A+ BBB rating, 650 A+ Angie’s List Reviews, and 450+ 5-Star Google Reviews. Ironically, we also know how to diagnose and repair a heating system or AC that won’t shut off!

Looking for a great deal? Check out our COUPONS & PROMOTIONS then CONTACT US TODAY!

Getting ready for the change in seasons? Ceiling Fan 101: Ceiling Fan Direction in Summer & Winter

The Most Important Analytical Skills (With Examples) – Zippia

Why Should You Choose Gold ETFs? Benefits And Preferred Funds