Philip Hampson Knight was born on the 24th of February 1938 in Eastmoreland, in the Portland neighborhood, as the son of William W. Knight, a lawyer who also worked as a newspaper publisher, and Lota Knight. 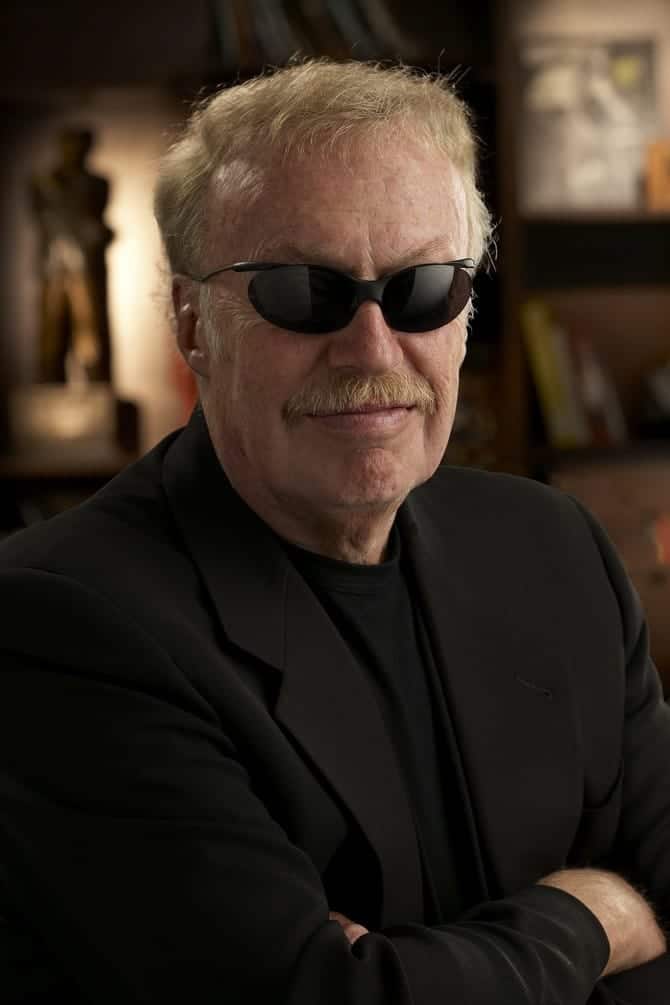 While studying at the Cleveland High School he wanted to work at his father’s newspaper (called Oregon Journal) for the summer, but he didn’t allow this since he thought that he should find work by himself. That’s how he started working for the rival local newspaper called Oregonian. He was tabulating sports scores in the morning and had to walk a distance of seven miles from home to work each day.

After finishing high school he went to the University of Oregon in Eugene and he joined the Phi Gamma Delta fraternity. He studied journalism, working as a sports reporter for the Oregon Daily Emerald and earned his degree in 1959. While at the university he also did sports, and as a runner he won varsity letters due to his performances in 1957, ’58 and ’59. 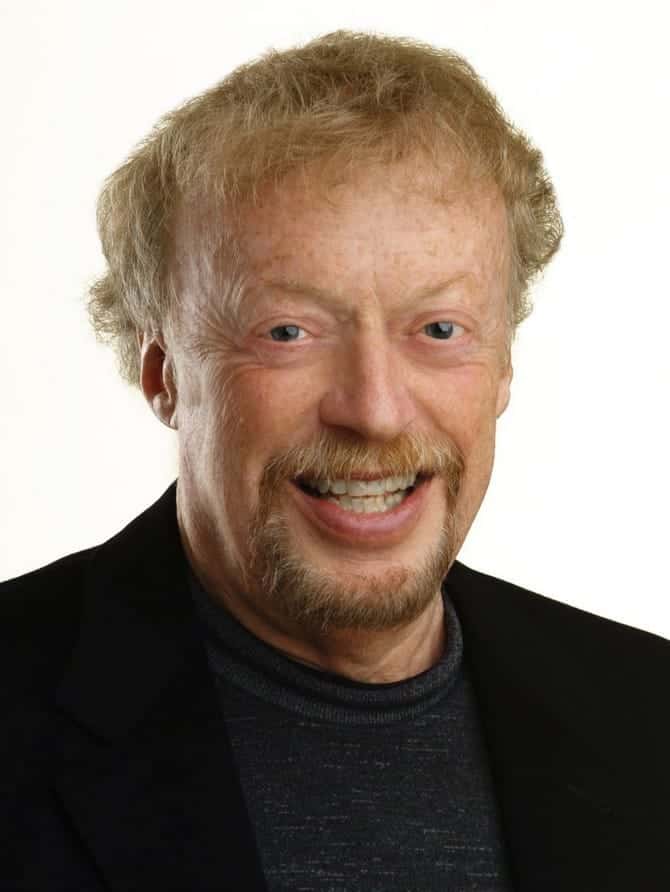 After graduation he enlisted in the Army, serving one year of active duty and seven years in the Reserve. Once he returned he enrolled in the Stanford Graduate School of Business, becoming interested in entrepreneurship and especially admiring the classes taught by Frank Shallenberger.

During these courses he had to create a business plan and the work he started was called “Can Japanese Sports Shoes Do to German Sports Shoes What Japanese Cameras Did to German Cameras?”. This was the first time when he had the idea of selling running shoes. 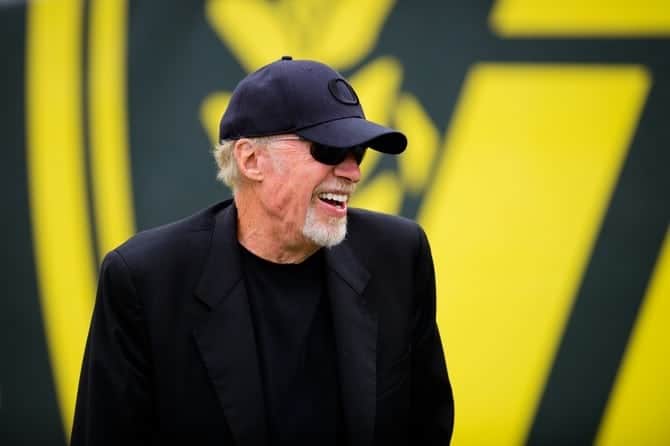 In 1962 he received the master’s degree in business administration and went on a trip through the world. Among the places he visited was Kobe, Japan and here he discovered the Tiger running shoes manufactured by Onitsuka Co. Their high quality and low cost made a lasting impression, so he tried to reach Mr. Onitsuka who offered him the distribution rights to the western side of United States. 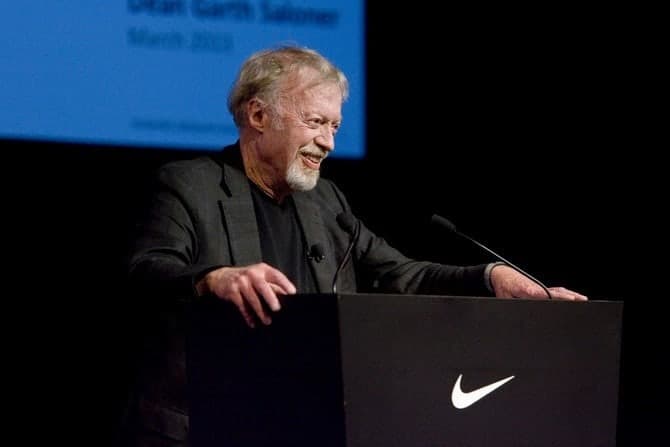 His first jobs after graduation were as a Certified Public Accountant at Price Waterhouse and later on at Coopers & Lybrand. His knowledge about business also allowed him to occupy a position of assistant professor of business administration at the Portland State University.

He met Penelope Parks while working at the university and they got married on September 13, 1968, having four children together: Matthew, Travis, Christina and Alexis. 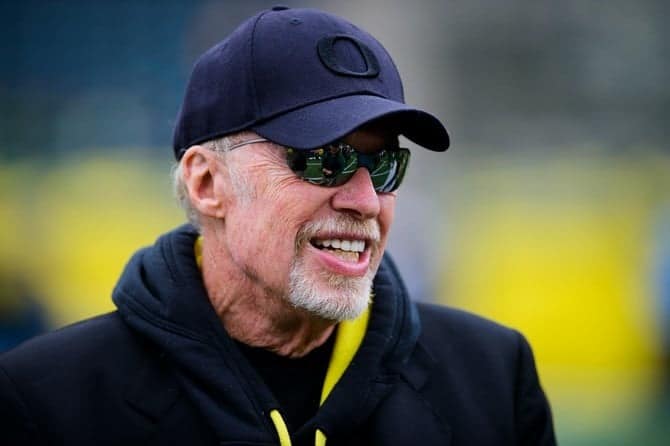 It took over a year to finally receive the first samples of Tiger running shoes and the first two pairs were mailed to Bowerman from the University of Oregon, hoping to receive an endorsement. He offered to become partner with Phil after inspecting the shoes and he offered product design ideas, beginning a partnership on January 25, 1964, creating the Blue Ribbon Sports company.

The sales of their shoes were done from a green Plymouth Valiant car at the track meets over the Pacific Northwest and the sales increased sufficiently to allow him to leave the accountant job by 1969 and dedicate his entire attention to the sports shoes business. 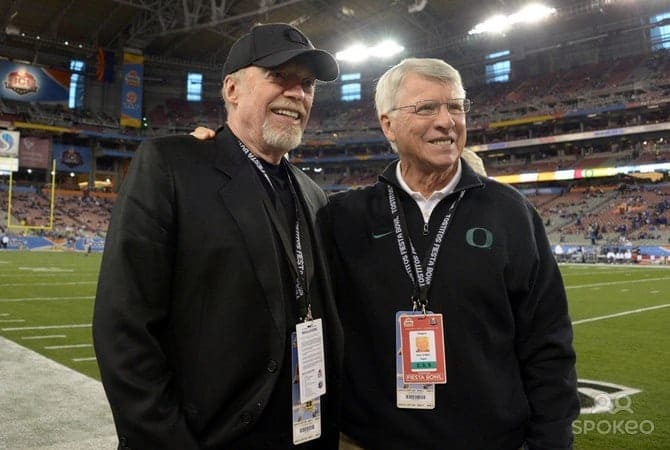 The company name was changed to Nike at the suggestion of Jeff Johnson, since the Greek goddess symbolized victory and had wings, just the idea that the sports shoes wanted to convey. A new logo was also commissioned from Carolyn Davidson in 1971 for the price of $35 and today it is considered one of the most impacting logos in the world. Knight said about it “I don’t love it, but it will grow on me”. And it quickly grew on everybody else as well. Since the large growth of the company made it worth a lot more than when it began, the creator of the logo, Carolyn Davidson received in September 1983 a part of the Nike stocks for her contribution.

Phil founded the Athletics West American running team in 1977 together with Geoff Hollister and Bowerman.

During the 1990s Phil Knight was already a wealthy man and he helped the Will Vinton Studios expand, taking 15% stake in the company and employing his son Travis in the company. The badly managed business made Knight finally purchase the entire company and assume control, putting his son in the board in 2003 and the company was rebranded Laika, making the feature film Coraline in 2009 which was a success. 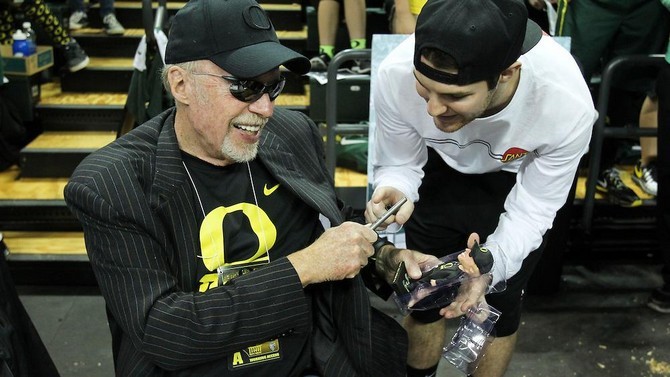 Two years after buying Vinton, his son Matthew died on May 2004 from a heart attack while scuba diving and at this time he was filming a fund raising video for the Christian Children of the World in El Salvador. The short film Moongirl created by the Laika Studio in 2005 is dedicated to Matthew and the sudden blow made Phil change the way in which he saw the world, saying that “it brought the family closer” and deciding to resign as the CEO of Nike, which he did on November 18, 2004. He still retained the chairman of the board position and he was replaced by the former CEO of SC Johnson & Son, Inc. William Perez.

He spent the next years focusing on donations to entities such as the Stanford GSB in 2006, to whom he donated $105 million, the largest individual donation made until that time for an American business school, leading to the creation of a campus called “The Knight Management Center” to honor the philanthropic service.

His contributions to sports in the Oregon region awarded him with an induction into the Oregon Sports Hall of Fame in 2000 and in August 2007 he announced that he will donate $100 million more for the foundation of the UO Athletics Legacy Fund that would help support athletic programs at the university. The OHSU Cancer Institute also received significant donations, namely $100 million, making it the largest gift in the history of the Oregon Health & Science University. 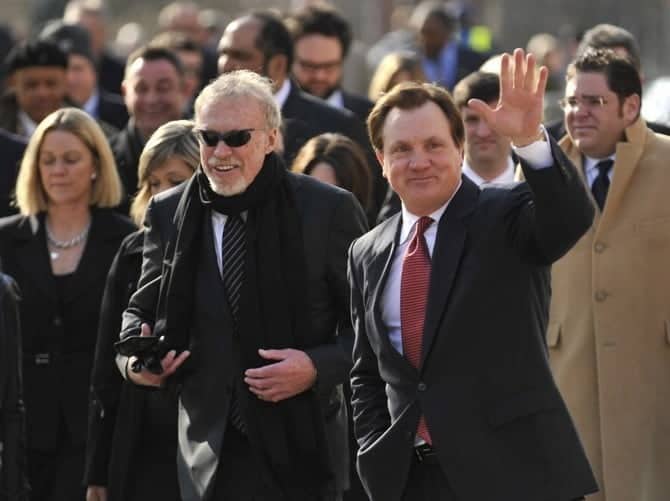 His help to the University of Oregon is substantial to say the least and he also was involved in politics, contributing to the defeat of the Oregon Ballot Measures 66 and 67 which would increase the income taxes on some corporations and individuals with high income.

Today Nike sells sportswear in almost every country on the planet and the revenues increase each year, putting Phil Knight at a net worth of $23.1 billion dollars and thus making him the 35th richest person on the planet according to Forbes magazine. 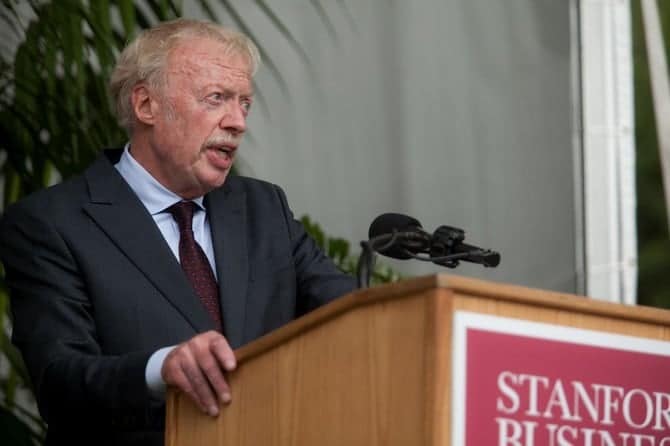 Trackbacks vs Pingbacks vs Webmentions for WordPress