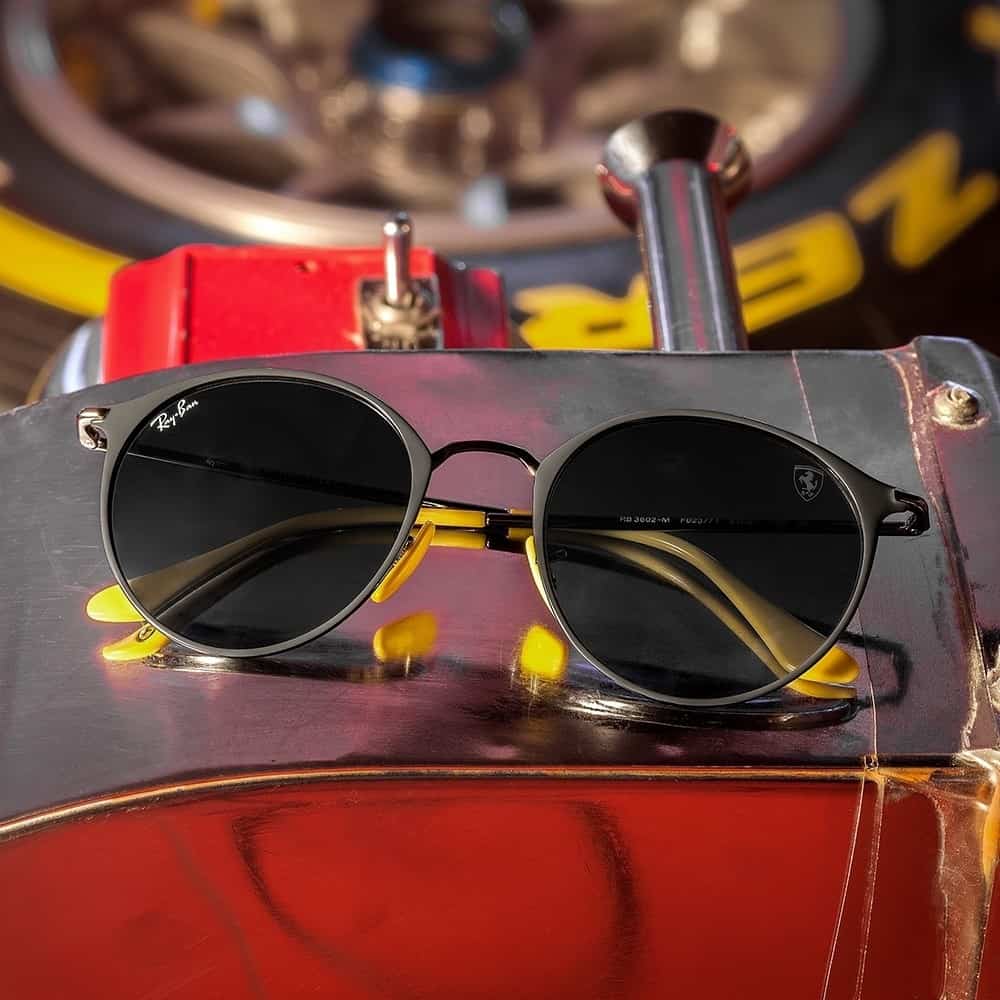 For a second year, Luxottica will be featuring their Ray-Ban Scuderia Ferrari sunglasses at airports all around the world, to coincide with Formula One global race events.   Ray-Ban have worked closely with Scuderia Ferrari for three years now, having signed a multi-year licencing agreement in 2016 for the design, manufacture and sale of a collection of eye wear, branded Ray-Ban  and Ferrari.  Ray-Ban branding also appears on the Formula One cars of Sebastian Vettel and Kimi Raikkonen.

Inspired by the style, excitement and global reach of Formula One racing, the Scuderia Ferrari Collection presents five new Ray-Ban styles which offer a fresh take on classic retro designs.  The designs foreground strength, lightness and flexibility.  Red, the heritage colour that Ray-Ban and Scuderia share, is deployed throughout the designs, in detailing such as temple tips and nose pads.

The instantly recognizable Scuderia Ferrari yellow, known as Giallo Modena, which traditionally provides the background to the Scuderia Ferrari racing shield, is also referenced in the design details of the sunglasses.  All frames come with specially designed packaging and the Ray-Ban Scuderia Ferrari shield on the lenses and temples.  The glasses are not yet available for prescription wearers, however many of the authentic and iconic Ray-Ban sunglasses are, including Wayfarer, Clubmaster and Aviator. 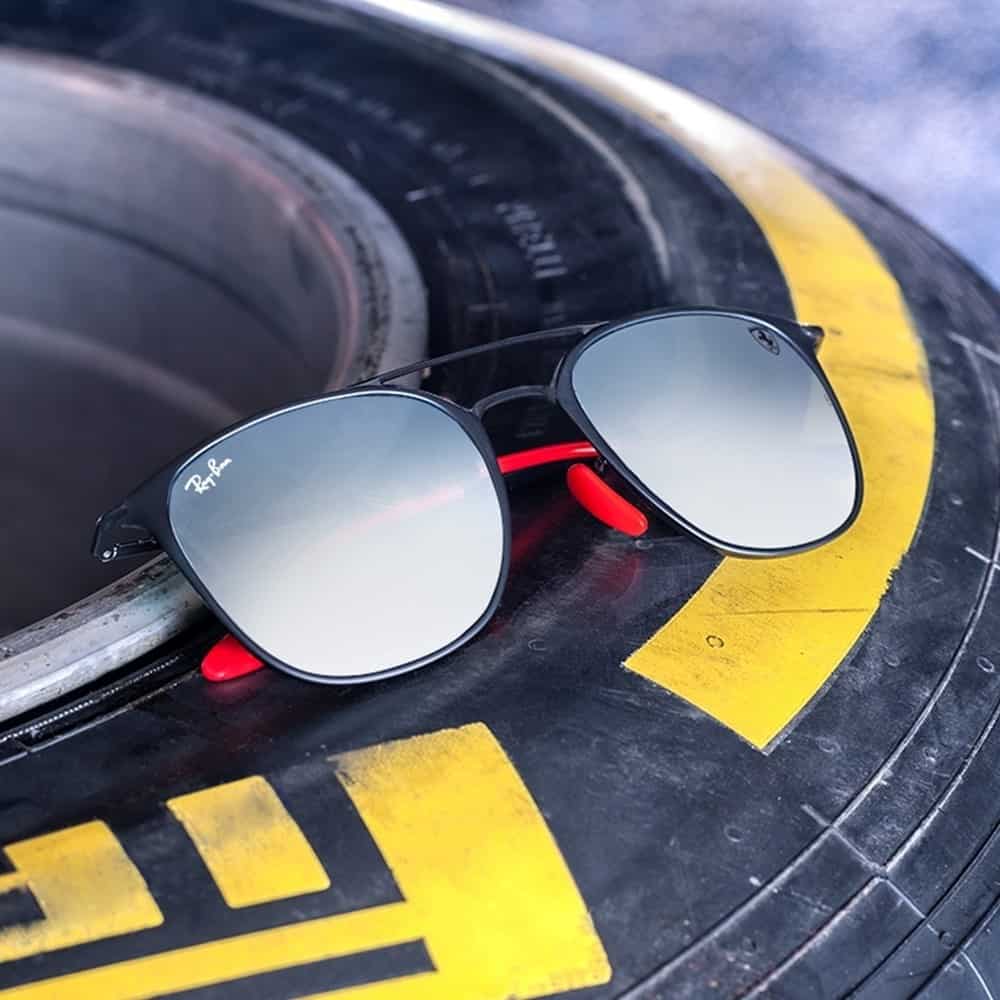 Luxottica have said that the 2018 ‘global roadshow’, staged at airports around the world, which promoted the Ray-Ban Scuderia Ferrari sunglasses collection, had been very successful.  The strategy was launched in 2016 with a series of high-profile retail installations at airports around the world, timed to coincide with key Formula One events. Luxottica’s Global Channels Director, Alessandro Pozzi has said that this was a ‘key component’ of Luxottica’s TRAVELevation growth strategy.  The promotions reflect the company’s strategy of targeted placement of exclusive products in the context of global travel retailing.

In 2018, dramatic and eye-catching animations were installed at Gatwick and Luton, Vienna International and Milan Linate.  A publicity barrage carefully timed to coincide with the British, Austrian and Italian Grand Prix.  This year we can expect an even more spectacular array of merchandising units, campaign visuals and digital screens.

Given the success of last year’s campaign we can expect not only even more dramatic animations but also a development of the strategy to tie in promotional set pieces with key events on the racing calendar.  Formula One races attract affluent clientele and the strategy to link Ray-Ban to the global Formula One circus is a brilliant stroke of global marketing. 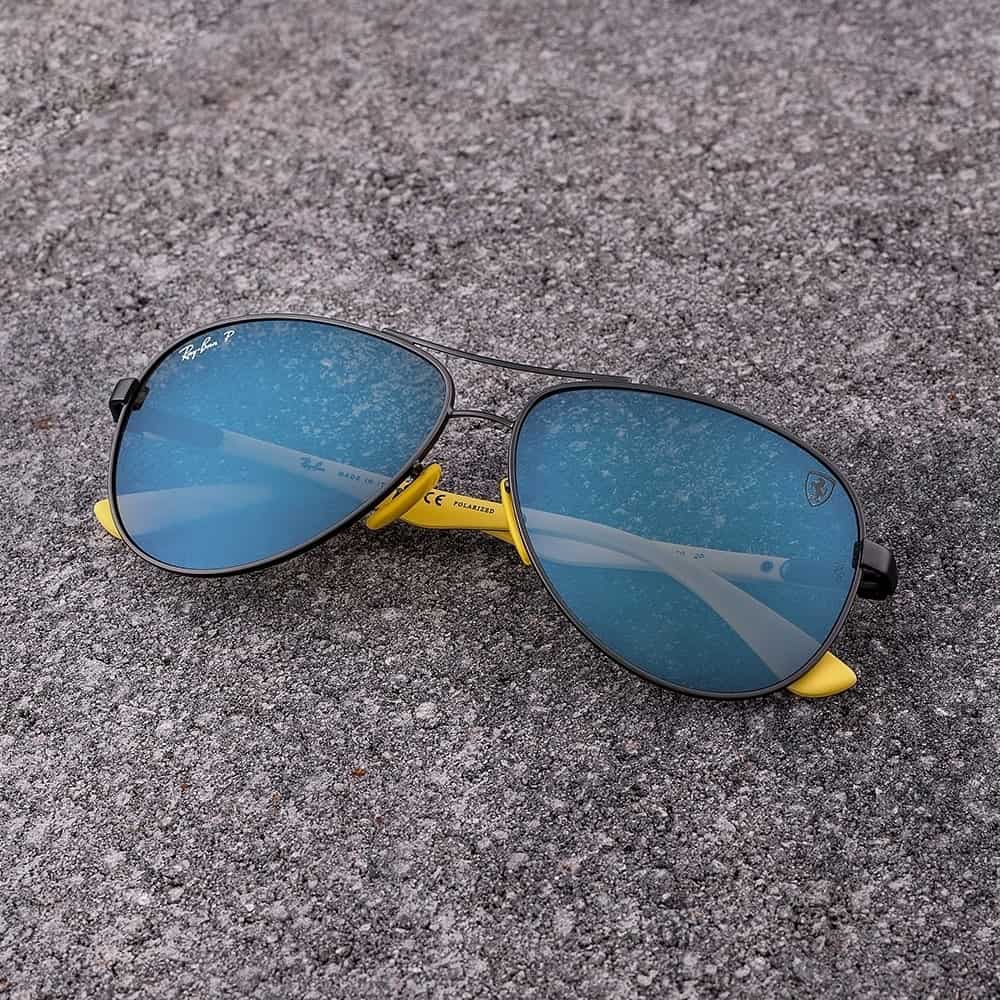 8 Critical Tests to Run Before Launching Your New Website