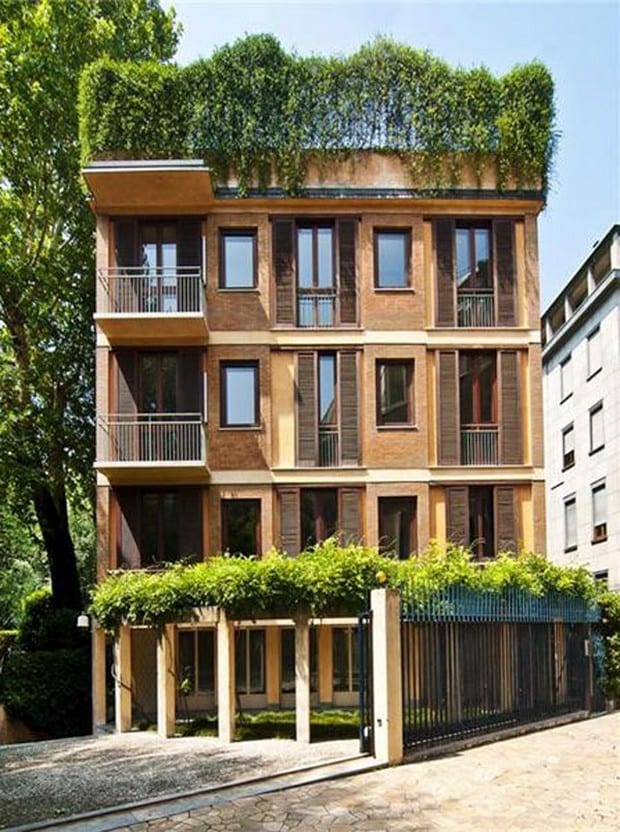 The co-chief executive officer of Gianni Versace SpA, brother of the deceased Gianni Versace and Donatella Versace, Santo Versace, has recently put his lovely mansion to sale for a staggering $63.8 million. Boasting with a simple design on the exterior but a mind-boggling level of architectural design and luxury on the interior, the residence is located Milan and used to serve as home to Santo Versace.

This particular sale comes 3 months after the famous listing of the grand Miami Casa Casuarina, the place where the fashion king Gianni Versace was assassinated by Andrew Cunanan, for a whopping $125 million. The residence, featuring 4 luxuriously appointed floors and a basement exclusively for staff members, can be found on Via de Diardini Milano, the only street to have trees, in the middle of the famous city.

In terms of accommodation, the mansion boasts with 2,100 square meters of living spaces, a 300 square meters rooftop terrace and 442 square meters of superbly trimmed and carefully doctored private garden. Furthermore, the property is described as a unique glamorous estate in Milan, having been penned down by Carlo De Carli and Antonio Carminati, significant representatives of the Modern movement.

The home was built back in 1954, with a floor based on an octagonal shape overlapping a rectangle, in fact one of the rarest, most interesting and carefully tended examples of post-war rationalist architecture in Milan.

Be a Master of Your Links