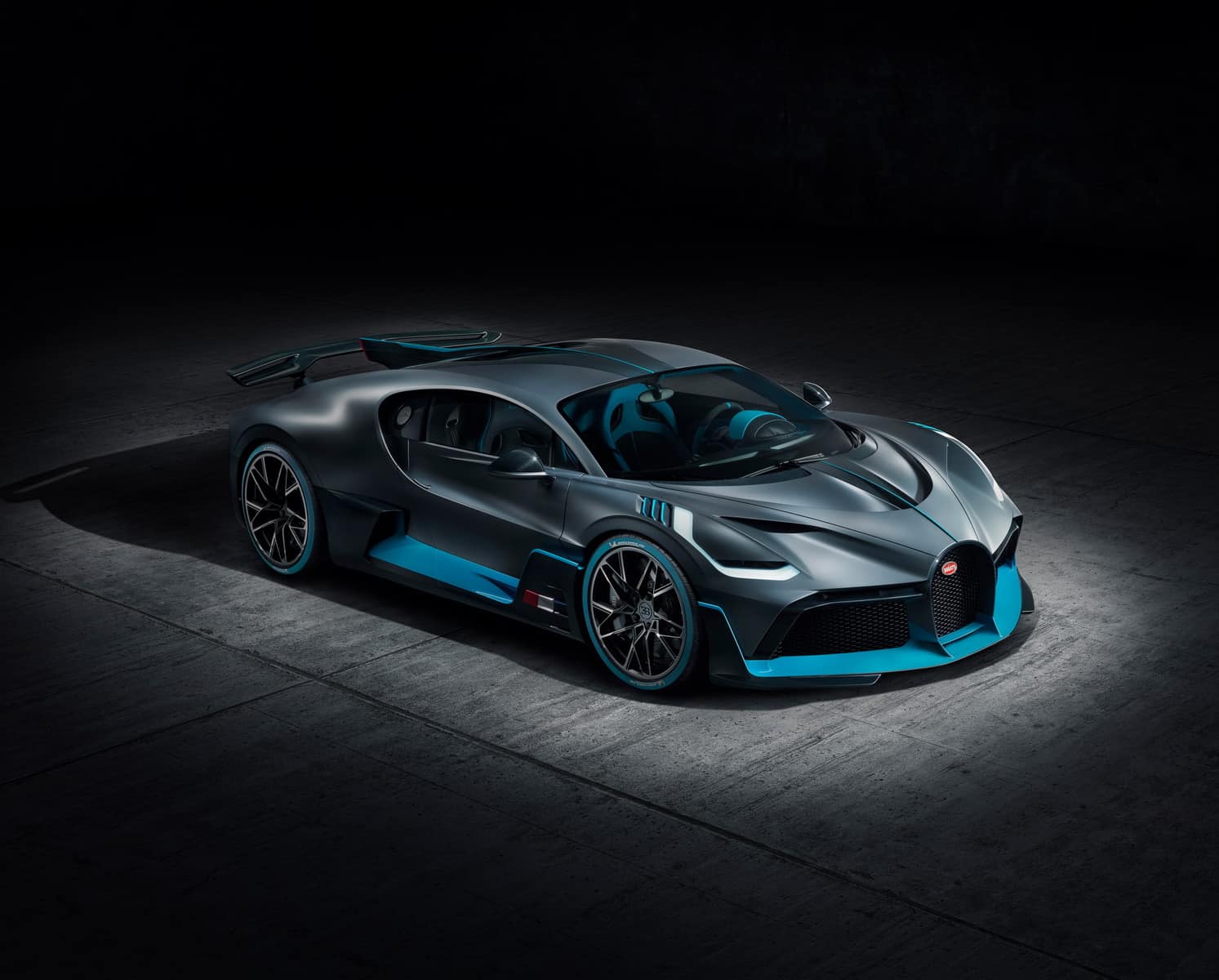 Ladies and gentlemen, there’s a new Bugatti in town and we’re all in awe right now! The Bugatti Divo took the world by storm a few weeks ago when it was unveiled at Pebble Beach, a rebodied and slightly reengineered Chiron that aims to redefine the balance of values by which the French brand lives.

First things first, the Chiron never looked so good, that’s why this new hypercar features a totally unique design, that also reminds us of the company’s tradition of coachbuilding. The brilliant designers and engineers from Bugatti have tried to push this car’s aerodynamics to perfection and they’ve made so many styling tweaks wherever you might look to get an additional 90 kg (198 lbs) of downforce.

The Bugatti Divo was built with a keen focus on handling and the radical front fascia, with massive air intakes and a wide front spoiler is just the first piece of the puzzle. This aggressive front-end significantly improves downforce and cooling, with the brakes cooled by four different air sources on each side of the car: the front bumper, small vents on the front wheel arches, an inlet on the front radiator and also air diffusers ahead of the tires. 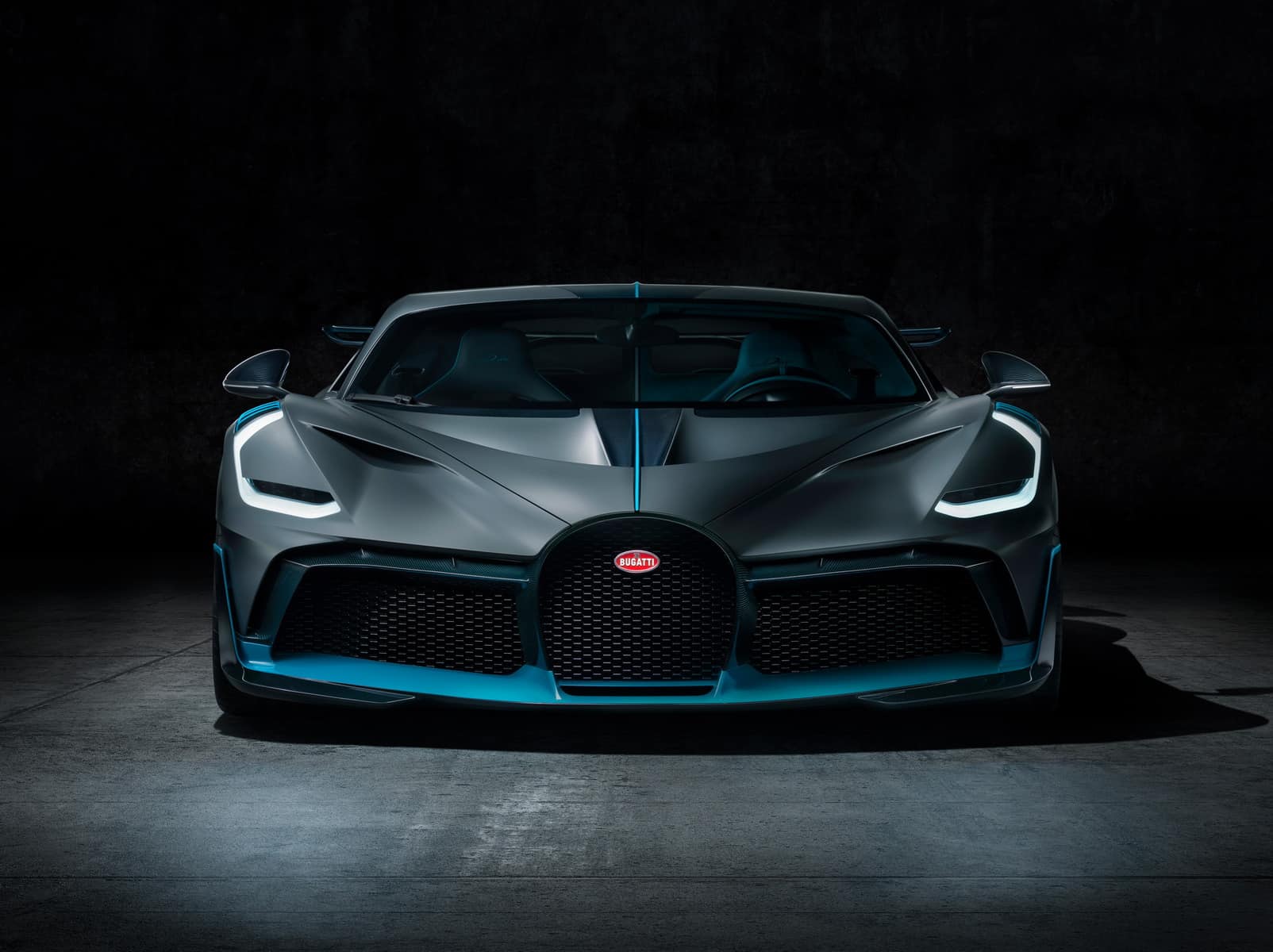 Other key aerodynamic tweaks include a larger rear diffuser that was specially designed to house a four-tailpipe exhaust system, brand new side skirts, a central fin and a stunning rear spoiler, that’s 23 percent bigger than the one on the Bugatti Chiron and also doubles as a brake, improving downforce and stopping performance in the process.

Another thing that’s really special about the Bugatti Divo is the car’s roof, that was designed in such a way that it becomes a NACA air duct that channels air to the rear of the car on that central fin. The powerful 8.0-liter W16 engine has also received a new engine cover that ensures a high volume of air always gets into the engine compartment, coupled with this special air duct.

Other notable changes at the exterior are the refined headlamps and tail lights, carbon fiber wiper blades, grooved wheel spokes and a large vent in the bonnet for improved radiator cooling. 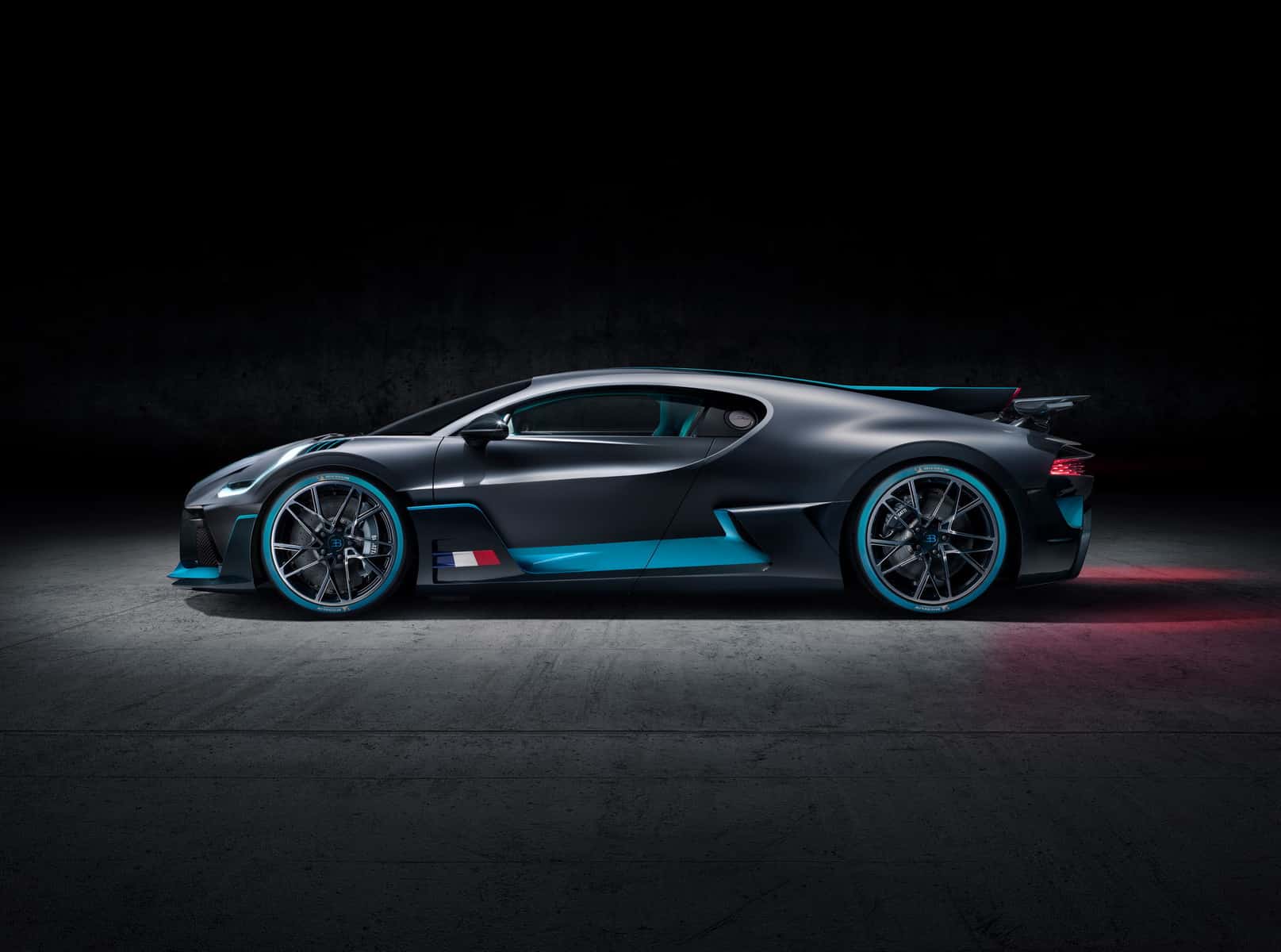 That might disappoint a few die-hard Bugatti fans, but this hypercar was built with track performance in mind and it’s not just supposed to go super fast in a straight line. The Bugatti Divo is supposed to be sharper, more agile and more nimble than the Chiron, and all those new aerodynamic elements and the extra downforce put a lot more pressure on the tyres. 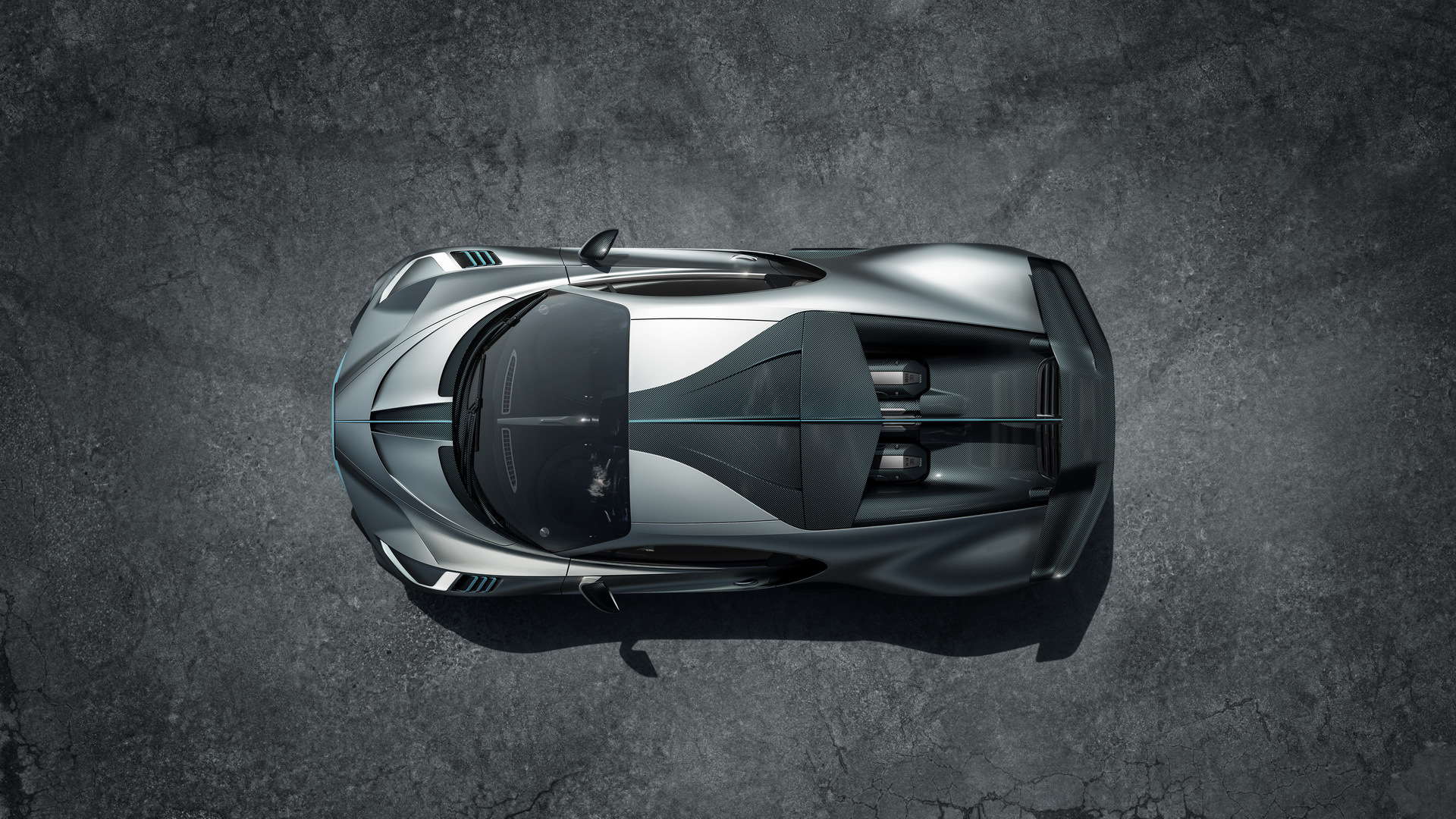 In order to turn this beast into the ultimate track-racer, the engineers from Bugatti have equipped it with stiffer springs and dampers, increased the camber and also made a few tweaks to the car’s steering system.

The Divo is also 35 kg (77 lbs) lighter than the Chiron Sport after it went through a special weight loss program, with less insulation used, a lighter audio system installed, and after the storage compartments in the doors and center console have been removed.

After all these upgrades, the Bugatti Divo has a higher lateral acceleration than the Chiron (1.6 g vs 1.5 g) and this hypercar managed to be eight seconds faster on the Nardò circuit than its predecessor. 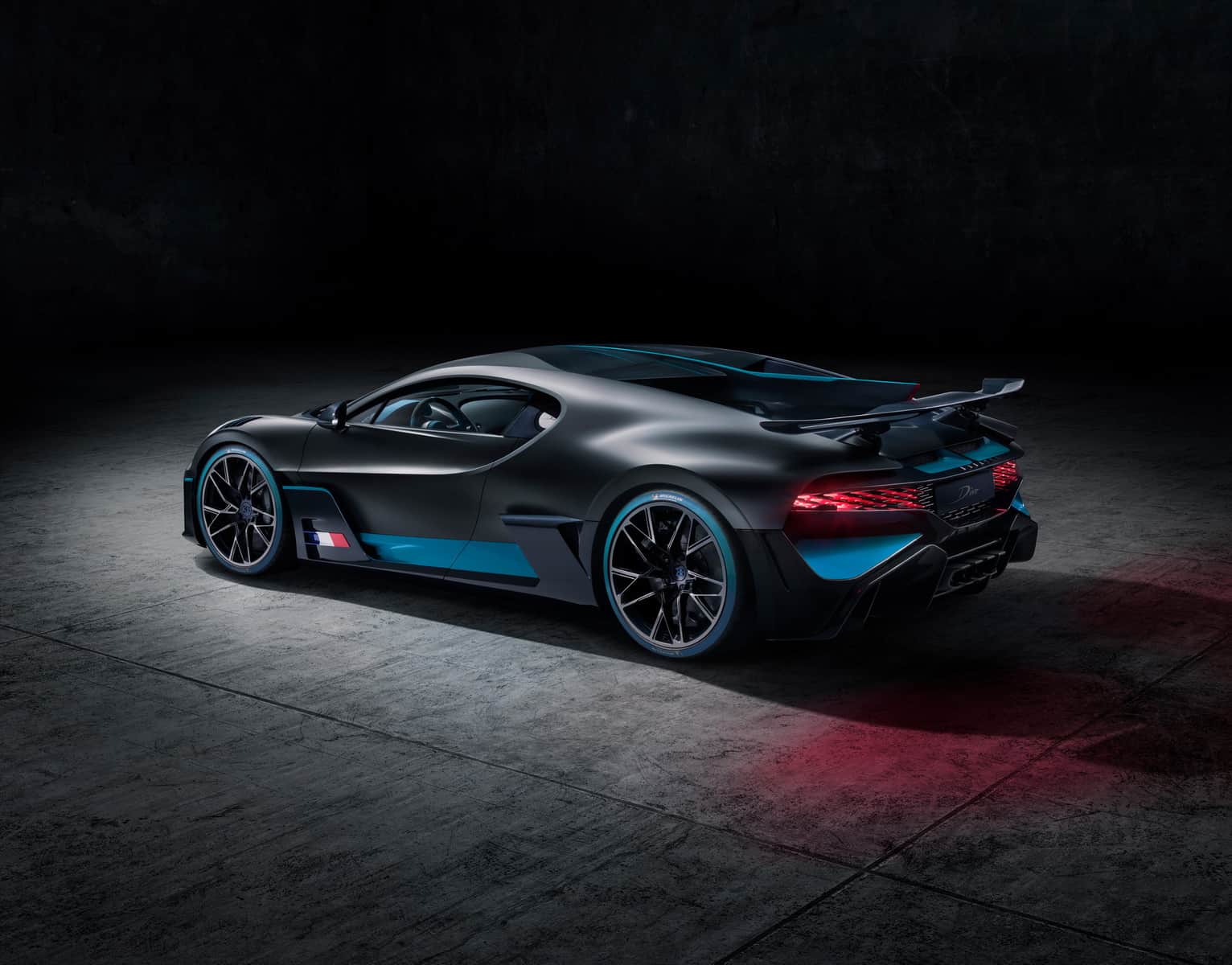 Inside the cockpit you’ll also find a few changes, with the luxurious vibe of the Chiron being replaced by exclusive carbon-fiber trim in order to save even more weight. A wonderful two-tone interior, with Divo Grey Alcantara and contrasting Divo Racing Blue accents, will most likely please everyone, while the glass-blasted anodized grey metal accents and the large paddle shifters on the steering wheel will get your heart racing.

In the end, we have some bad news. The Bugatti Divo will be produced in a very limited run of just 40 units and all of them have been pre-sold even before its public debut. The base price of the Divo is $5.8 million, which is almost twice the price of a standard Chiron.

How to Change the Default Avatar / Gravatar in WordPress [Plugin]