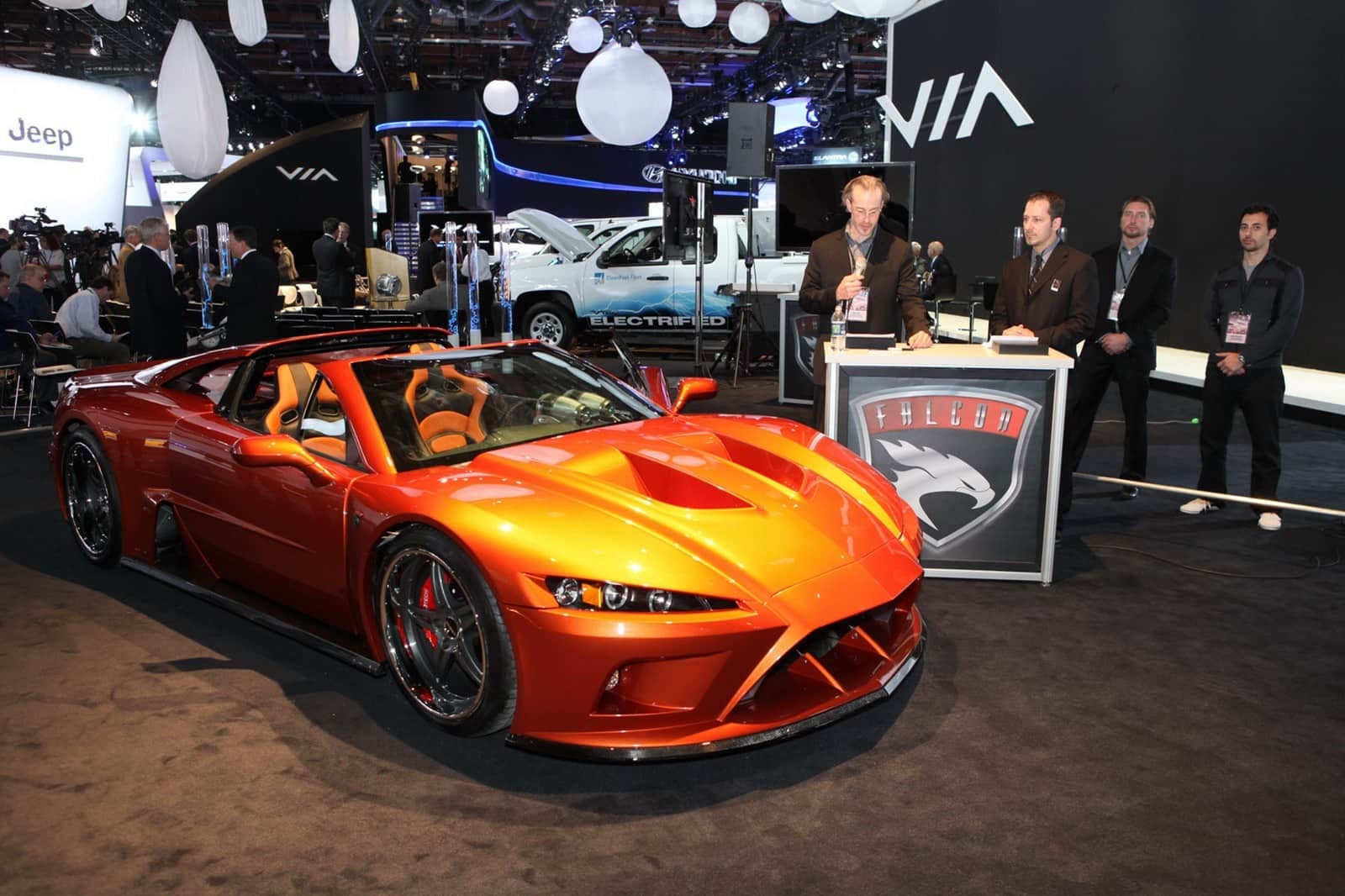 With its headquarters in Michigan, in Holly, a short drive away from Detroit, the Falcon company began the work on the Falcon F7 during 2009, unveiled a first prototype at the 2010 North American Auto Show and now, the project was finally completed and premiered at the 2012 Auto Show from Detroit.

Inspired from 1980’s supercars’ looks, its design expresses the ferociousness of beasts, while the interior is extremely comfortable and hospitable for even the large-sized individuals. The standard features that come with the vehicle are iPod docking station, Garmin GPS, keyless locking, power windows, air conditioning, Bluetooth connectivity, keyless ignition system and high-end audio system.

The car is built on a tig-welded aluminum chassis, with a carbon fiber tunnel integrated within it, plus carbon fiber body panels and also fiber-reinforced firewall and floor pan.

The car gets propelled by a V8 that comes from the Corvette, along with most parts comprised by the suspension system. The 7.0-liter V8 LS7 develops 620 HP at 6,600 RPM, while the torque peak goes as high as 585 lb-ft at 5,400 RPM. The propulsion system is naturally aspirated and linked to a 6-speed manual gearbox that assures rear-wheel transmission.

The manufacturer states that the car accelerates from naught to 62 mph in between 3.3 and 3.6 seconds, reaching a top speed of 190-200 mph, depending on the configuration. It can abide 1.1-1.3g forces of lateral acceleration and stops, thanks to a highly-efficient braking system, from 60 mph in less than 100 feet.

The Falcon F7 will be available in a limited edition of just 10 cars, each one costing at least $225,000. But the looks of this beast make us forget the humongous price.

An Encyclopedia of Essential Widgets for WordPress