Home ‣ Luxury Watches ‣ The MB&F Legacy Machine Thunderdome Will Cost You Up to $280,000 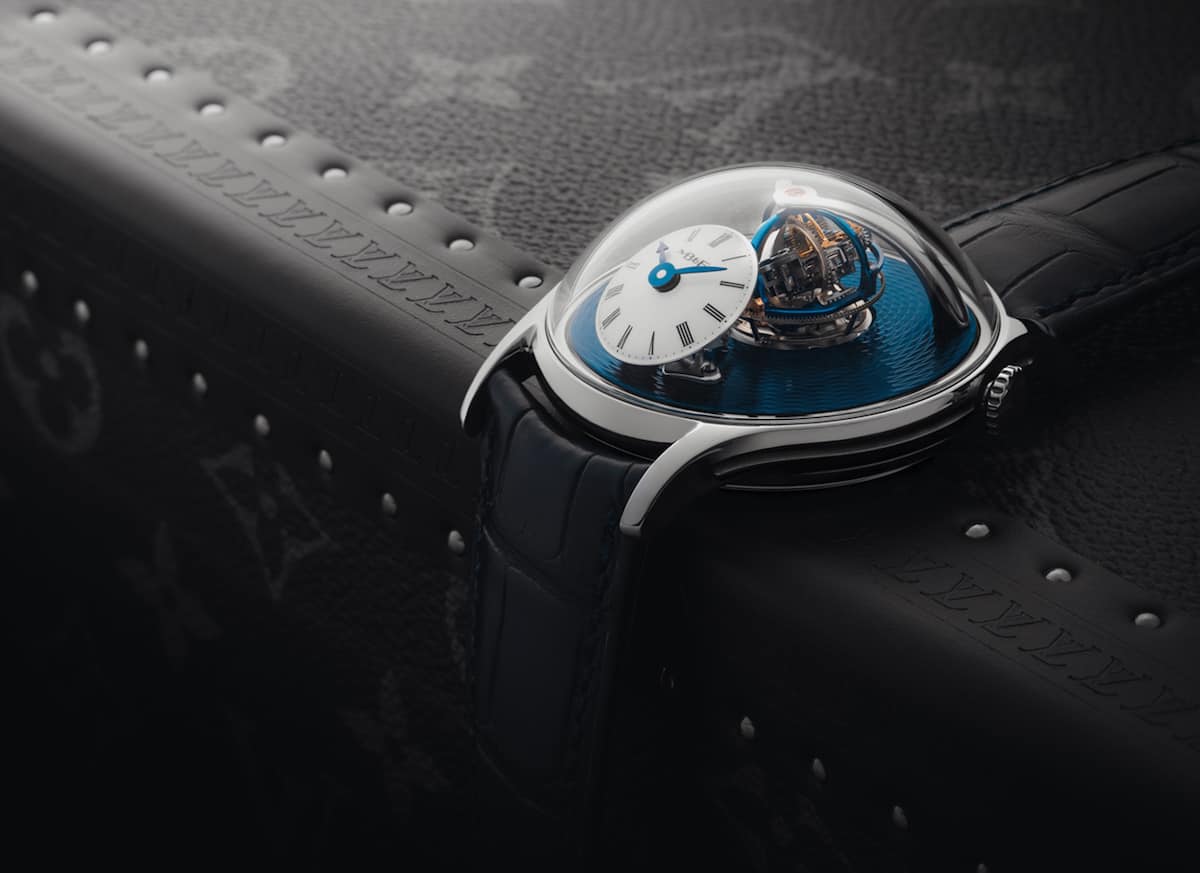 MB&F and Eric Coudray wanted to make the “craziest, most cinematic three-axis tourbillon ever” and the result is simply.. breathtaking. The innovative TriAx mechanism goes beyond the tourbillon, with a stripped down construction that involves a three-axis, two cage configuration, offering unbelievable visibility of the Thunderdome’s beating heart.

The watch also comes with an unusual Potter escapement that controls the rate at which energy escapes from the barrel using a fixed escape wheel instead of the mobile escape wheels that you’ll see in any modern rotating escapement.

This fixed escape wheel allows for higher rotational speeds, and the Potter escapement is also complemented by a hemispherical balance and helical hairspring, which is a unique combination as well. 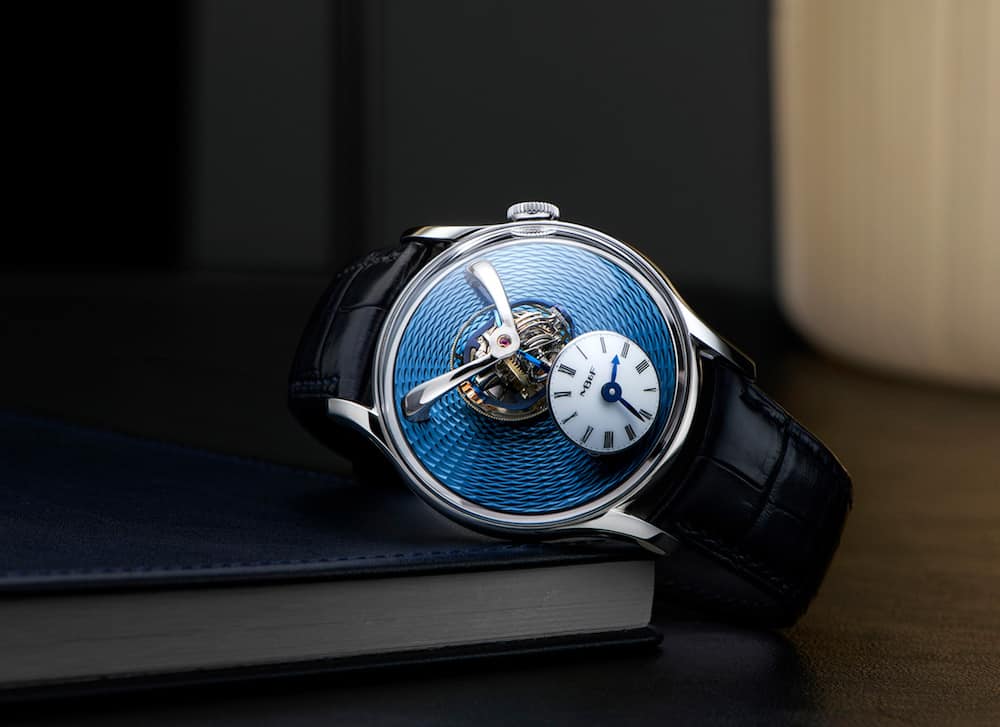 Time is beautifully shown on an inclined dial finished with stretched lacquer, while the back of the Legacy Machine Thunderdome allows you to take a closer look at the manual-winding, triple-barrel movement that was also conceived by Eric Coudray and Kari Voutilainen.

The MB&F Legacy Machine Thunderdome will be available in two super limited versions. There are 33 pieces finished in platinum 950, with a superb light-blue guilloché dial plate, and 10 bespoke units in tantalum, celebrating the 40th anniversary of Asia-Pacific’s leading luxury watch retailer The Hour Glass, with 5 pieces featuring a dark-blue guilloché dial and 5 models with a lovely inlaid aventurine dial. 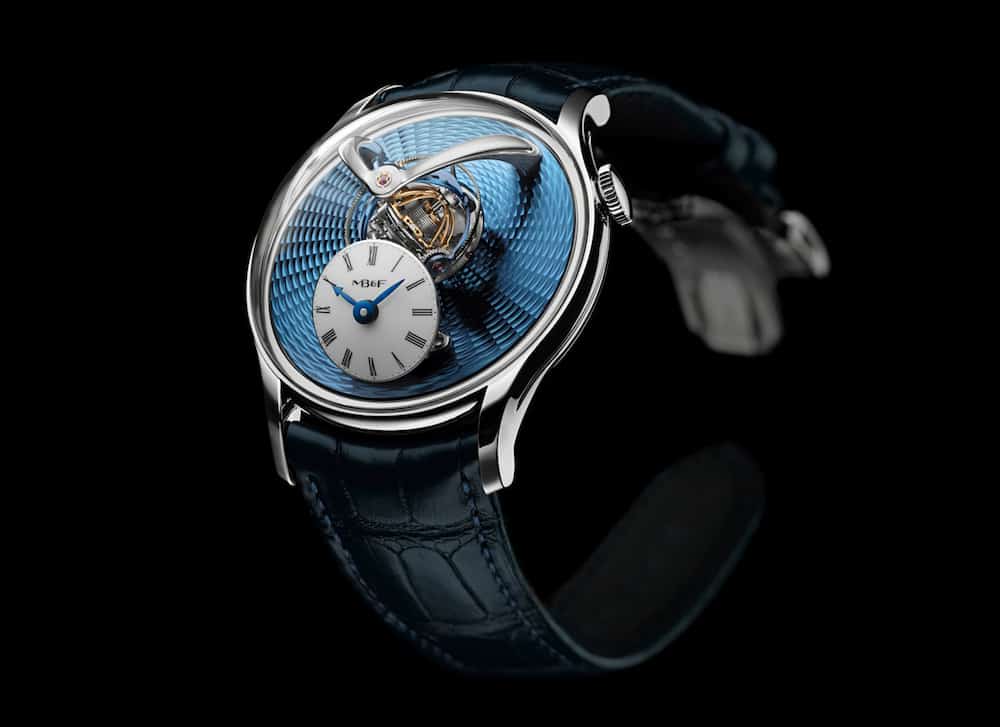