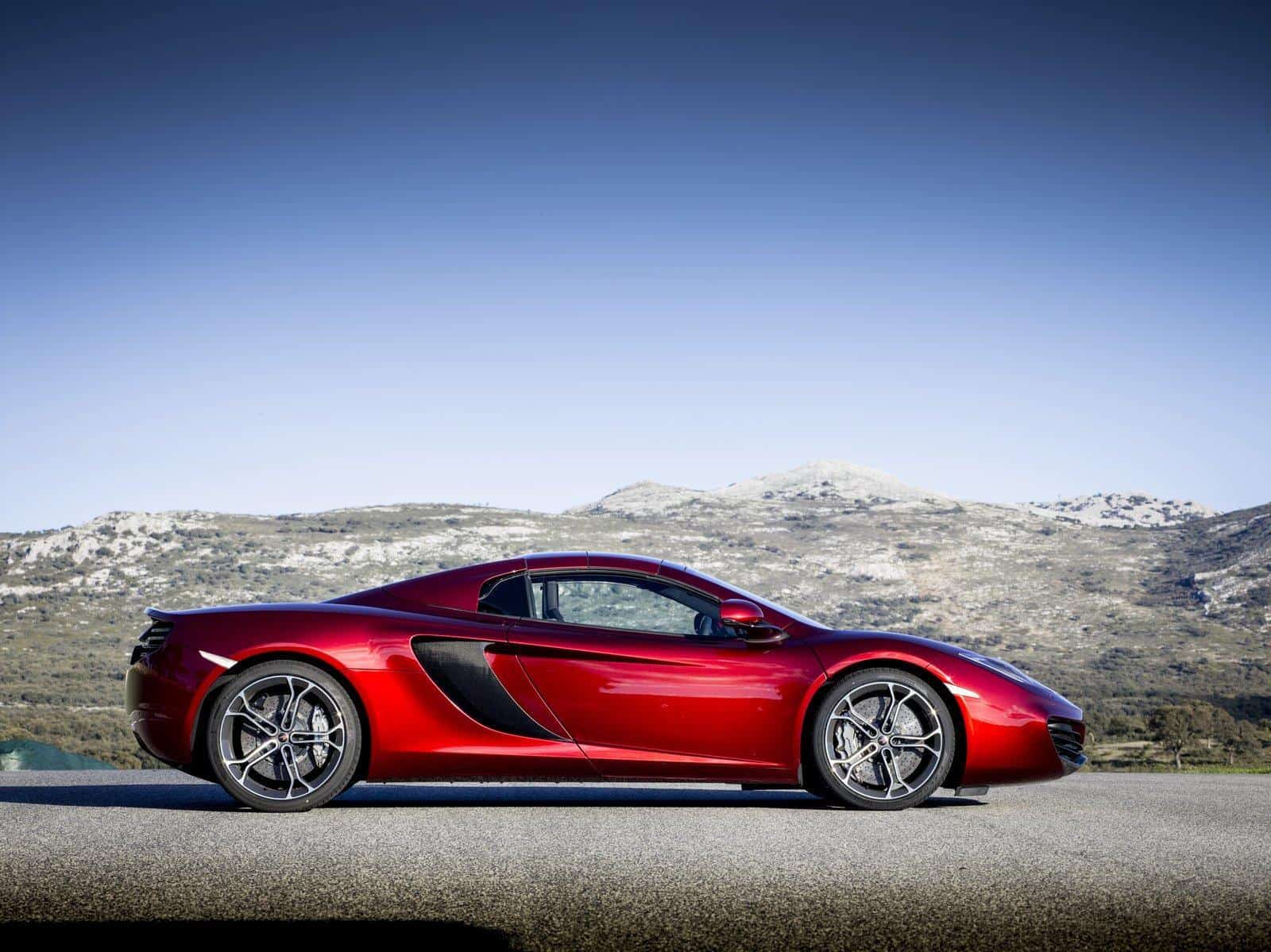 Great news from McLaren Automotive as they’ve just taken the wraps off their latest project – the awesome McLaren MP4-12C Spider. We’ve got a few details about it as well as a website where those interested in purchasing this convertible supercar can simulate the configurations they desire – www.configure.mclaren.com.

The car features a one off Retractable Hard Top – or RHT – which can be operated at speeds of up to 30 km/h (19 mph). The body structure sports the same MonoCell principle as the Coupé version. Furthermore, the car hasn’t been done any changes in terms of performance, boasting with the same 3.8-liter twin-turbo V8 engine that delivers 616 HP (460 kW) and the same 7-Speed SSG dual-clutch transmission.

There is, though, a particular difference, as the Spider has been equipped with a glass screen, mounted behind the tonneau cover, through which we can view the powerful engine. The car can already be ordered as we speak, worldwide, through 38 different McLaren retailers. The costs start at £195,500 in The Great Britain.

Top Tools for Managing Your WordPress Site With Your Mobile Phone