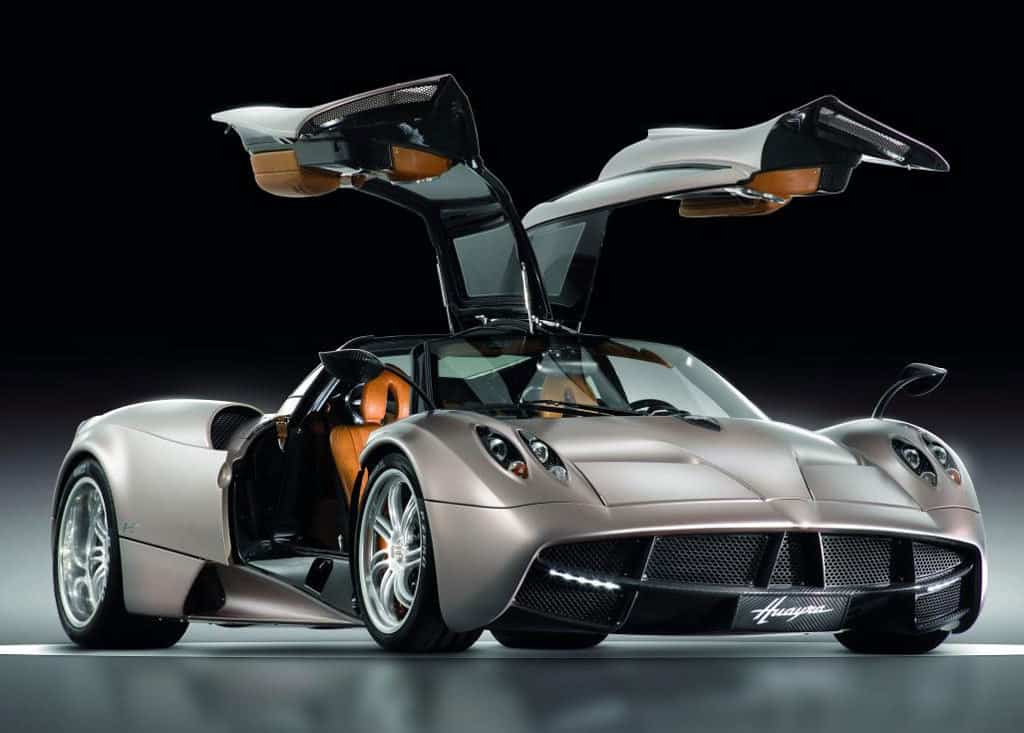 Pagani Automobili has finally unveiled last week their newest supercar, the Pagani Huayra, a 700 HP monster with an ultra light carbon-titanium monocoque body. The Huayra is powered by a massive 6.0L Mercedes-AMG V12 Bi-Turbo engine which develops over 700 HP and 1,000 Nm of torque and it comes with gullwing doors and features a safety cell made from different composite materials and ballistics.

The exact performance figures of the new Pagani supercar haven’t been announced yet but the Huayra is expected to reach a top speed of 370 km/h while generating as much as a.5G of lateral force during cornering. The 0 to 100 km/h (0-62 mph) acceleration time of the new supercar is around 3.3 seconds.

The engine of the car was developed to work on optimal parameters even in extreme conditions. It sends its power to the car’s rear wheels through a 7 speed sequential cross together with an AMT robotic transmission with driving programs. The new Huayra also features an ultra light titanium exhaust system that weights less than 10 kg.

Pagani announced that their new supercar complies with all the regulations imposed by both the European and the USA market. The exact price hasn’t been announced yet, but the Pagani Huayra is estimated to cost around 1 million EUR.

The Easiest Image Placeholder Tool I Have Found