These are difficult times for everyone in the world. The ongoing pandemic has affected everyone’s lives, and because of that, most mixed martial arts fighters are using their social media accounts to earn easy money for themselves. I can’t blame them, knowing the present situation is unbearable for everyone.

In this article, we will list the top MMA Fighters who own an OnlyFans account or other alternatives. You’ll be surprised to see the names of various well-known MMA fighters utilizing social media accounts for making money. So, let’s get going!

Also read: Kung Fu vs. Boxing – Who Would Win in a Fight?

Why Is the Number of Fighters Joining OnlyFans Increasing Every Day?

As the whole world is going through crucial stages due to the COVID-19, the burden on public occasions has been increased by the government, and most of the fight promotions haven’t fully recovered after they had shut down for the time being. Due to this reason, fighters are being pushed to use their profiles to make a living by offering OnlyFans subscriptions.

You may have noticed that nowadays, not many MMA fights are being held, although a couple of major promotions is running a regular schedule of contests.

A social media account like OnlyFans gives a better exposure to fame and publicity. This way, a great number of businesses and brands try to reach these professional athletes and fighters. All these brands try to collaborate with these fighters to promote their products and services. That is why the number of fighters increasing social media accounts is increasing every day. All these fighters want to promote themselves and want to earn some money as well. We can’t say anything wrong about them.

We’re going through hard times. Some fighters are stuck in their country, while some can’t get into the state they desire to have, and some cannot fight because of the COVID-19 situation. In these times, people must rely on a variety of sources of income to make ends meet.

OnlyFans, for example, provides an exclusive chance for all creators to make money while establishing a fan base community. It is their best option to survive these challenging times.

Many female mixed fighters are looking for different sources to make the most of their fame. By creating a title in the game for themselves, they can make a social platform and a fan base by which they can advertise their unique services and products on the forum.

MMA fighters achieve this by using their beauty, skill, and strength to call audiences who support strong females.

Peralmelia Gonzalez is included in the list of well-known MMA fighters fighting in the Invicta FC promotion and has also competed in the UFC.

Pearl Gonzalez is 5’4″ (162cm) tall and has fought in Flyweight and Strawweight divisions. Pearl currently uses a platform similar to OnlyFans (the FanTime) for her website. We included it here because it resembles the OnlyFan account.

Pearl is also known as The Princess of Chi-Town. Gonzalez (of Invicta Fight Club Thirty-Seven) was a hit since she arrived dressed as a warrior queen. This warrior princess has a huge fan base and is active on social accounts such as Instagram, Snapchat, and Twitter. She has an online store, as well as a FanTime subscription that she manages by her website.

You can join Pearl’s subscription club at PearlsParadize.com. Pearl also has her main website, which has her online store, gallery, and more.

Ferris Herrig is an elite American UFC fighter in the Strawweight division, with a height of 5’4″. After Felice’s double knee injury, she decided to join OnlyFans as a source of making some more money to make a good living for herself.

The repeated injuries might have encouraged her to maximize her socialization by being active on Instagram and to bring in money through her OnlyFans subscription.

Racheal Ostovich is also a professional MMA fighter competing in the UFC’s top-notch Flyweight title. Her height is 5’3″ (162cm).

Racheal has a large following on Instagram, where she shares photos of her daily life, fitness, training, and stylings. Additionally, she owns and operates the  “Beauty Brand Chi Chi” online store, where you can buy personal items like postcards and beauty products.

Racheal also has her own OnlyFans alternate, and you can get a subscription to her private website, which is maintained by herself using the FanTime platform.

Also read: Karate Belts – Everything You Need To Know (2022 Update)

Lehner is a well-known mixed martial artist based in Frankfurt, Germany, who competes in the fights of Invicta FC organization. She was a contestant on Season 28 of The UF too. Lehner is 5’6″ (167cm) tall and presently fights in the Featherweight division.

After a seven-fight winning streak, she challenged Sarah for the title of Invicta Bantamweight Champion in 2018.

Katharina is a frequent Instagram user who manages two OnlyFans accounts at the same time. The first subscription is completely free of cost, while the second is only available to her paid members. 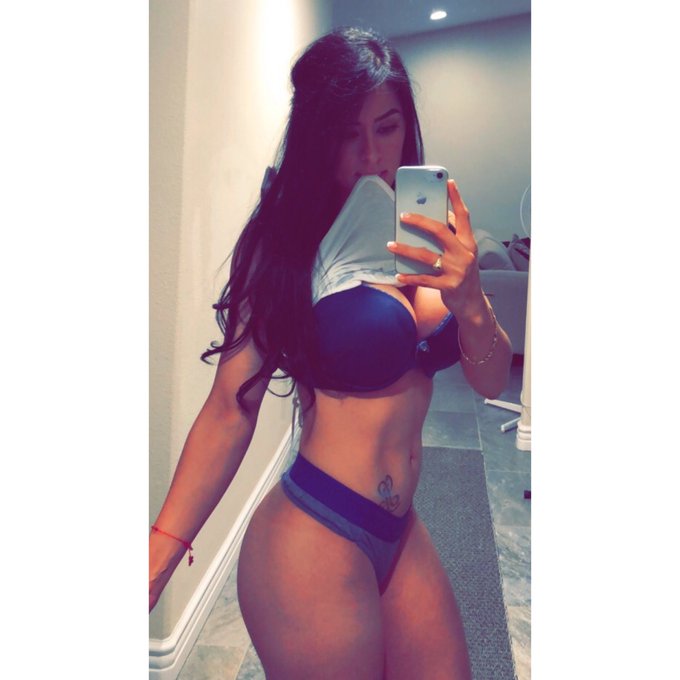 Loba Acosta is an MMA fighter in the United States flyweight.  She has recently fought in Combate Americas and Combate Global, fighting out of the Team United Training Center.

Loba Acosta is 5’6″ (167cm) tall and can take people down to the ground and beat them there with a pretty plant-footed boxing stance. Loba uses social media platforms frequently and has an Onlyfans subscription to bring in some side income.

V. Loureda stays on the list of top emerging all-American MMA Fighters. She started her MMA career in Bellator, where she was unbeaten in her initial three fights, winning two by knockout.

Valerie is 5’4″ (162cm) tall and is a fighter of Flyweight international competition. By her depiction, she is a master-level fighter in Taekwondo. Therefore, it is her specialty in all of her kicks. Although she has gotten most of her KOs through punches so far, she can surely throw a strong strike-up best as well.

Monster Proteins and Vital Energy are some of the sponsors of Valerie’s brand, and therefore, she is already making some good side income. She appears to be under some very smart brand management, maximizing her fighting and public image potential. Valerie is a frequent user of various social media platforms, including Instagram, Snapchat, and Twitter, and she even sends personalized comments to followers on Cameo.

Like the rest of the fighters on this list, she has full hold of her business brand with the help of a FanTime subscription and attains special members’ subscriptions. She also has an OnlyFans account.

Also read: Boxing With Contact Lenses – Is It Possible?

Kyra’s height is approximately 4’11” (149cm) and is fighting under the SW division. She is a frequent user of social media platforms, including Instagram and Twitter, and shares many goings-on in her personal life, and takes full advantage to attract more viewers to her OnlyFans.

Her regular activities on these social media platforms are attracting more viewers from all over the world to her OnlyFans profile.

Barb Honchak, also known as Little Warrior, is a top-class American MMA fighter and the first winner of the Flyweight Championship ever for the marketing promotion of the Invicta Fight Club.

Barb is 5’4″ (163cm) tall with a 66″ (168cm) reach. Little Warrior has also fought for The Ultimate Fighter TV show and two fights in the UFC before being released.

Honchak frequently uses her Instagram and OnlyFans profile. She is also a veteran of the fight game and now is a personal trainer.

Jessica is also an MMA American fighter and has contested in Bellator and the Ultimate Fighting Championship.

She is 5’5″ (166cm) tall with a reach of 67″ (170cm) and fights for the title of Strawweight. The number-1 Atomweight Champion was also Jessica inside the Invicta FC campaigns. She also appeared in Season 20 of The Ultimate Fighter, where she made significant development.

Penne hasn’t fought professionally in a few years. Therefore, she is ungraded, but once a fighter, always a fighter, and she still looks like a formidable MMA fighter who is currently making money from her OnlyFans site. She also handles an Instagram account.

“Rowdy” Rawlings is based in Australia and competes in Bellator’s flyweight division.

If you like a good-looking girl who can also punch people, Rebecca is one of the greatest MMA OnlyFans for this list!

Also read: Do Pro Fighters Have To Register Their Hands As Fatal Weapons?

Many female and male MMA fighters have created their OnlyFans profiles to make some side income in the age of this pandemic. While some of the fighters mentioned here offer free content on OnlyFans, others charge a monthly subscription.

I am a huge fan of both BJJ and MMA. Jiu-jitsu is my biggest passion, and I’ve been training it for more than 5 years. I have recently been promoted to a purple belt. In this blog, I will be giving you tips on how to improve and how to choose the best BJJ equipment!