What are the best classes for Grim Dawn in 2020?

As a new player, you will quickly discover that with Grim Dawn’s engaging dual mastery system, you become a new class when you choose your second mastery, able to mix and match skills from both masteries to devise your own unique build!

With nine available masteries, there are thirty-six different combinations and many different ways to build each of those combinations. Let’s take a look at some of the best classes in 2020! 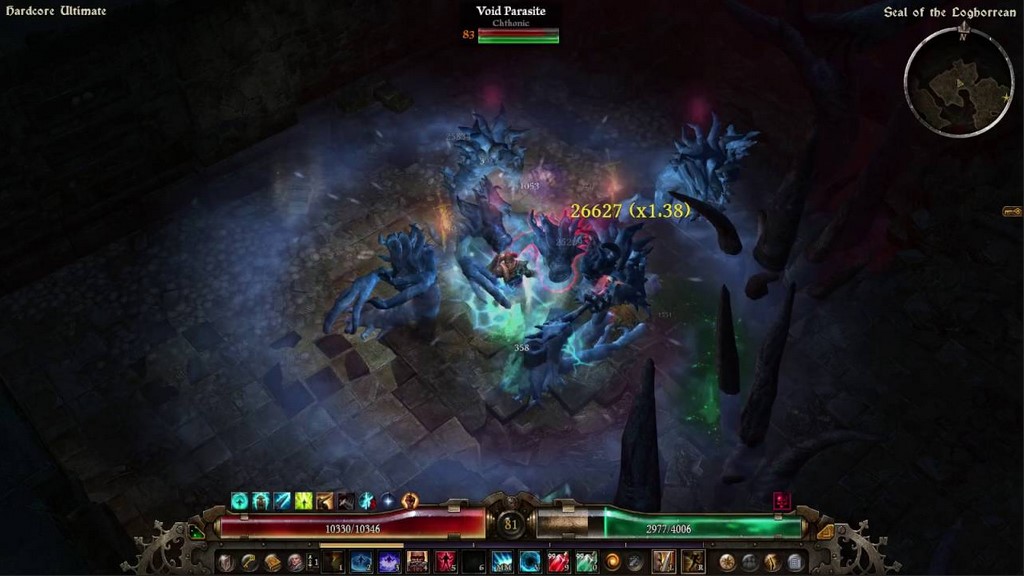 The Battlemage is a combination of the Soldier and Arcanist masteries and is a great choice for a starter class. As a Battlemage, you have access to powerful passive and toggle buffs, as well as useful leveling abilities that are accessible early on in the skill tree, allowing you to have both respectable damage output, and survivability.

Why the Battlemage is Great 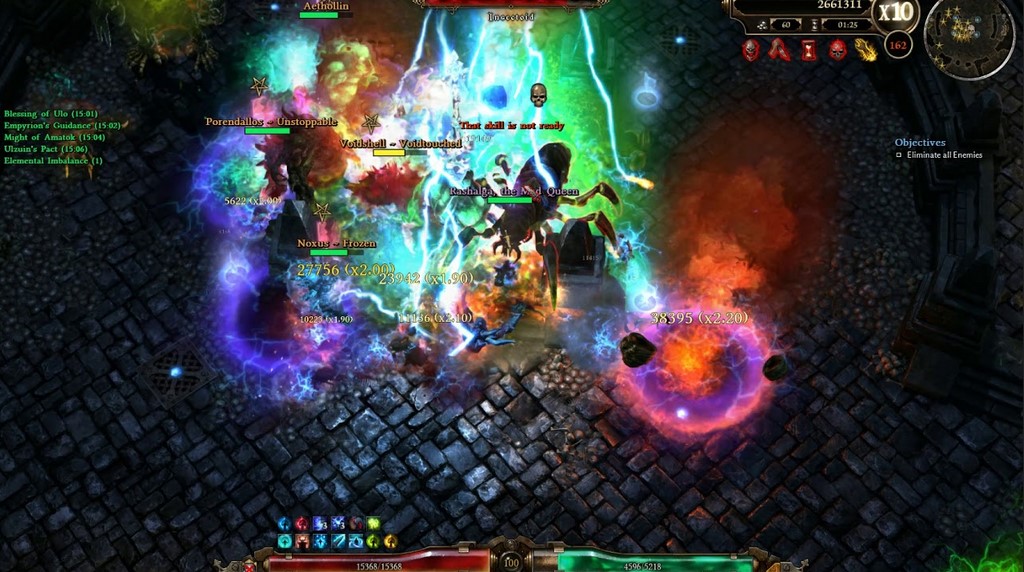 The Druid is a combination of the Shaman and Arcanist masteries and makes for an okay choice to level up as if you choose Shaman as your first class. There is good synchronization within this class because both the Shaman and Arcanist skill trees have support for elemental damage. As a Druid, your damage output will be significantly higher than for example, a Battlemage, but you will be less durable and have to maneuver your character more often to survive.

Why the Druid is Great 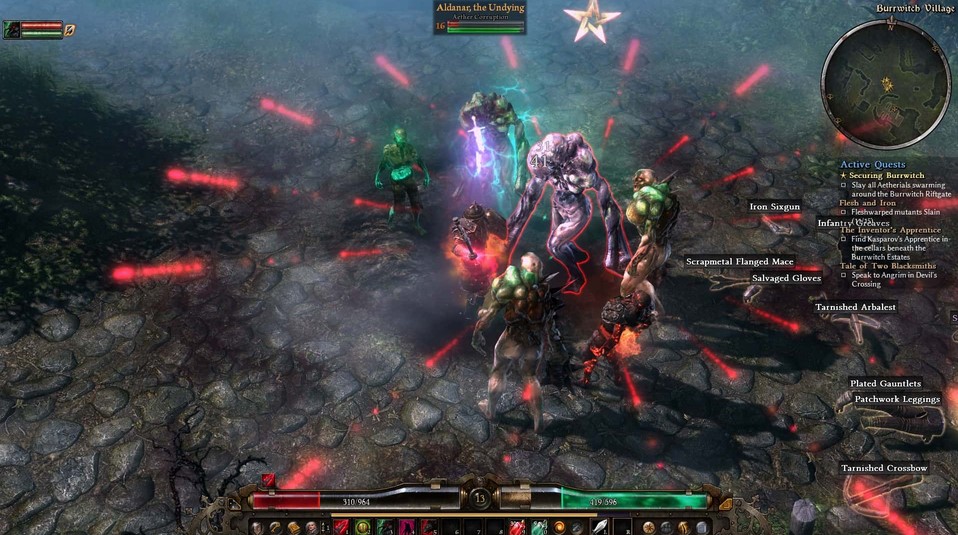 A Ritualist faces off against Aetherial undead

The Ritualist is a combination of the Necromancer and Shaman masteries and is a great class for leveling up. There are strong supporting skills in both masteries for vitality damage, as well as pet-focused builds. When playing as a Ritualist, you will be both durable and yield high damage output. This is a very well rounded class.

Why the Ritualist is Great 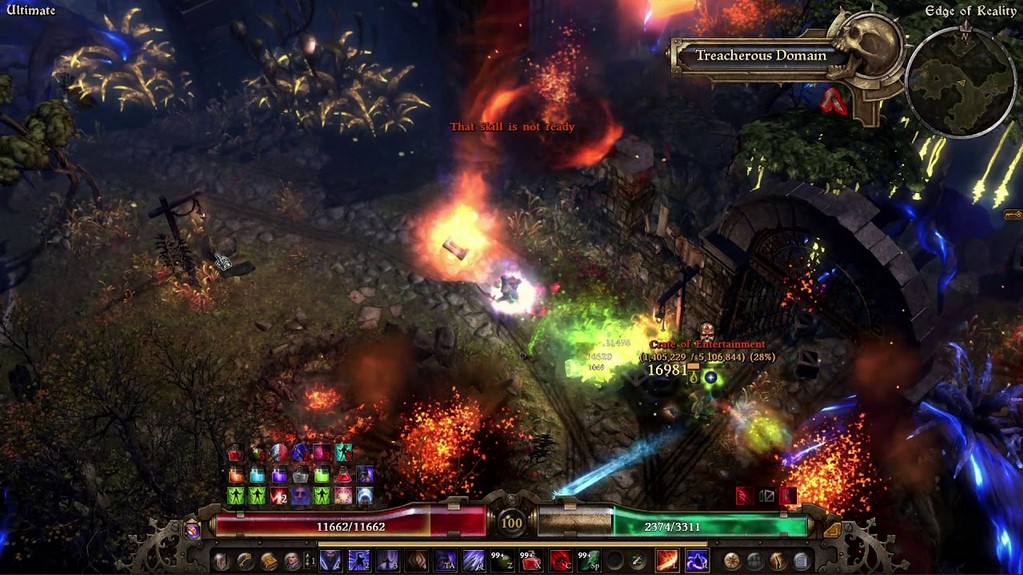 A Dervish attempts to kill the secret Crate superboss

Why the Dervish is Great 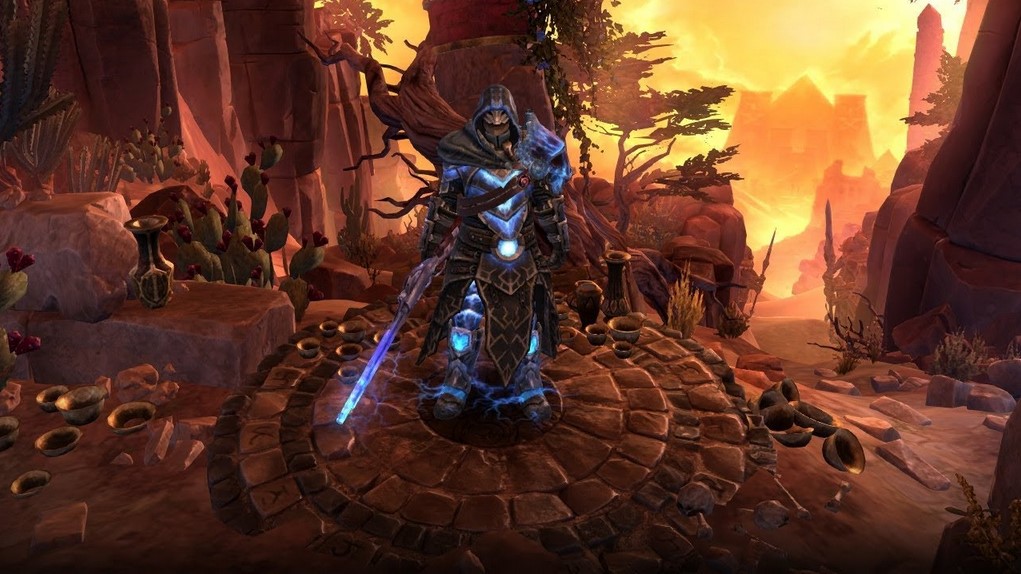 A Vindicator prepares to continue his adventure

The Vindicator is a combination of the Inquisitor and Shaman masteries. It is an easy class to level with, whether you choose to start out as Shaman or Vindicator. Both skill trees have support for elemental damage, primarily lightning. The Vindicator is a well rounded class capable of impressive damage output while maintaining reasonable defenses.

Why the Vindicator is Great 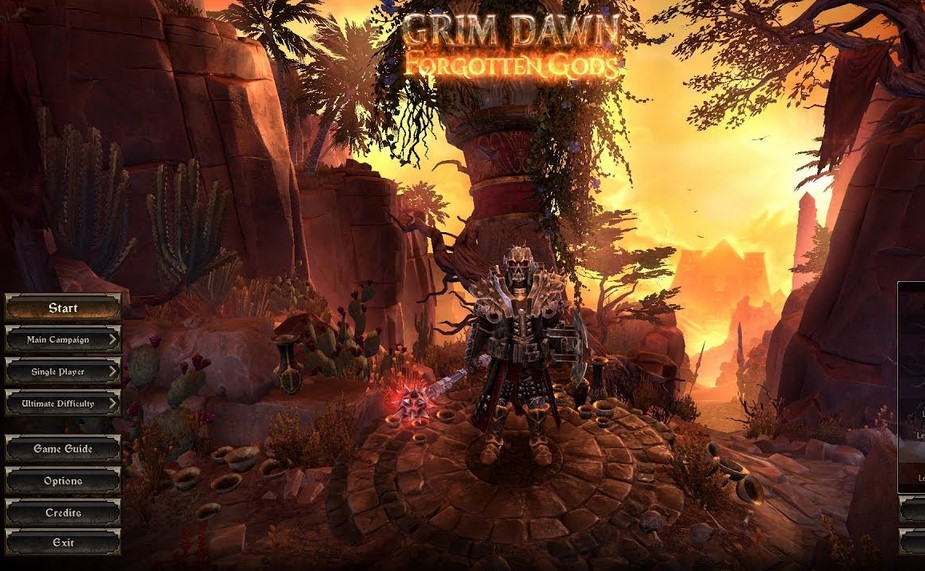 The Warlord is a combination of the Soldier and Oathkeeper masteries. This class has remained powerful throughout the lifespan of Grim Dawn, persisting through the many patches that we’ve seen since the game’s inception. It is a great choice for leveling and has the potential to be one of the most powerful end game builds with the proper set up. The Warlord is a versatile class, able to focus on many different damage types, but I would strongly recommend that you focus on retaliation versions of those damage types for the end game, because that is the true strength of the Warlord class.

Why the Warlord is Great 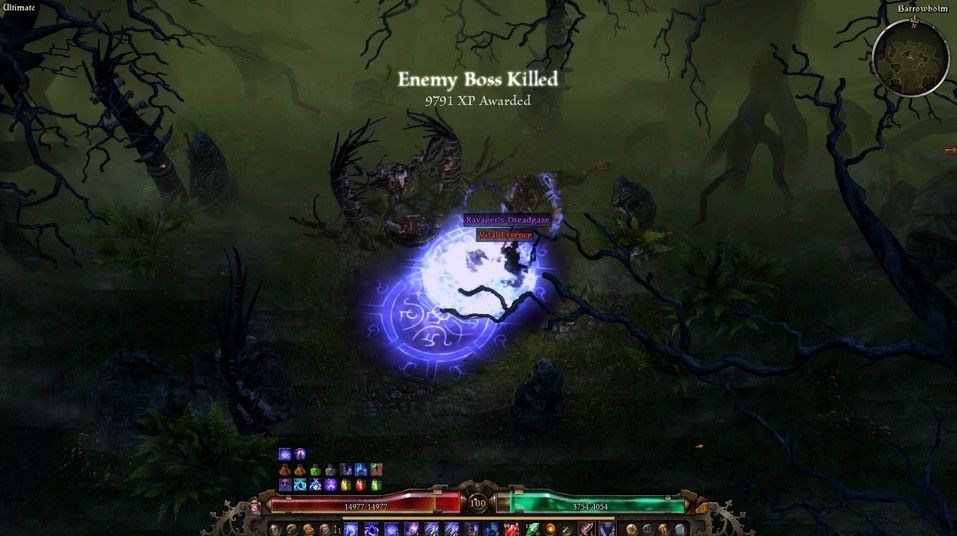 An Infiltrator stands victorious over the corpse of a god, The Ravager

The Infiltrator is a combination of the Nightblade and Inquisitor masteries. It’s a decent choice for leveling if you take inquisitor first, and has support for both piercing and cold damage, but excels in piercing damage. If you’re looking to play a class that has huge damage output and sustain, while maintaining decent survivability, the Infiltrator is a great choice.

Why the Infiltrator is Great 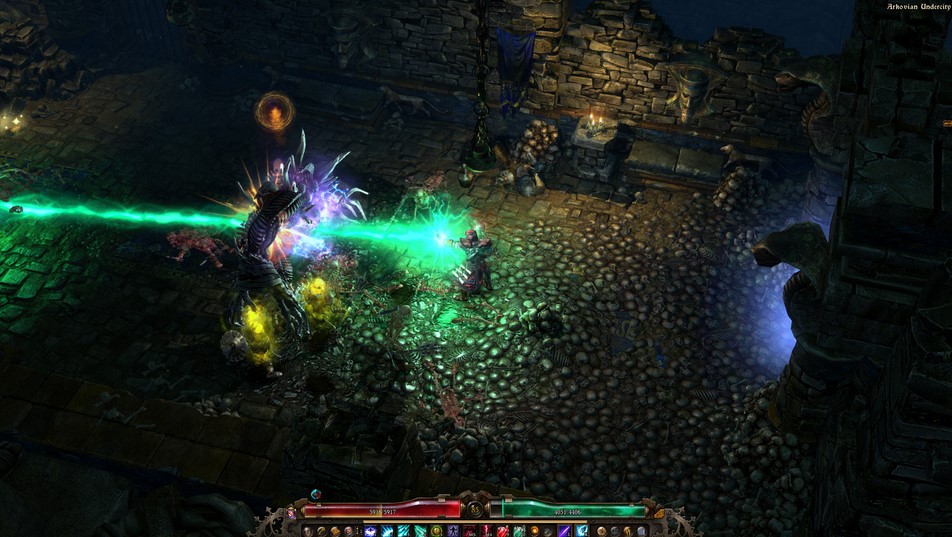 The Sorcerer is a combination of the Demolitionist and Arcanist masteries. It is easy to level up with either Arcanist or Demolitionist as a starter class. There is heavy support for fire and lightning damage between the Arcanist and Demolitionist skill trees. The sorcerer is not the most resilient class, but it is capable of outputting huge amounts of damage while staying mobile.

Why the Sorcerer is Great 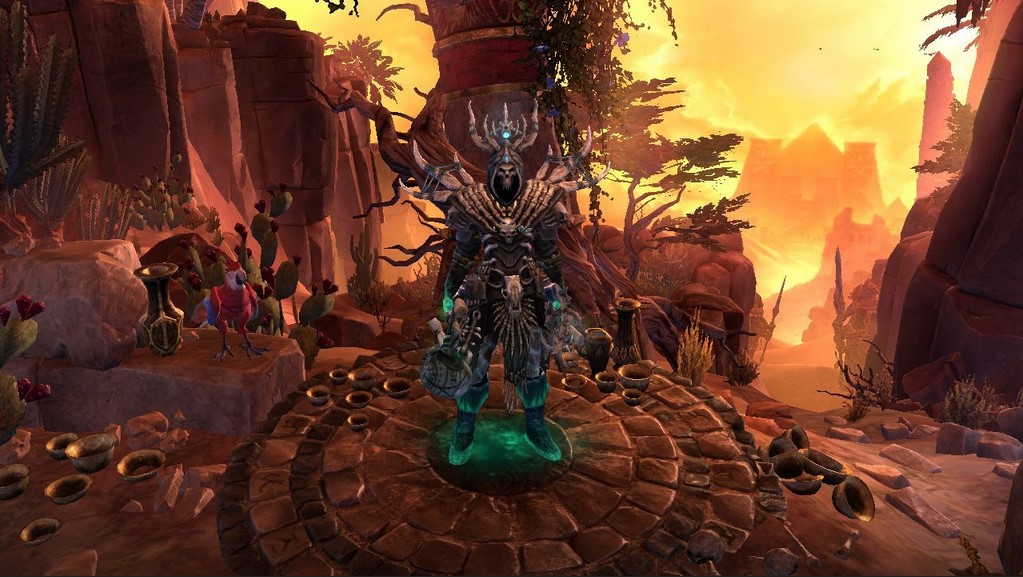 Why the Spellbinder is Great 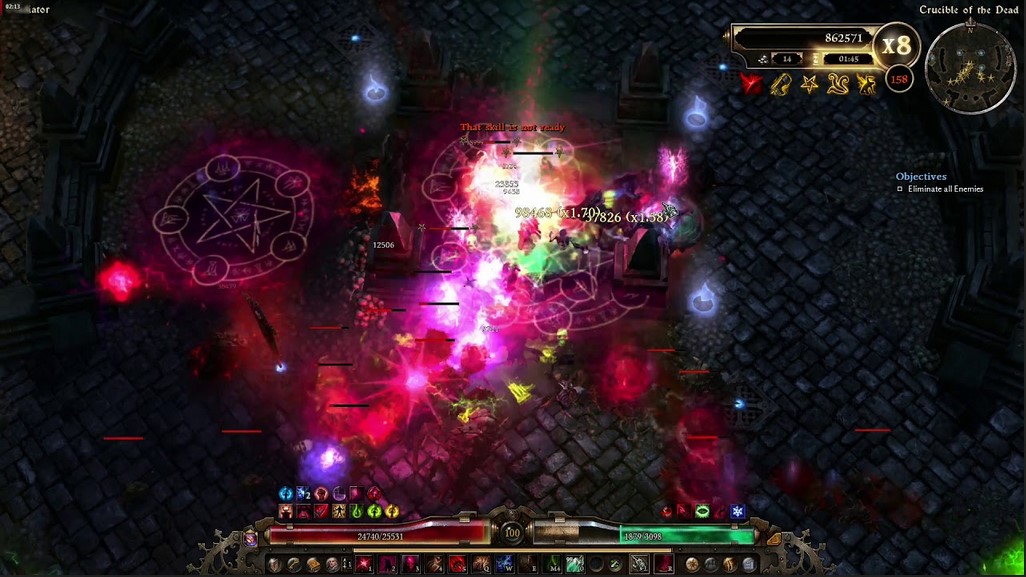 A Conjurer faces off against waves of enemies in the Crucible

The Conjurer is a combination of the Occultist and Shaman masteries, and is one of the most powerful classes you can play, both for leveling and end game. The Shaman and the Occultist are both viable options to start out with for leveling, and the Conjurer class has some serious endgame potential, able to sustain itself, stay mobile, and deal high damage without sacrificing durability.

Why the Conjurer is Great

Also Be Sure To Read:

who is the Twitch streamer dating? ▷ Legit.ng