Every aircraft built is a technical marvel in-and-of-itself. That being said, there are some flying machines that stand out thanks to their amazing performance specs or the extra level of comfort they offer passengers. This year has seen renewed talk of another commercial supersonic airplane and the unveiling of a few models which replace the windows with huge displays, things which could change the way people experience air travel. We’ve looked back at all of this and put together the following list of the awesome aircraft revealed in 2014:

Pilatus Aircraft is a Swiss company with decades of experience in the manufacturing of turboprop airplanes. This year, however, Pilatus has released the PC-24, its first jet powered flying machine.

The model was developed to meet the needs of customers who liked the PC-12, but wanted something a bit more than the turbine-powered aircraft. The PC-24 is equipped with twin Williams FJ44-4A turbofan engines with 3,400 lbs of thrust each, allowing it to reach a top speed of 489 mph (787 km/h). Able to accommodate up to 10 passengers, it has a range of 2,245 miles and is certified for single-pilot operation. 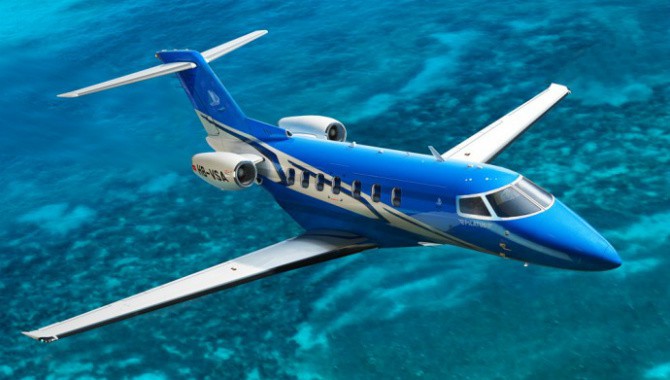 Honda is well-established name in the automotive industry, which has a few years ago created a division dedicated to the design and manufacturing of jet aircraft. This year, the Japanese company has showcased its first production model, called the HondaJet.

The airplane comes with a number of innovative features, like the over-the-wing engine mount design, the natural laminar flow technology on the wings and nose (reducing aerodynamic drag, which increases speed and fuel efficiency), and the light, yet durable carbon fiber composite fuselage. 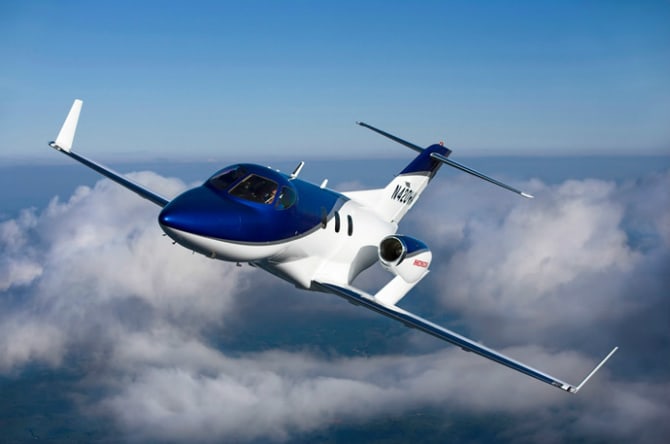 Acclaimed aircraft manufacturer Gulfstream Aerospace has been quite busy this year as well, revealing a few new additions to its business jet lineup. The most impressive of these is the G600.

Passengers will get to enjoy the comfortable seats, large windows, and quality air replenished every couple of minutes, while the cabin is pressurized to the lowest cabin altitude on the market. The pilots are housed in a state-of-the-art cockpit with an advanced communication system between them and multiple touchscreens. 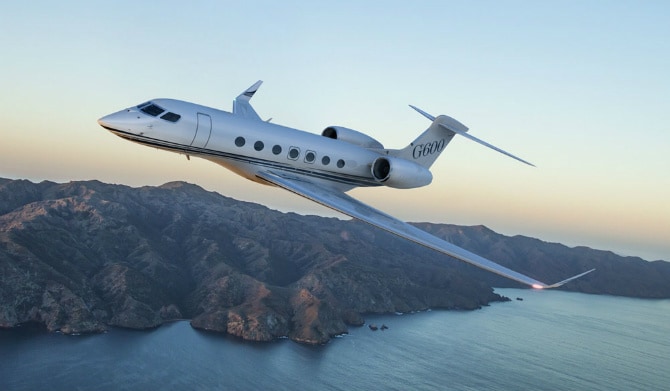 In 2014, Canadian aircraft manufacturer Bombardier has released its most luxurious private jet ever: the Global 6000.

The airplane’s main cabin is spacious and comfortable and can easily accommodate up to 19 passengers. In addition to this, there’s also an ample gallery and a traffic-free private stateroom, as well as a dedicated crew rest area. Performance-wise, the Global 6000 is very impressive, as it can go up to an altitude of 51,000 feet and reach a top speed of around 590 mph (950 km/h). 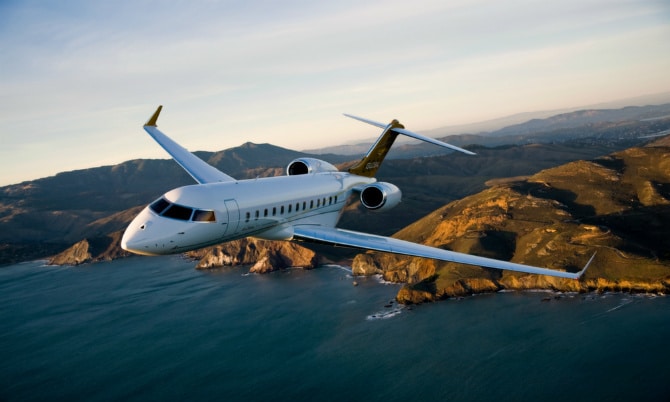 Cessna is one of the big names in the aircraft manufacturing industry and the American company has shown it’s keeping up with the high standards it has set itself with this latest business jet called the Citation X.

Designed for the high-end private market (which means its interior can be customized and fitted with different premium materials), Citation X has very impressive technical specs as well. It is certified by the FAA at Mach 0.935 (or about 617 mph), making it the world’s fastest civilian aircraft, can climb to an altitude of 51,000 feet, and boasts a range of 3,242 nautical miles (over 3,700 miles). 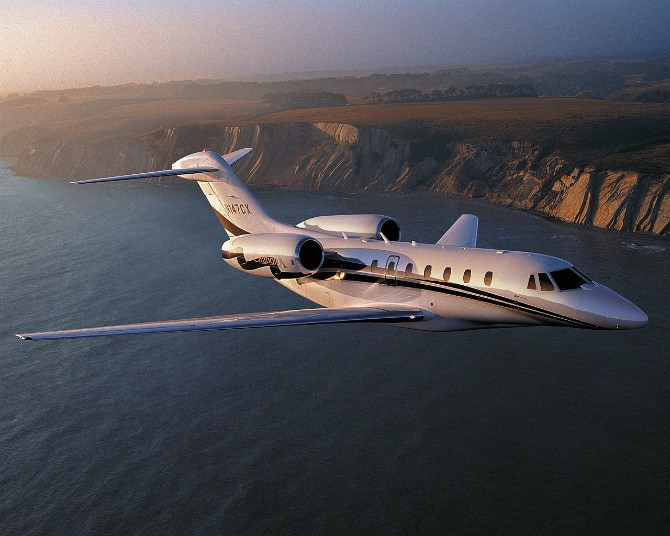 Italian company Piaggio Aero has unveiled a new version of its Avanti II twin turboprop called the Avanti EVO, touted as the fastest aircraft of its currently in production.

Thanks to a series of technical improvements, the airplane is now more efficient and boasts reduced operating costs, making it much friendlier to the environment. The Avanti EVO can reach speeds of up to 460 mph and has an impressive autonomy of 1,980 miles, thanks to features like its new winglets and five-blade Hartzell scimitar propellers. It can also comfortably accommodate up to 9 passengers. 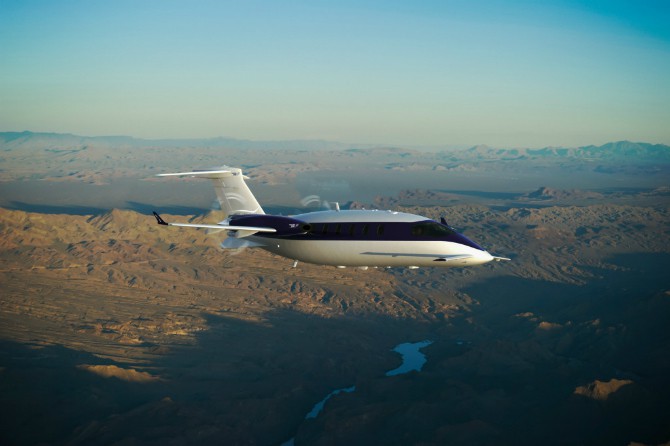 During an event held in Geneva, Switzerland in May, French aircraft manufacturer Dassault announced its new flagship, called the Falcon 8X.

The state-of-the-art business jet boasts the biggest cabin of any Falcon yet developed, with its spacious interior enhanced by the large 32 windows, which allow plenty of natural light in and provide excellent views for those on board. The pilots also benefit from multiple upgrades aimed specifically at making their task a lot easier. The Falcon 8X is quite efficient as well, thanks to it upgraded engines and aerodynamics (including the addition of winglets), which results in a 35% improvement in fuel efficiency, when compared with competing aircraft. 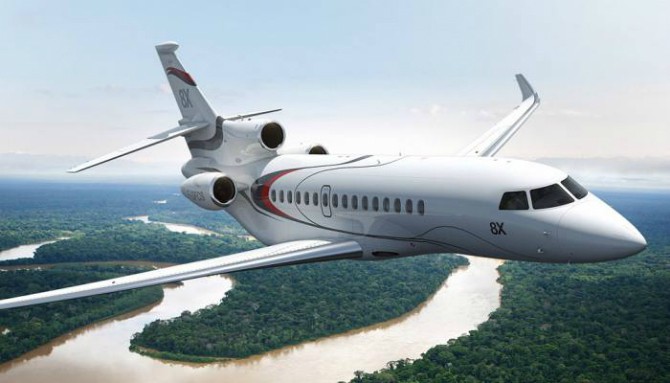 It’s difficult to innovate when it comes to the in-flight experience; usually the most you can do is add more features, like setting up TV screens and other such distractions. A company called Technicon Design has taken this idea to a whole new level with the Ixion aircraft, which offers passengers 360-degree panoramic views on its huge displays, using external cameras to capture real time images of the plane’s surroundings and play them back inside.

Whether this will be eventually used to stream entertainment or views of the outside (the more awesome option, in our opinion), this certainly looks to be the future of luxury air travel. 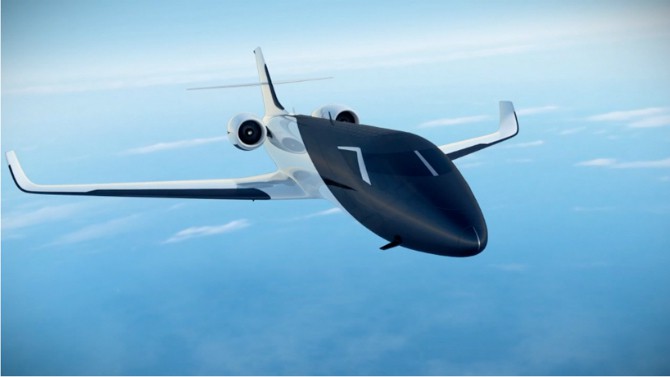 Aerospace juggernaut Lockheed Martin is one of the big players currently working on efficient ways to make supersonic flight commercially viable again, something nobody has really managed to do since the decommissioning of the Concorde. This year, the American company has revealed its most promising project yet, which is rather unassumingly called the N+2.

While Lockheed Martin’s supersonic aircraft is still some years away from being fully operational, the company is working with entities such as NASA and other big players in the industry in order to make it happen. For now, we get some really nice early renderings of the aircraft. 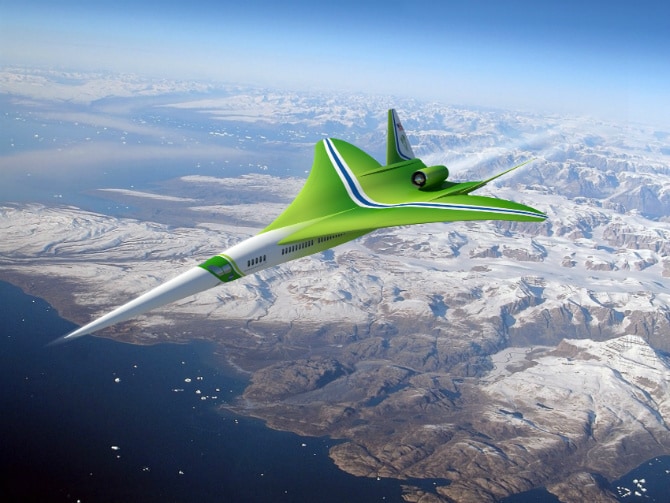 Considering how awesome flying through the air thousands of feet above the ground is, the views you get are often quite underwhelming. For technical reasons, you can’t really make the windows much bigger, so unless you’re watching a really good movie, you’ll probably get bored with what you see pretty quickly.

Boston-based company Spike Aerospace aims to solve this problem and has come up with a really amazing solution: why not do away with the windows entirely and replace them with high-definition displays which would then stream images of the surroundings into the cabin? Not only that, but their S-512 aircraft is also projected as a supersonic jet, which means the trip, while awesome, will be shorter as well. 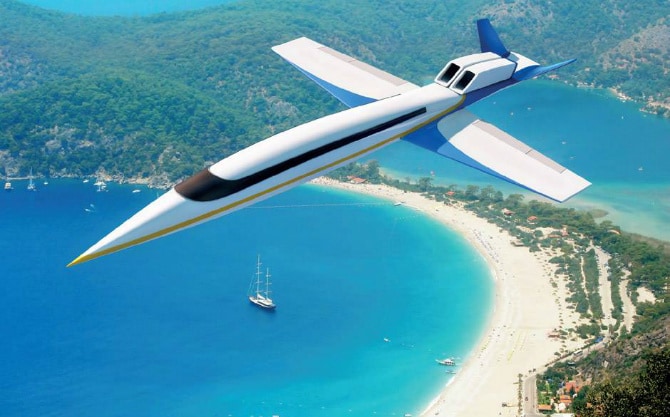