There are a ton of awesome Overwatch Workshop modes out there to try, so we’ve put together our list of the top 10 to try if you’re tired of the regular old grind.

Ever since the Workshop’s release in 2019, Overwatch players have been putting out countless custom modes to push the boundaries of what’s possible in the game.

There are easily thousands of player-made games to choose from, but to make things as easy as possible, we’ve gathered 10 of the best together for you to take a look at.

No more excuses, time to put your aim where your mouth is.

Overwatch is a game where everyone has to talk a big game, but when the time comes to actually settle who is actually the better Widow player, there’s only one place to go: the 1v1 Widow Arena.

Made by Workshop creator Seita, the 1v1 mode came out in 2020 and quickly became a favorite for DPS players waiting in the competitive queue.

The rules are simple: two Widows face off in a square arena, with randomly generating Mei walls that require you to move and grapple around to get a decent shot. The winner stays and faces the next challenger, and up to eight players can play at once, with two facing off and the rest watching and waiting.

If you want to try the mode out, the code is: PYDEY. 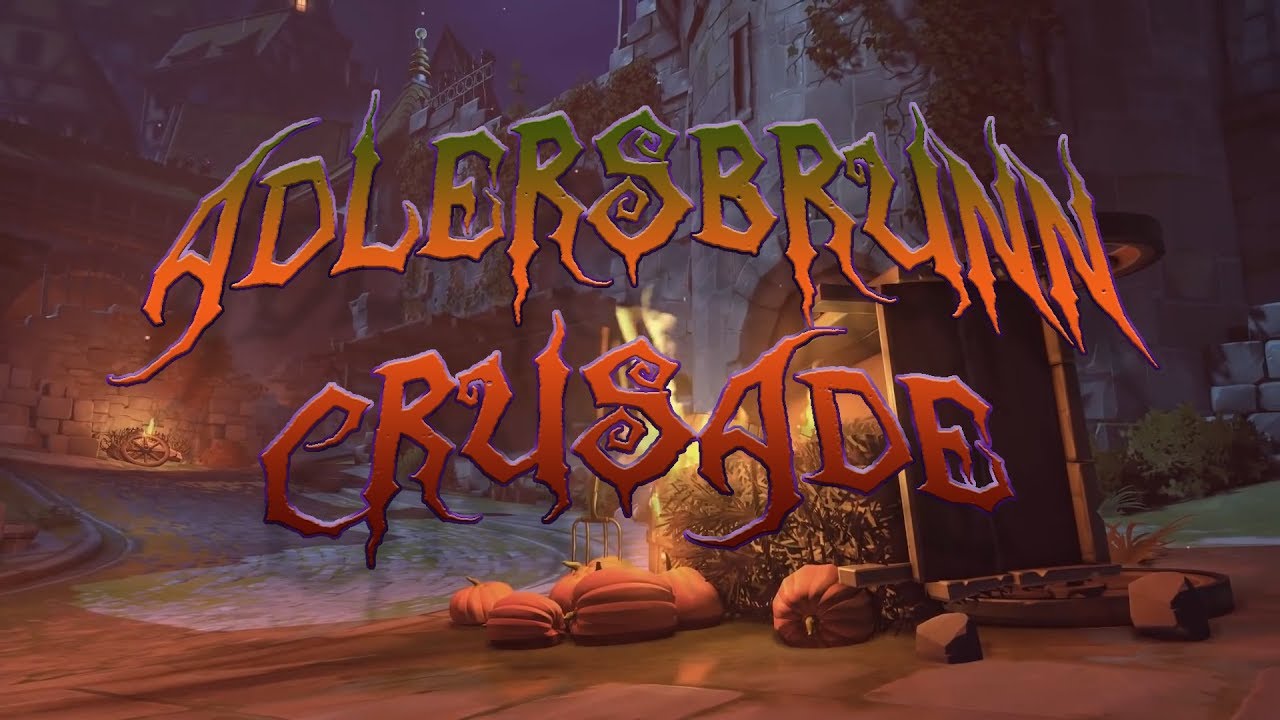 Since the Workshop came out, fans have been trying to recreate CoD’s popular Zombies game mode in Overwatch, and they’ve actually done a pretty good job.

The latest iteration is from creator 333PuG333, and is appropriately placed on the Eichenwalde Halloween map for that perfect spooky feel.

If you’d played Zombies, you’ll be all ready for this mode. The aim is to survive while keeping your teammates alive as well, and there are a number of items and upgrades available to make you into a zombie-killing machine.

For those interested in trying out Overwatch’s version of Zombies, the code is: 4YJXQ.

Admit it, we’ve all thought about playing golf with Hammond as Reinhardt.

Wrecking Ball already has a Lucioball skin, but based on this incredibly entertaining mode from TROLLSKI, we think he could use a golf ball one as well.

This mode is pretty simple: you play golf as Reinhardt by smacking Hammond around a variety of holes spread out through the maps of Overwatch.

It’s a great way to kill time before your next match and get some of that aggression out that was meant for the annoying Wrecking Ball in your last match. Whether you want to try and shoot under or just blow off some steam, the code is: BXS1G.

Tokyo Drift meets Overwatch? You don’t have to say anything else.

Another type of mode that’s been around since day one are racing games, but lately they have gotten absolutely insane. Take Project: Streetwatch by GraczCourier, for example.

Instead of just using heroes to race like other modes, Streetwatch actually has custom car models included. They might not look exactly like their IRL counterparts, but they race just fine around the maps.

This is one of those modes where if you play long enough, you’ll forget you’re even playing Overwatch at all, which is a trait all great Workshop modes share. To try your racing skills, the code is: 4XQP4.

Ana’s nade tool lets you practice a variety of abilities and ultimates.

Next up is a must-have trainer for players from our good friend and Overwatch Workshop guru Darwinstreams. Called the “Ana Nade” tool, it actually provides a great way to practice for Zarya’s ult, Orisa’s shield, Ashe’s Dynamite, Mei’s ultimate, Torbjorn’s Turret, and Baptiste’s Immortality Field.

The tool allows you to choose a landing spot, and will then generate a target to throw the ability at in order for it to land exactly where you want it.

Besides giving you trick shots to impress your friends and frustrate your enemies, the tool also does a great job of giving you an overall feel for how each one flies and reacts to the environment. To try it for yourself, the code is: EBAXM.

A quick note, this code is from late 2020, and might have issues operating with the latest Workshop patch, though no problems have been reported. We’ll keep you updated with a new code if one comes out.

You have probably heard of or seen the Ana Paintball mode in the Workshop menu, but the Paintball Playgrounds mod takes that idea to a whole other level.

There are 12 different classes to choose from that each come with their own play style, this also offers the potential for alot of variety each an every match.

The 8-player FFA quickly gets chaotic, and is a great time-killer while waiting in queue or for friends. To start throwing some paint yourself, the code is: 33M43.

Once Overwatch gave us the ability to change hero sizes, the game was changed.

Tiny Overwatch has been a thing since Blizzard gave players the ability to adjust model sizes in the Workshop, and the latest and greatest example of this is called “Actually Tiny Overwatch” from Caaethil.

Instead of just making the heroes themselves small, this mod actually shrinks the entire game down to take place in a small area of the map, like the attacking spawn on Temple of Anubis.

It is a ton of fun to battle it out with little tiny versions of your favorite heroes, and if you want to try things out for yourself, the code is: 1H0PE. 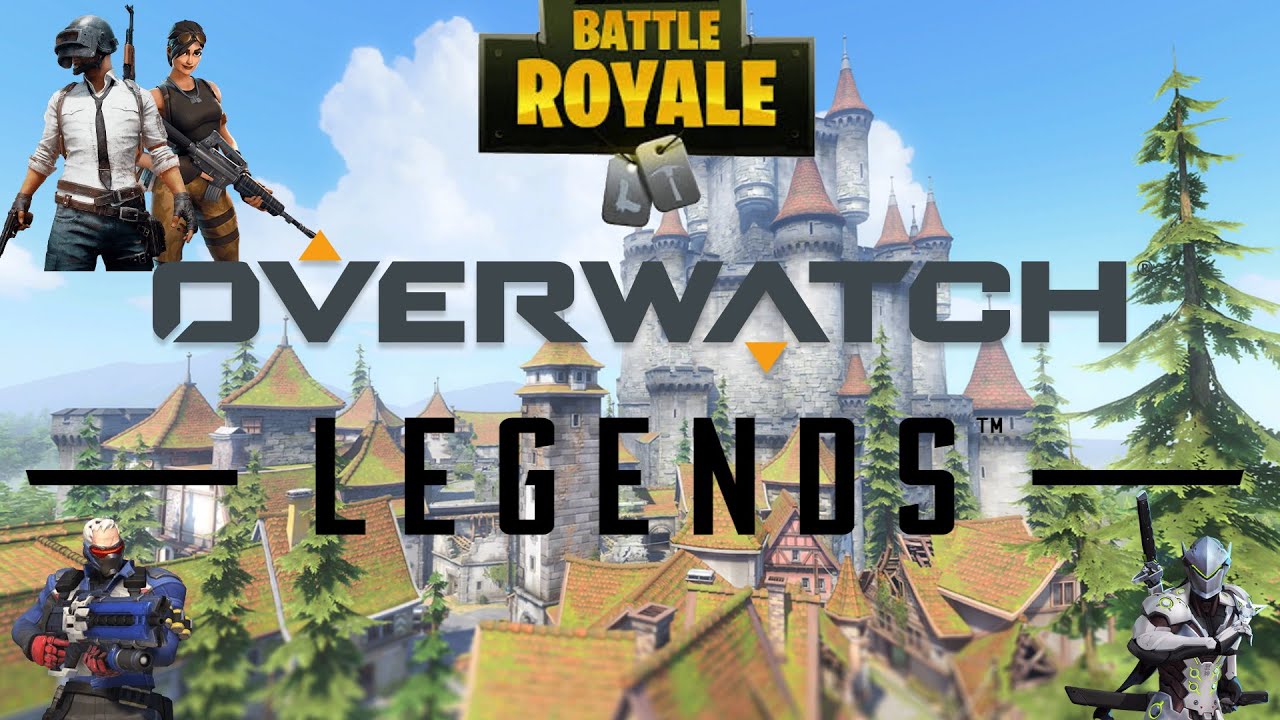 It seems like every game has a battle royale mode these days, so why should Overwatch get left out in the cold? Thanks to Reddit user TheDonofDons, our favorite hero shooter now gets to have in on the fun.

There are actually two different modes included here: a classic last man standing, and a “Loot n’ Shoot” where you can pickup various powerful items.

Being there are two different game modes, this one actually has two codes, one for each version, which are listed down below:

12 Roadhogs battling around the Ilios well goes exactly like you think it would.

Now we’re getting into the classics, the “must-plays” if you will. First up we have 12 Hooks, 1 Hole, an epic showdown for Roadhog on the Ilios Well map.

The game goes basically just as the name suggests, there are 12 players, all Roadhog, all trying to hook enemy players into the well with no cooldown on the ability to make things even crazier.

Pro tip: instead of using your ultimate to knock other players into the well, use it to boost yourself out of harm’s way, at least until you get hooked immediately after.

To play this classic mode, the code is: DK0DP.

Did you know every copy of Overwatch now comes with UNO as well?

Finally, the grandaddy of all Overwatch Workshop modes: UNO. Undoubtedly the most popular game mode since the Workshop’s inception, it is literally just the game UNO, brought into the FPS.

Of course there aren’t cards per say, just information floating around, so at first things can be a bit confusing. Once you learn the full controls though, there’s no better mode to waste time with your friends in.

Just be warned, Overwatch UNO can definitely get just as heated and/or toxic as regular matches if you get the right group, but the reward is bragging rights, and glory beyond your greatest imagination. To test your UNO skills, the code is: 22FJJ.

There you have it, our definitive list of the Overwatch Workshop modes you have to try if you’re getting into the mode. As a quick note, some of the codes might change in the future as updates and patches come out, so if a certain code doesn’t work, just go to workshop.codes and search for the one you’re looking for.

So the next time you find yourself sitting in queue because your friend just had to play DPS this time, or you’re just sick of getting aggro’d in Skirmish, give one of these Workshop modes a try! You might just find more than just a time-waster.

The Top 10 Most Venomous Snakes in the World