They say travel broadens the mind – and visiting museums while you’re at it puts the entire thing on steroids. Whether you’re into art, science, or natural history, there are plenty of awesome museums around the world for you to visit. The very best you will find in the list below.

The Prado is Spain’s most prominent museum. Established almost two centuries ago in Madrid, it boasts a multitude of works from the great Spanish masters, most notably Francisco de Goya, but also El Greco and Velázquez. Not only is this the best place to visit for Spanish art, there’s also plenty to see from other great painters such as Rembrandt or Raphael. 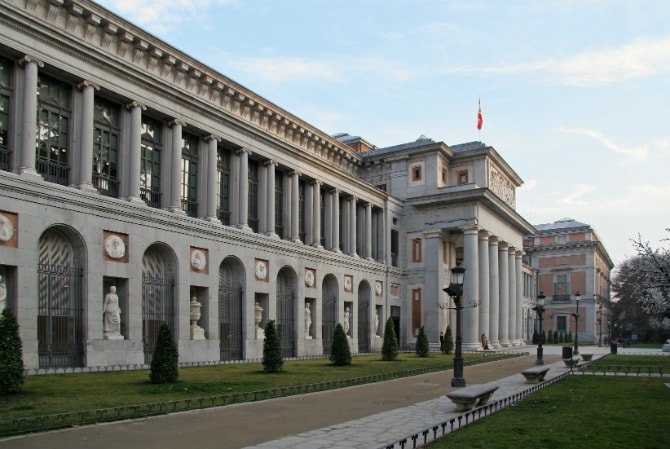 As China’s economy grows, the country puts more and more resources into scientific innovation – and the Shanghai Science and Technology Museum seems to be part of this trend. The museum features about a dozen permanent exhibitions dedicated to science, exploration, robots, ecology, or health, among others. There are also four high-end theaters, where science-related and educational movies are constantly being played. 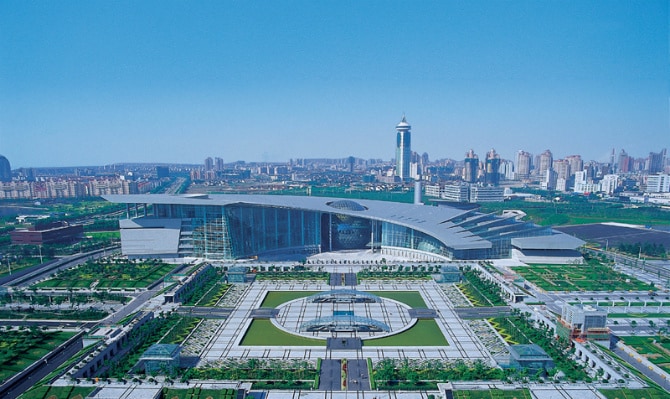 The Athens Acropolis is one of the world’s most amazing landmarks, and recently it has received its very own museum. Located on the southeastern slope of the Acropolis hill, just a few hundred yards from the Parthenon, the museum houses over 4,000 objects from various places and moments in time, all related to classical Greek antiquity. Excavations continue below ground, and visitors can even see the progress through glass floors. 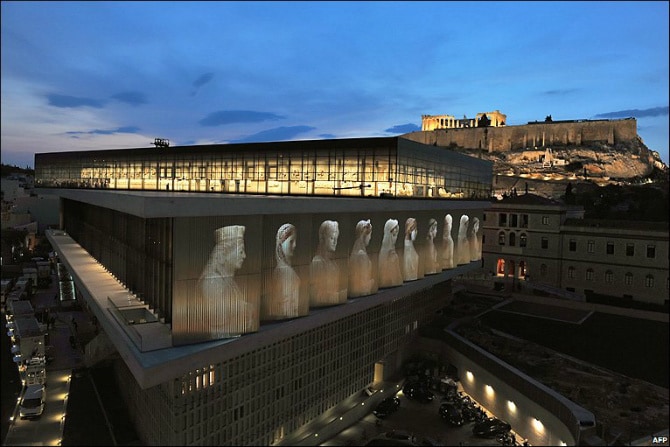 If you’re into modern art, London’s Tate Modern should definitely be on your must-see list. Appropriately one of the “youngest” museums on this list, opening its doors in the year 2000, Tate Modern displays works from the past hundred years, created by artists such as Picasso, Rothko, Dali, or Matisse. 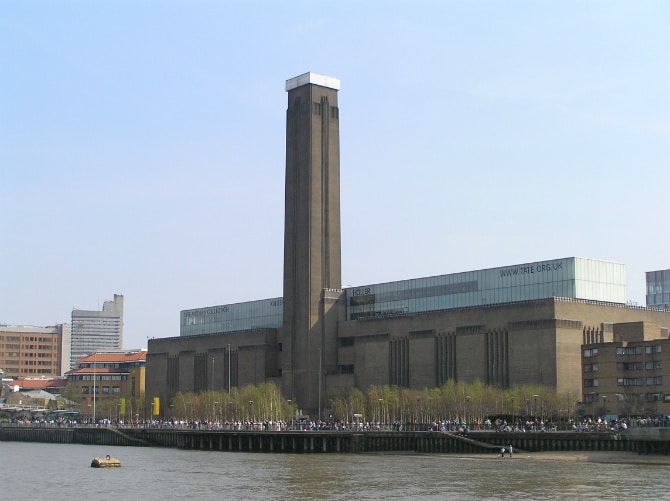 The Netherlands enjoyed a time of great flourishing during its 17th century Golden Age. A lot of this can be seen at the Rijksmuseum, in Amsterdam. Established in 1800, the museum showcases about 8,000 objects (which are up to 800 years old) from the total of about one million it currently possesses, most notably works from Dutch masters like Rembrandt, Vermeer, and Hals. 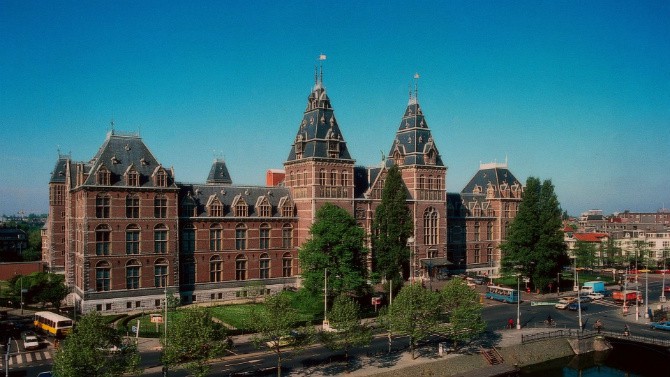 With so many masterpieces of art and architectures gathered into such a small area, the entire Vatican is, in a sense, a museum. Founded centuries ago by the notoriously art-loving Renaissance popes, the Vatican Museums now include works by such luminaries as Leonardo da Vinci, Giotto, or Raphael, as well as the Borgia Apartments or the Sistine Chapel. 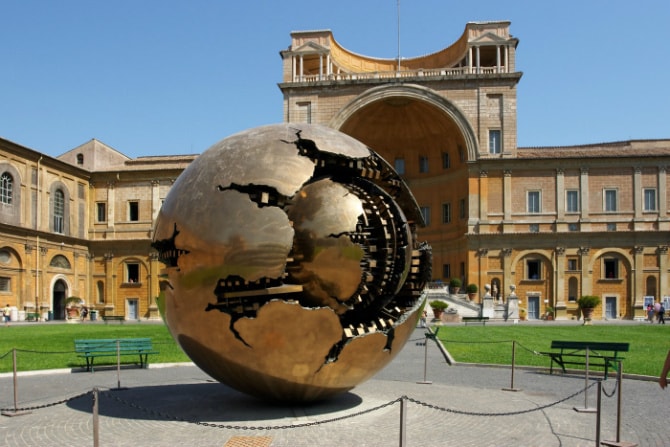 One of the highlights of exploring Seoul is visiting the National Museum of Korea. In addition to countless artifacts gathered from across Korea, some dating back to the prehistoric times, the museum also boasts objects from other places in the Far East. It is certainly a must-see for travelers who want to get a sense of Korean cultural throughout the ages. 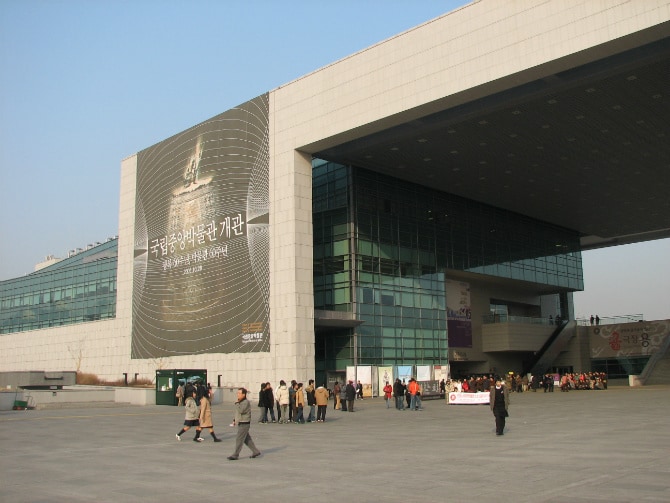 For quite a bit of time, Florence was the epicenter of the Renaissance – so it comes as no surprise that the Uffizi Gallery is one of the oldest and most impressive museums in the world. Exhibiting such iconic and influential works as Botticelli’s Birth of Venus or Titian’s Venus of Urbino, as well as many paintings by Rembrandt, Leonardo, or Caravaggio, it is the place to visit for those who want to be in the presence of some of the world’s greatest masterpieces. 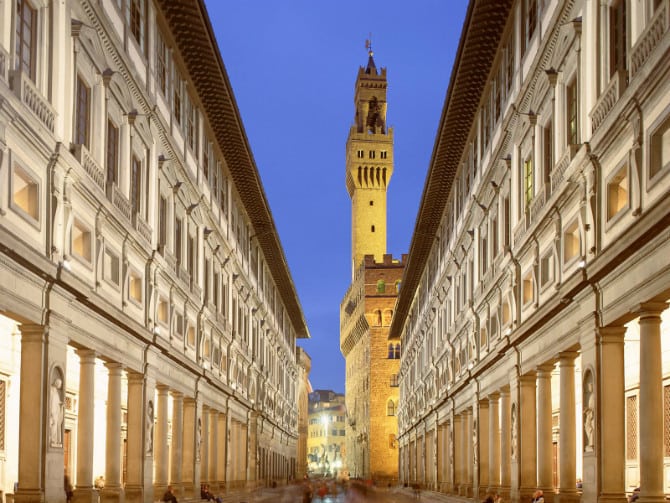 The Hermitage Museum in Saint Petersburg started out when Empress Catherine the Great bought a sizeable collection of artworks from a Prussian merchant, which included from the likes of Rembrandt, Titian, and Rubens. Initially private, the museum opened to the public in 1852 and is now a complex comprising 6 buildings, five of which are public.

The Victoria and Albert Museum was established in London in 1852 and named after Queen Victoria and Prince Albert. It is the world’s largest art museum, with a huge permanent collection numbering over 4.5 million items. Collections include furniture, textiles, jewelry, metalwork, paintings, photography, and fashion pieces from all over the world, some going back 5 millennia.

The Orsay Museum was initially a train station (Gare d’Orsay) built in the Beaux-Arts style for the World’s Fair held in 1900 in Paris – a work of art in and of itself. Since 1986, it has served as an art museum, most notably housing the largest collection or impressionist and post-impressionist masterpieces in the world, including works by painters like van Gogh, Monet, Degas, Cézanne, and Gauguin. 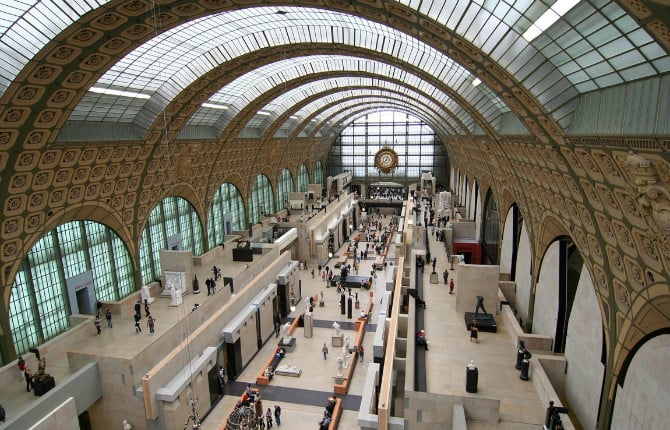 Originally established in 1925 as the Palace Museum in Beijing’s Forbidden City, the museum went through a bumpy ride the following decades before finally settling in Taipei in 1965, where it is today. With about 700,000 pieces of old artifacts and artwork, many of which belonged to Chinese emperors, the museum holds a comprehensive collection almost unparalleled in the world. 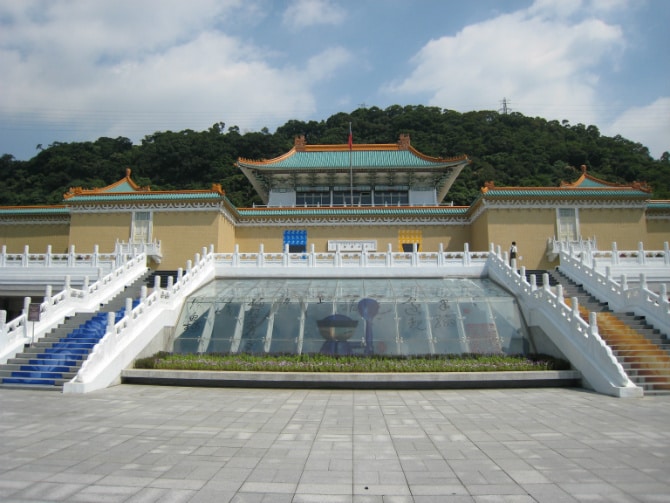 The Smithsonian Institution’s National Air and Space Museum was established in 1946 in Washington, D.C., just as the aerospace industry was making a huge leap forward after World War II. Many of the objects on display are older than that however, like warplanes from World War I and II. Other notable exhibits include the Spirit of St. Louis (the airplane Charles Lindbergh used for the first flight from New York to Paris in 1927), the Apollo 11 command module, and the backup mirror for the Hubble Space Telescope. 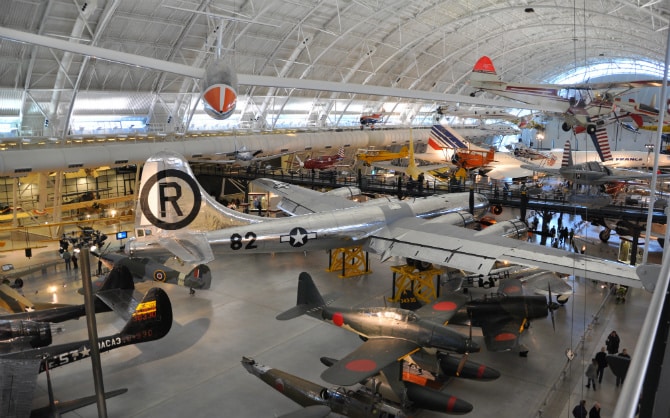 After kickstarting the Industrial Revolution, Britain led the world in science and technology for a century or two – and some of that glorious history can be seen at London’s Science Museum. Exhibits include the oldest surviving steam engine (Old Bless) and steam locomotive (Puffing Billy), Charles Babbage’s difference machine (considered the world’s first “computer”), and a reconstruction of the model of DNA proposed by its discoverers, Francis Crick and James Watson. 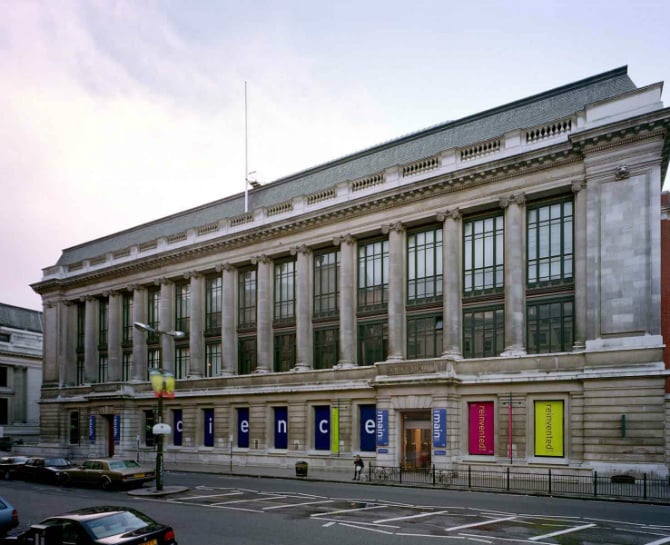 Ancient Egypt is one of the world’s most fascinating early cultures – we are, after all, talking about the people who built the Pyramids, the Sphinx, and the great temples at Luxor and Karnak. One of the best places to see some of the most stunning Egyptian artifacts from the time of the pharaohs is certainly The Museum of Egyptian Antiquities in Cairo. Among the 120,000 items housed there are coins, pieces of papyrus, statues, sarcophagi, and masks, including the famous Golden Mask of Tutankhamun. 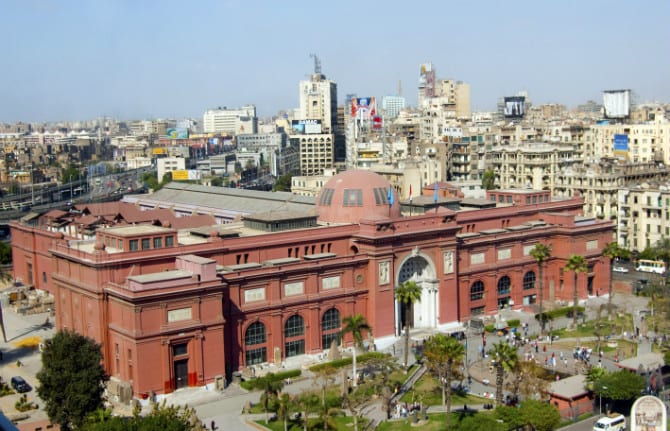 Established in 1881, the National History Museum in London was initially just a department of the British Museum, before gaining its “independence” in 1963. Unlike the culture-focused British Museum, the National History Museum showcases fossils or preserved specimens of dinosaurs and other prehistoric or modern creatures, as well as having galleries dedicated to geology, the Attenborough Studio established for educational purposes, and even a Wildlife Garden home to thousands of animal and plant species. 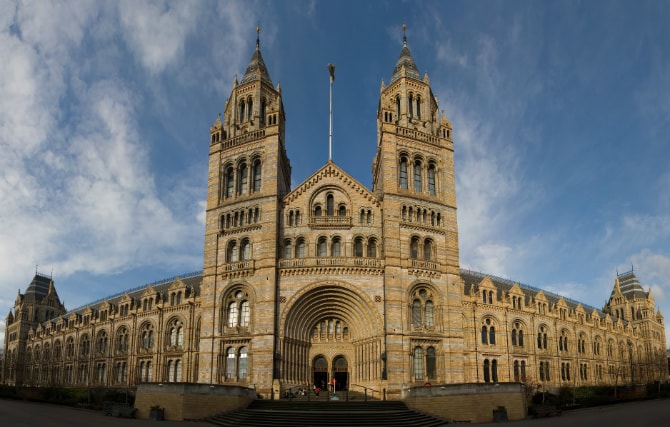 Located on Fifth Avenue, New York City, the Metropolitan Museum of Art is the largest art museum in the United States. The Met features a vast array of collections, with objects from Ancient Egypt and Rome, works from a multitude of great European, as well as American artists, Islamic and Far Eastern art, and a very impressive arms and armor collection. 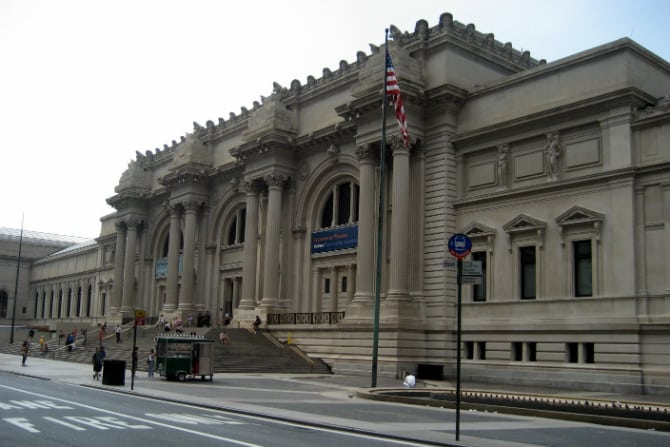 Established over two and a half centuries ago, the British Museum has gathered one of the largest, most spectacular collections of works in the world. Dedicated to human history and culture, this museum is the perfect place to find exhibitions dedicated to everything from the Vikings, to Ming dynasty China, to the ancient Roman cities of Pompeii and Herculaneum. The British Museum is also home to the largest collection of Egyptian antiquities outside the Egyptian Museum in Cairo. 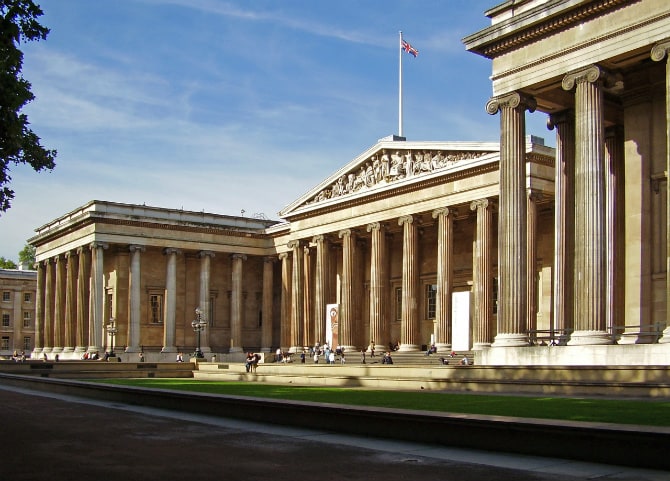 Located in Manhattan, New York City, across the street from Central Park, the American Museum of Natural History is one of the biggest museums in the world, boasting collections totaling a staggering 32 million items. On display are myriads of plants and animals, both extinct and extant, as well as fossils, artifacts from the past, gem and meteorites. The Hayden Planetarium, currently directed by world-famous astrophysicist Neil deGrasse Tyson, is also part of the complex. 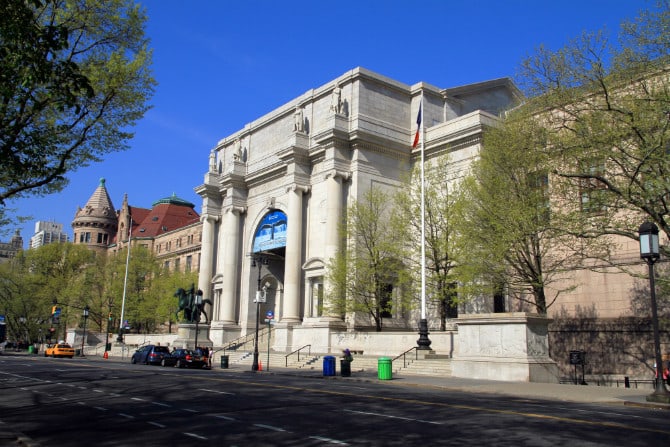 More than any other place in the world, the Louvre epitomizes the notion of “museum”. Originally a fortress, then a royal palace, it is now home to one of the most famous works of art ever created, Leonardo da Vinci’s Mona Lisa, as well as other works from French, Dutch, and Italian masters and Egyptian, Greek, and Roman antiquities. Another highlight is the iconic glass pyramid, which gives the museum a certain air of modernity. 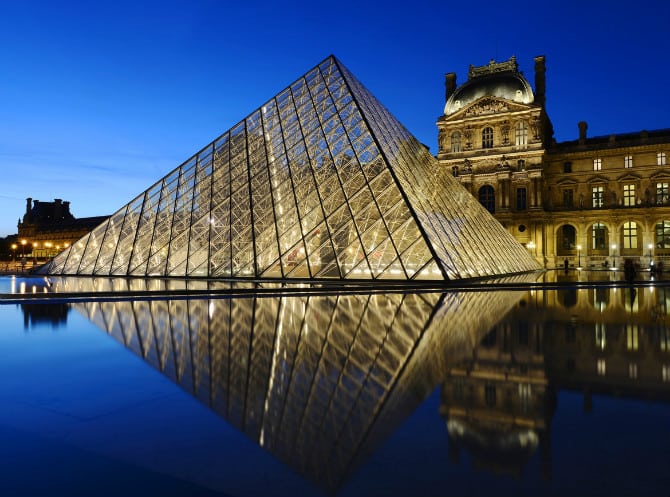 Top WordPress Plugins: The 100 Best For Your Site