The Chinese businessman and philanthropist Wang Jianlin was born on the 24th of October 1954 in Cangxi County, Sichuan Province. He had four brothers, with him being the oldest and his father was one of the fighters in the Red Army of Mao Zedong. The family moved to the northeastern side of the country when Wang was 15 years old. 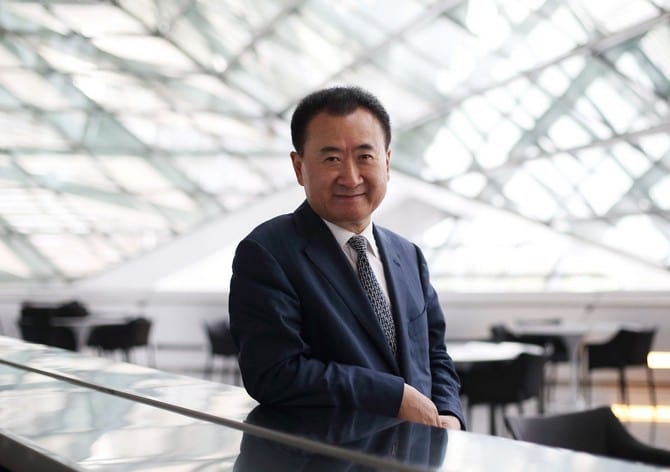 At 16 Wang enlisted in the People’s Liberation Army and he served for 16 years before being honorably discharged. He joined the Communist Party of China in 1976 and was a deputy at the 17th National Congress. Once this part of his life was over he went to continue his studies to the Liaoning University, graduating in 1986.

He took a job as the Office Administrator of the Xigang District in the city of Dalian and a while later he voluntarily started working with an indebted residential developer that was affiliated with the government of the district. The company’s name was changed to Dalian Wanda by Wang and he was named the general manager in 1992. 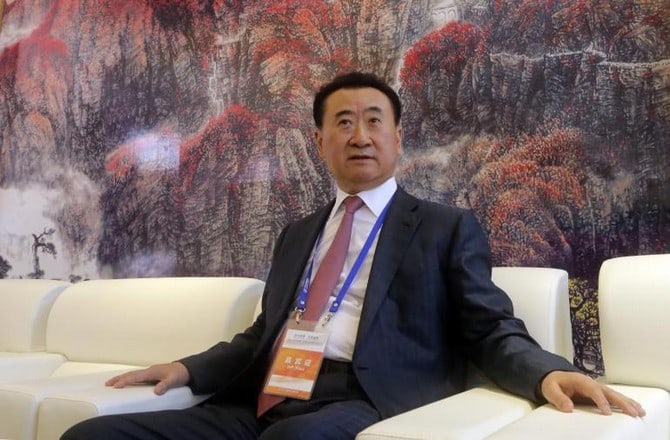 One year later Wang was named CEO and he was also serving as the Executive Deputy General Manager and Director of Jiangsu Jiangnan Water Co. With him as leader the company was developed during the next 20 years to become a diversified conglomerate that holds interests in commercial property development, tourism, retail chains and entertainment throughout China. 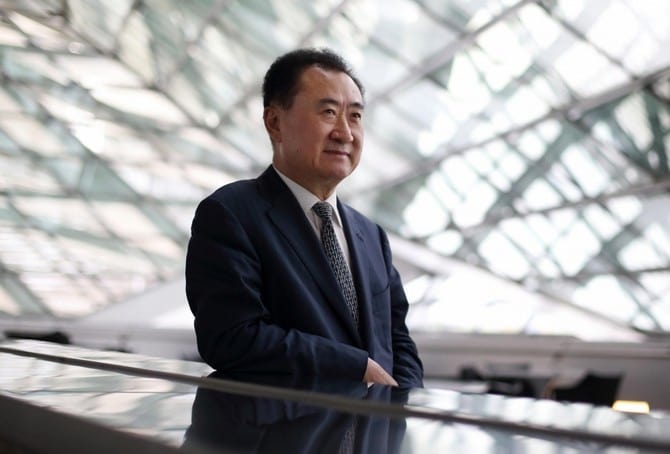 In 1997 he formed a professional soccer team in Dalian, called the Dalian Wanda Football Club, and some of his other interests are the folk music, being known to delight the corporate annual meetings of Wanda with Tibetan or Mongolian folk songs. He is married to Lin Ning who is the owner of social clubs in Beijing and Dalian and they have a single son, Wang Sicong who was born in 1988 and owns 2% of Dalian Wanda at the time, helping his father in the family business but with no plans of continuing on the same path. 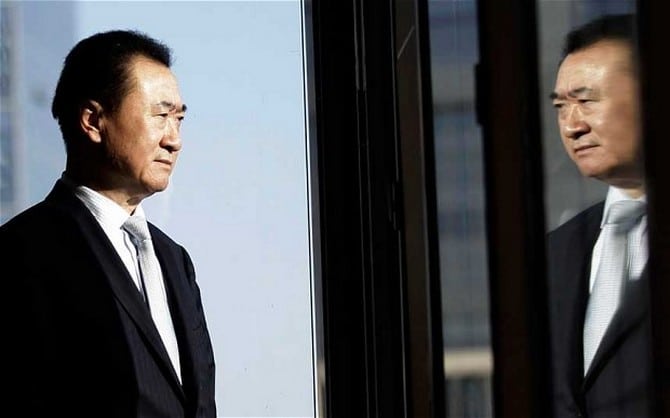 Wanda bought AMC Entertainment Holdings in May 2012 for the sum of $2.6 billion to expand the focus of their ventures in US in an attempt to create the largest cinema company in the world. With AMC Theaters the company also became the largest theatre owner in 2012 and now owns no less than 9.03 million square meters of property with 58 Wanda Shopping Plazas, 15 luxury hotels, 68 cinemas, 57 departemnt stores and 54 karaoke centers spread through China. 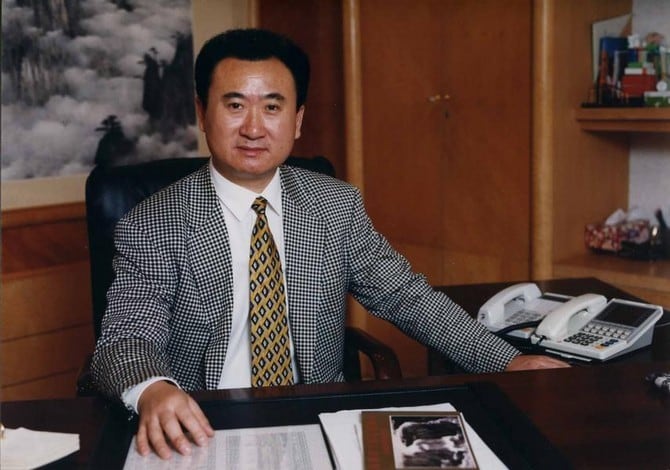 He was involved in politics as a delegate to the National People’s Congress of China and received the honor of being called the “Economic Person of the Year” two times by the aforementioned entity. He is the Vice-Chairman of the All-China Federation of Industry and Commerce and was a member of the Chinese People’s Political Consultative Conference from 2008 on. 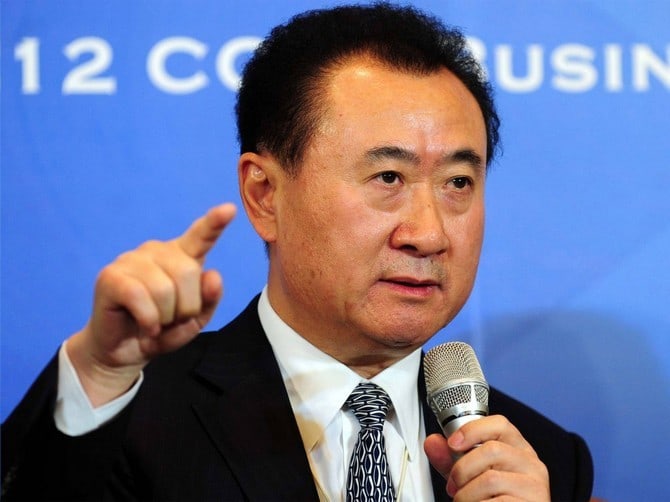 When the AMC Company was listed on the New York Stock Exchange in December 2012 it brought celebrities like Leonardo DiCaprio and John Travolta to help with the launch of a smaller Hollywood-like city on the coast of Qingdao. The venture had a cost of $8 billion and was launched in September 2013 with a 10,000 square meter studio and an underwater stage.

In March 2014 Wang bought the Edificio Espana, a landmark of Madrid, Spain which was previously owned by Grupo Santander and the price was “about a third less than the 389 million Euros that Banco Santander paid in 2005, at the height of Spain’s construction boom” said Mr. Jianlin. During the same period Dalian Wanda developed hotel projects worth a billion dollars through London and New York as well as properties in India. 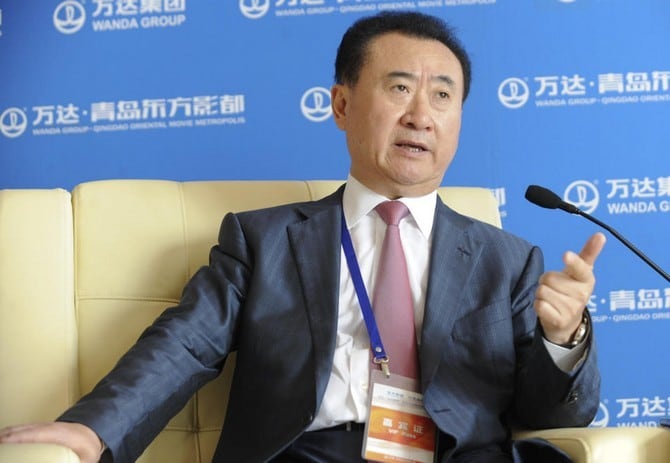 The headquarters in USA for Dalian Wanda began to be built on a new site in 2014, located on 9900 Wilshire Boulevard in Beverly Hills, California and this year the Dalian Wanda Commercial went public with an initial public offering of $3.7 billion in Hong Kong.

When he saw the profits coming from other Internet giants in his home country, Wang created a joint venture in August 2014 with the Baidu and Tencent e-commerce companies entitled Wanda E-commerce and started investment plans in Beverly Hills, Australia and Chicago. 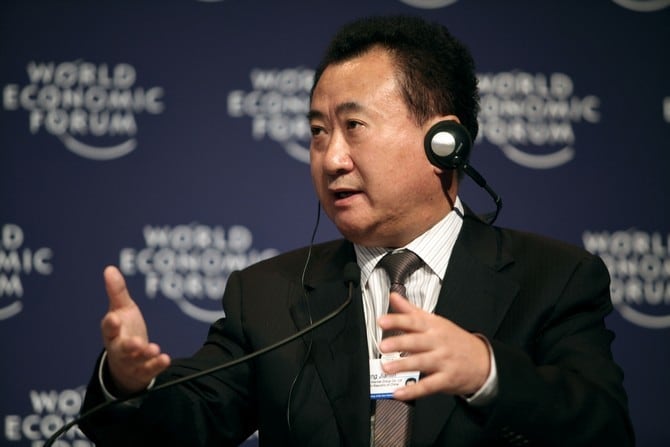 His interest in soccer didn’t diminish and the Xinhua News Agency reported that Wang spent over $78 million just in 2011 to train Chinese soccer players in Europe. In January 2015 he bought a 20% stake in the Atletico Madrid football club for the price of $52.3 million.

Wang gave $197 million to charity in 2011 alone and some of his philanthropic acts include the restoration of one of the ancient temples of Nanjing but an Electric Fountain was also restored with donations from him in Beverly Hills, California. 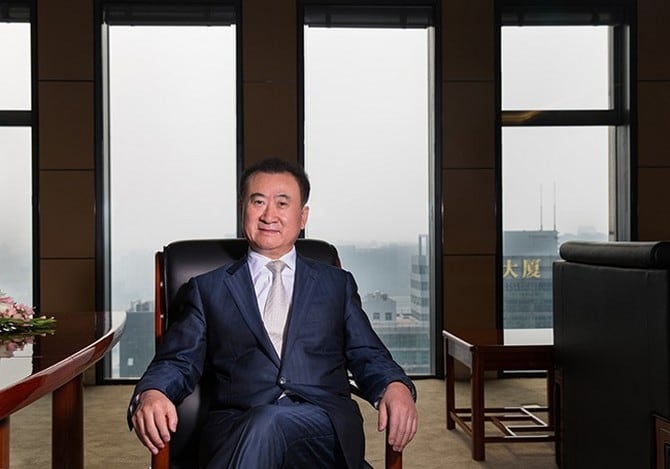 With a net worth of $39.1 billion according to Forbes, Wang Jianlin takes most of his wealth from the Dalian Wanda Commercial Properties, the largest private property developer in China that has shopping centers opened in 100 cities and revenues that in 2014 alone rose to $40 billion with a 30% increase from the previous year. The IPO of December increased his personal fortune and now there is a tight competition with Jack Ma from Alibaba to gain the title of the richest man in China. 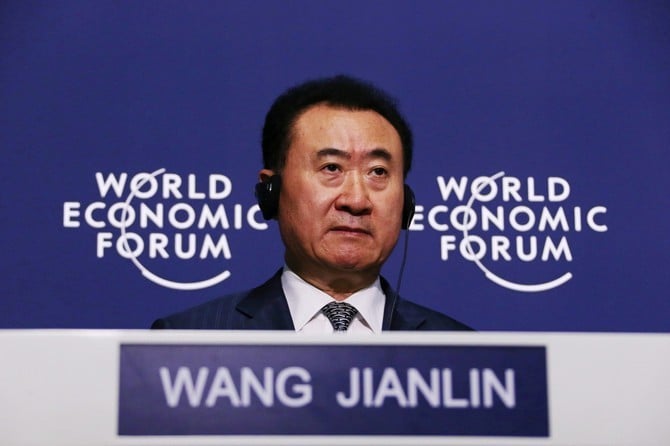 Although he claims to be a communist, Mr. Wang certainly likes the finer things of life and when he celebrated the latest deal in February 2015 in the Sofitel Wanda Beijing hotel ballroom, a deal to buy InFront Sports & Media for $1.2 billion, he did so with champagne and surrounded by beautiful ladies. He owns a large private yacht from Sunseeker, the same British maker that did the ones from the James Bond films and he is close to becoming the largest owner of five-star hotels in the world. 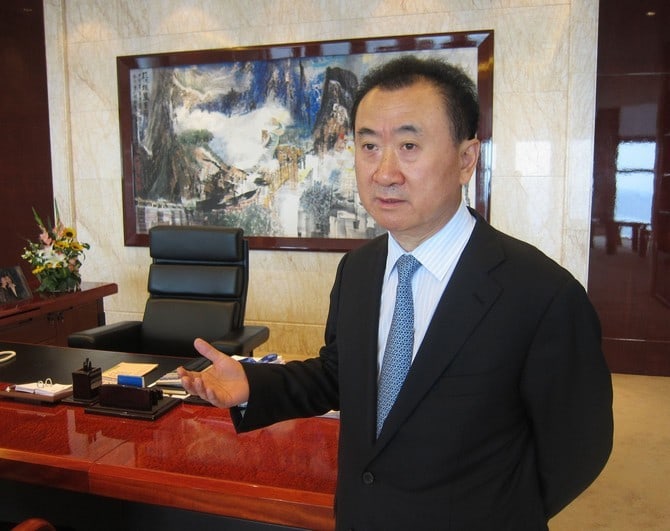 At the age of 60 some think of retiring but Wang has really ambitious plans for the future and some magazines even called his views “Napoleonic” especially when we know about his military background and the iron workplace discipline. He plans to expand the entertainment capabilities of Dalian Wanda by opening Shanghai Disneyland the next year and aims to have the annual revenues of the group increased to $100 billion by 2020. 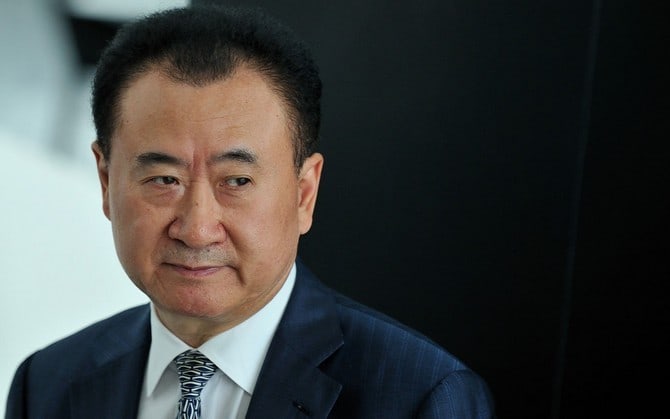