The really wealthy people, both in money and thinking will usually avoid buying random things like that. But since the second category exists, there are plenty of things in the world made just for them. There’s also a special category of rich people, the collectors, who might want to have something because it’s special and also because it means something for them to have it in their collection.

But let’s take a look at what kind of items or things we’re talking about. We’ve made a list of the most expensive things in the world, from burgers to buildings and fast cars. 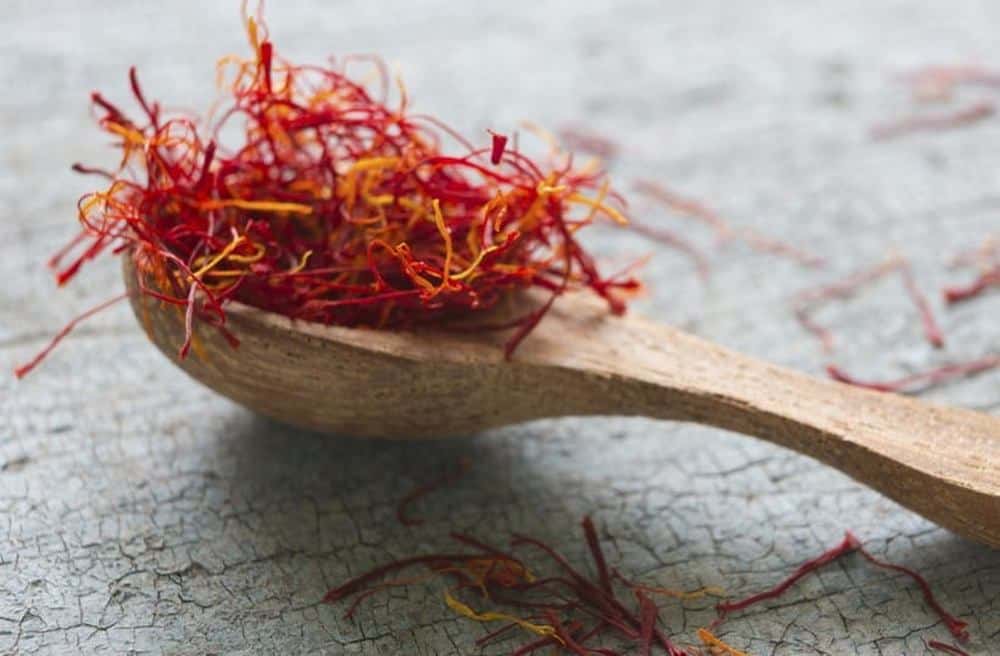 For those really into cooking and spices, Saffron is the real deal. The price tag for a gram of saffron reaches $11, which is something not many people can afford to put their hands on. It’s not your every day cooking spice. The reason for the price is the difficult and time consuming process it takes to collect the herb and make it into something those with expensive tastes can enjoy into their dishes. 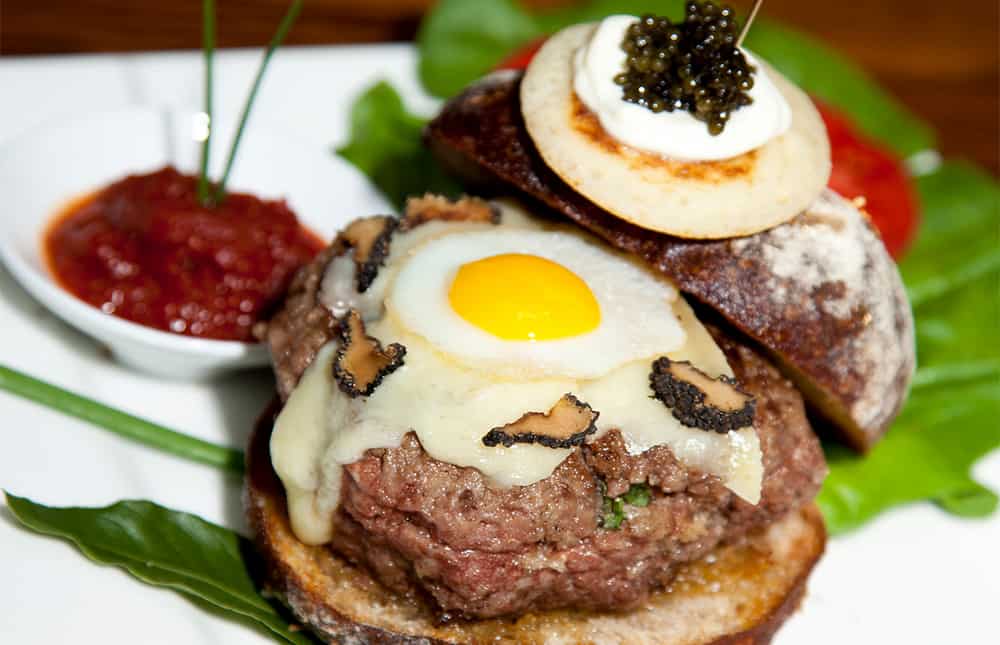 Le Burger Extravagant is the world’s most expensive burger. And you were complaining about that $15 hamburger you paid for last week. Think again. How would like to pay $295 for a hamburger?

Sure, it’s a different thing here. Served in New York at the legendary Serendipity 3, with a solid gold and diamond encrusted toothpick – as if that would actually make the burger better. Or maybe add in a little bit of Heidseck Monopole Champagne which costs $25,000 a bottle. Why not? Everything’s possible when you’ve got so much money to spend. 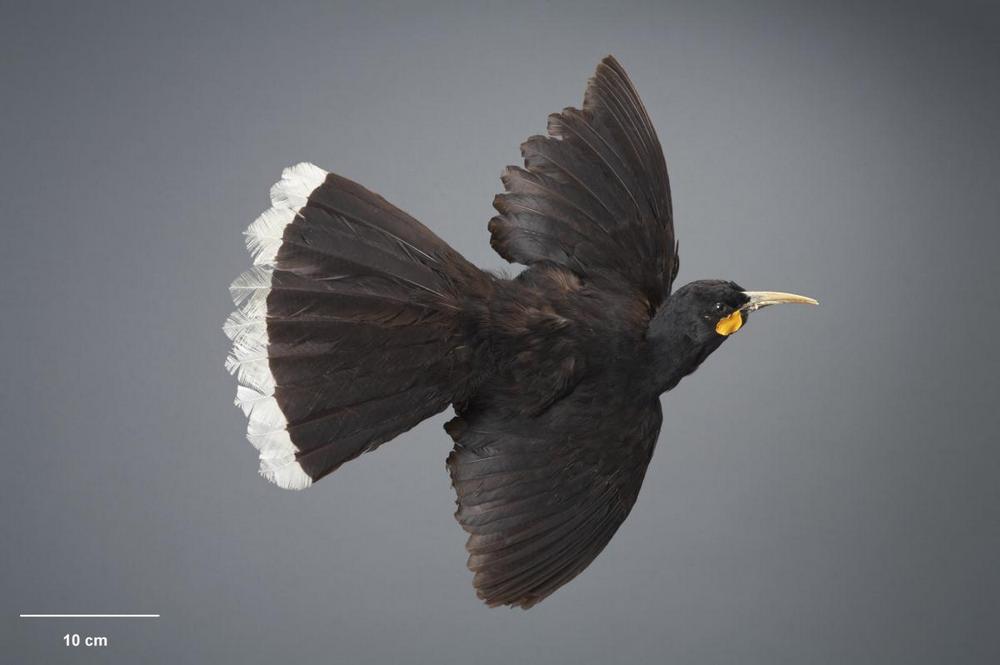 Yes, a feather. The most expensive feather ever. With a price tag of $10,000, this is probably one of the craziest purchases ever. Why would anyone buy it? The thing is this feather comes from a Huia bird, now extinct thanks to us, humans – the Maori tribe more specifically – who used them to decorate their chiefs’ wardrobes. Today, since there are no Huia birds left on Earth, the remaining feathers are extremely expensive, thus the humongous price tag. 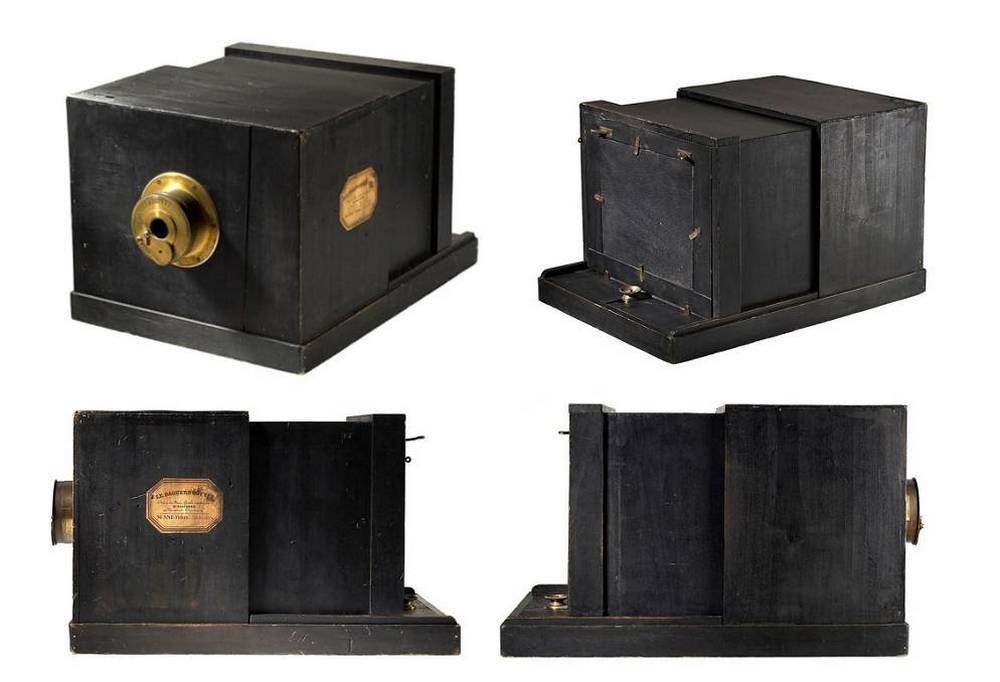 The Susse Freres daguerreotype camera was built back in 1839 and it’s believed to be the oldest commercially manufactured camera in the world, which is why it’s so important to collectors, especially those passionate about photography and its history. The camera was sold at an auction in 2007 for no less than $775,000. 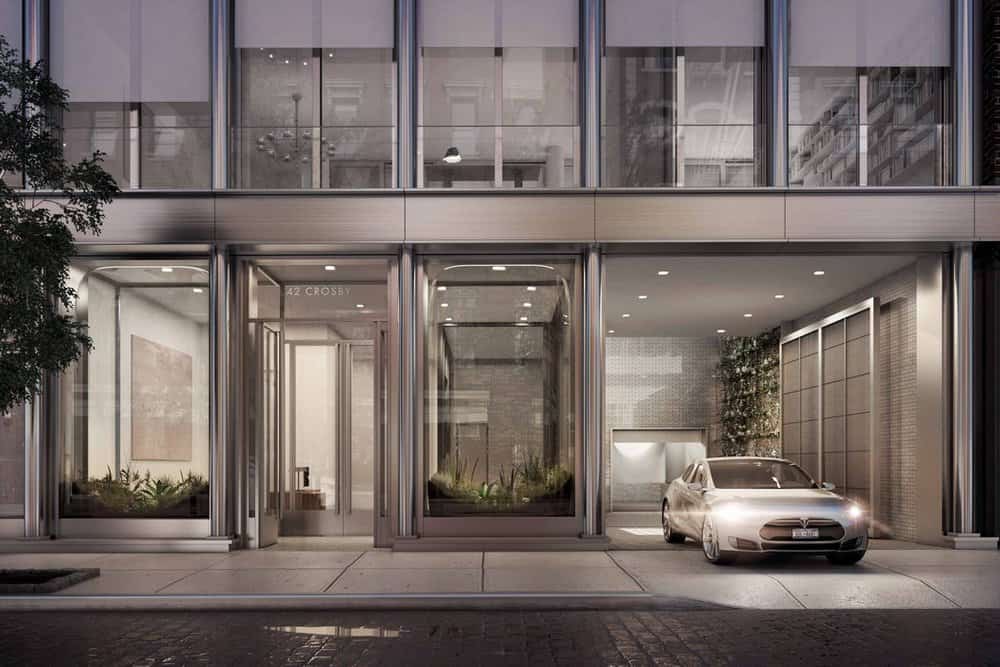 For those who don’t know what else to do with their money, there’s a parking spot in Manhattan which got sold for a whooping price tag: $1 million. That’s around six times the average cost of an American home. But hey, that’s a special, tiny two dimensional spot on Earth for only $1 million. Which makes the owner special, doesn’t it? 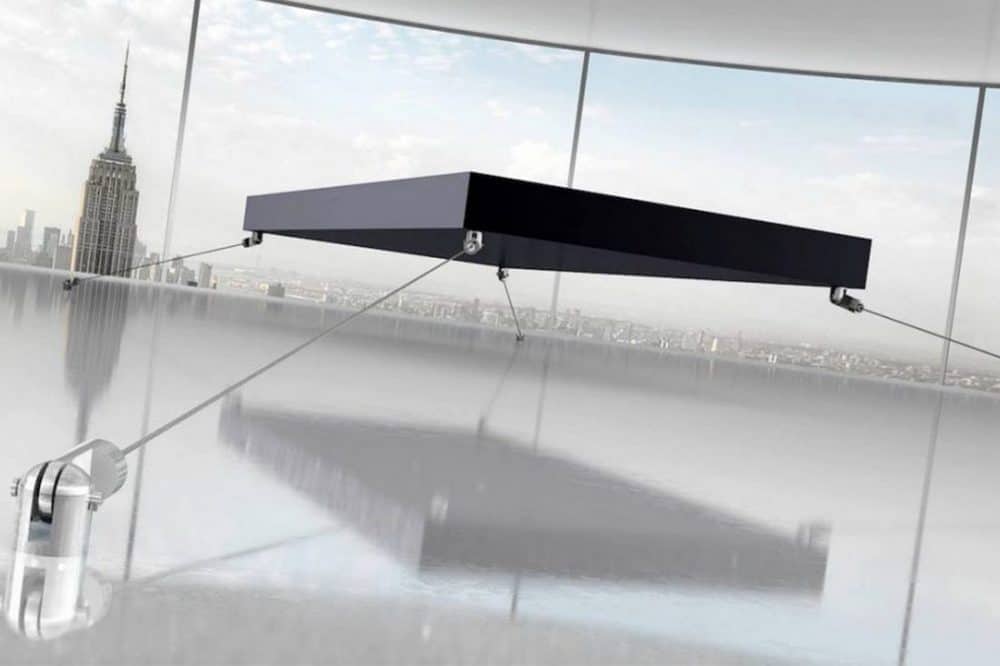 This one is an interesting item, especially for those into sci-fi movies. The Magnetic Floating Bed is probably one of the coolest things on Earth right now. Sure, it costs a tremendous $1.6 million, but you get to float in your sleep. The expensive bed actually floats above ground through the use of a magnetic system to keep it suspended. It supports a weight of up to almost a ton, so you can even have some wild fun on it. 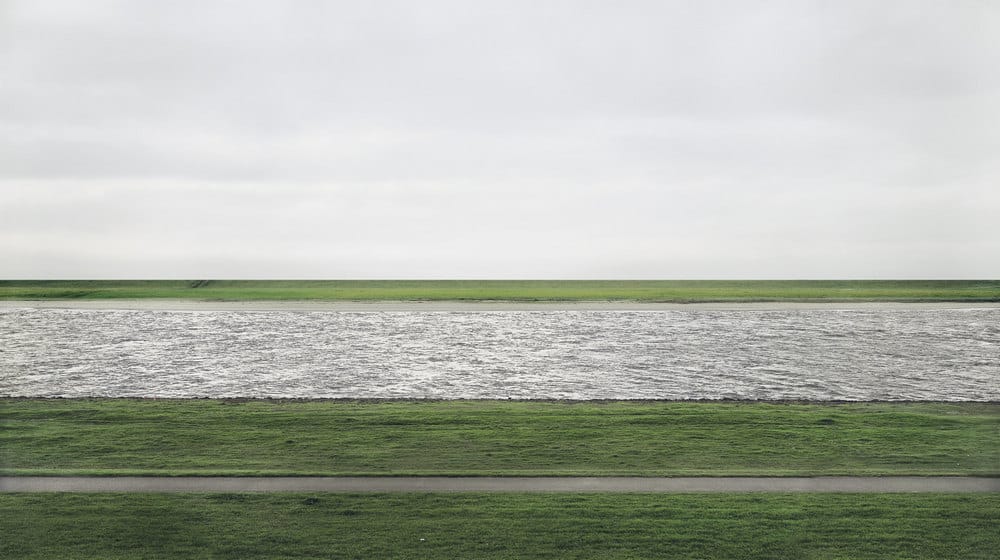 Rhein II is the most expensive photograph ever sold. It belongs to the German visual artist Andreas Gursky, who took it in 1999. In 2011, the photo was sold at an auction for a stunning $4.3 million. And when you think you could have taken the same picture… 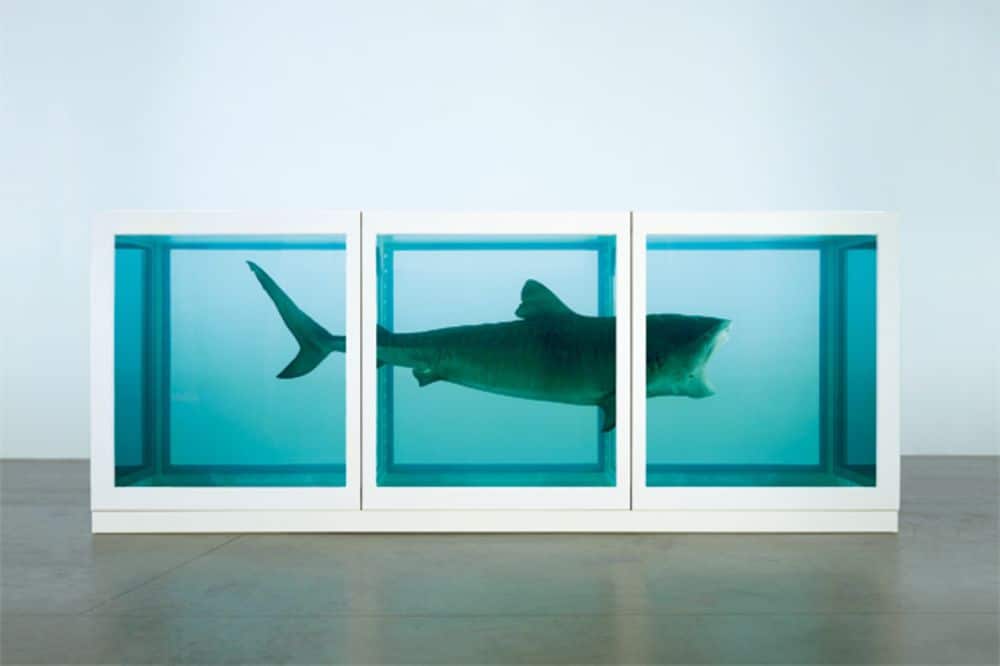 An unusual art collectible, the ‘Dead Shark’ is a 1991 creation of the English artist Damien Hirst. The real title given to the work is ‘The Physical Impossibility of Death in the Mind of Someone Living’ and it’s something that might bring nightmares to some. The artwork was sold to an anonymous buyer who paid $12 million to have it. 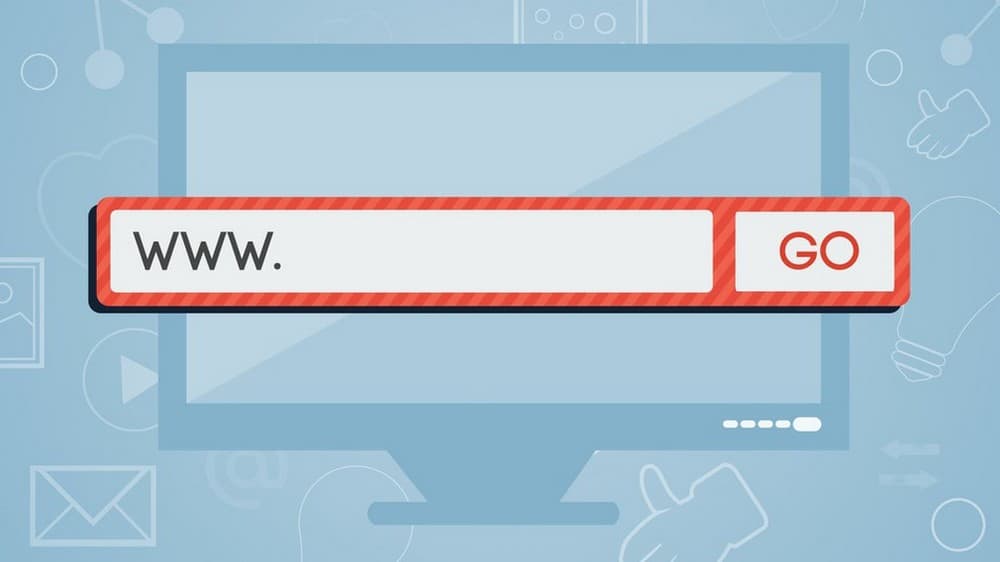 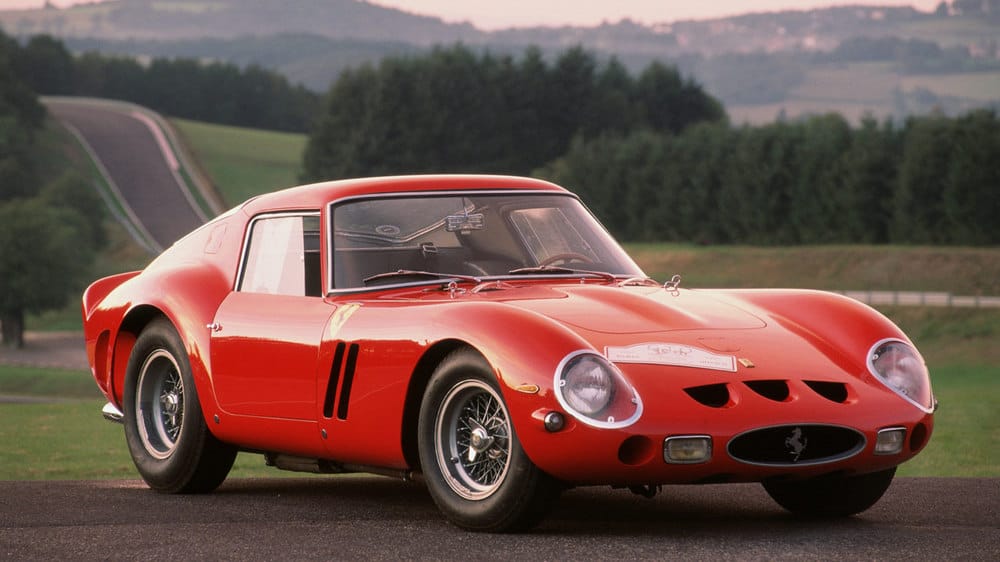 Now on to something more understandable. At least for some of us. The 1963 Ferrari GTO is probably one of the most impressive automobile in the world. Manufactured more than five decades ago, this legendary red beauty of a car continued to increase in value. The rare Ferrari model was sold to an anonymous collector in the UK for the staggering sum of $52 million. But this is something we can understand. It’s a Ferrari classic after all. 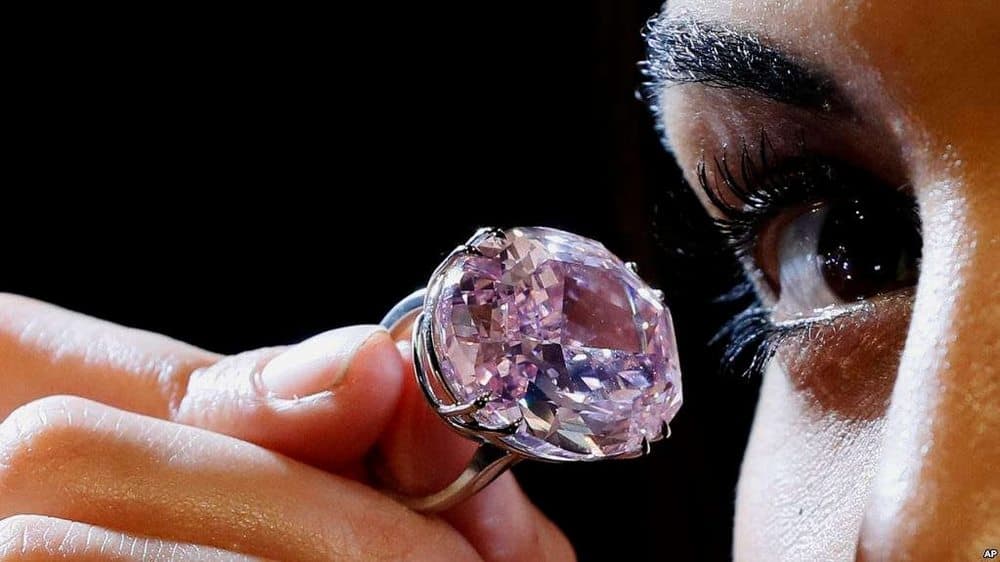 Known as one of the most rare and unique gemstones in the world, it’s no wonder that the oval-shaped 59.6 carat Pink Star Diamond was sold at a Sotheby’s auction for a smashing amount in 2017, an unbelievable $71 million. After just 5 minutes of bidding, this spectacular diamond broke the record for the highest price ever paid for a jewel. 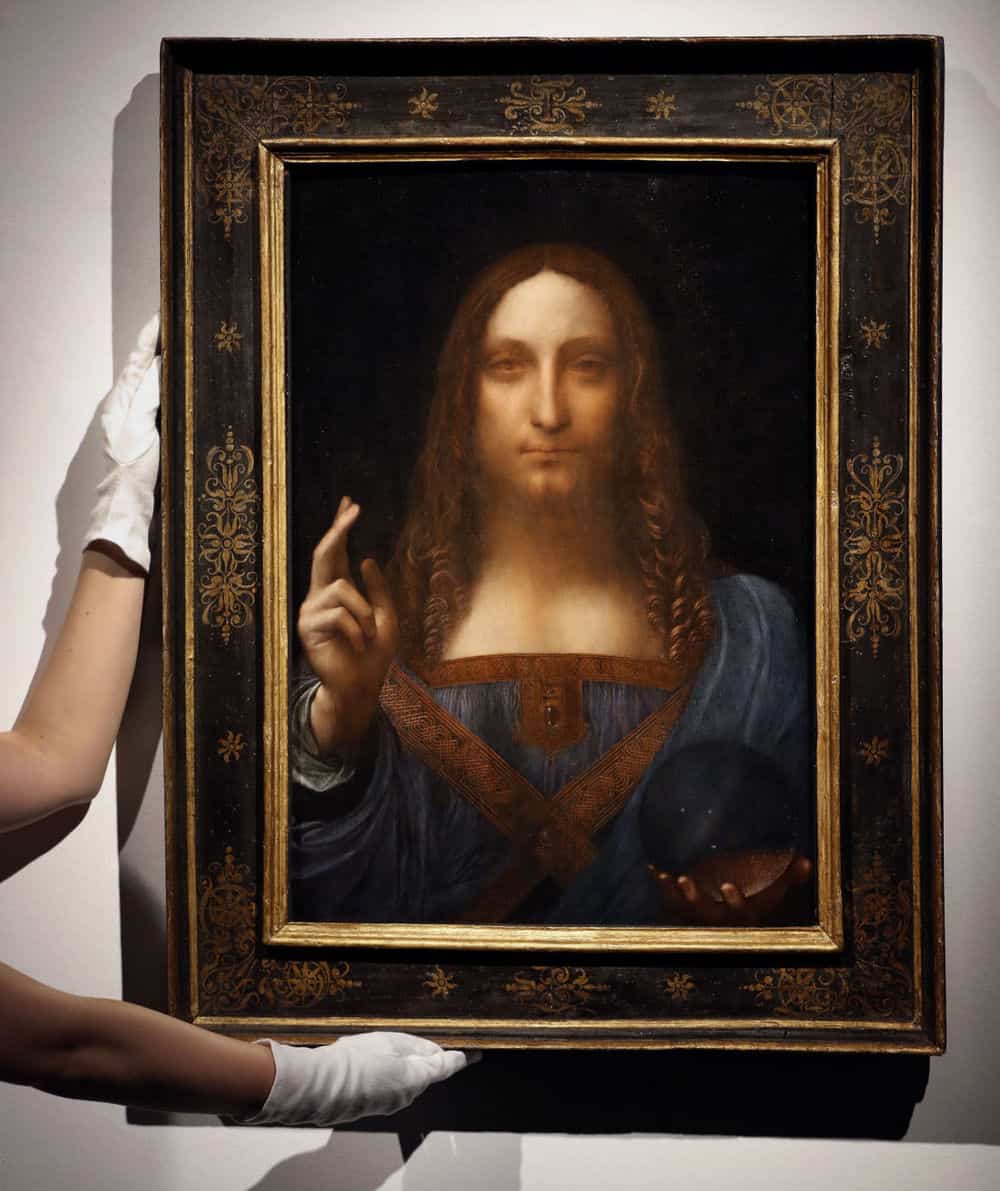 Salvator Mundi – savior of the world in Latin – is Leonardo da Vinci’s masterpiece, an artwork which became the most expensive painting in the world once it was sold for a whooping $450.3 million at an auction in November 2017. 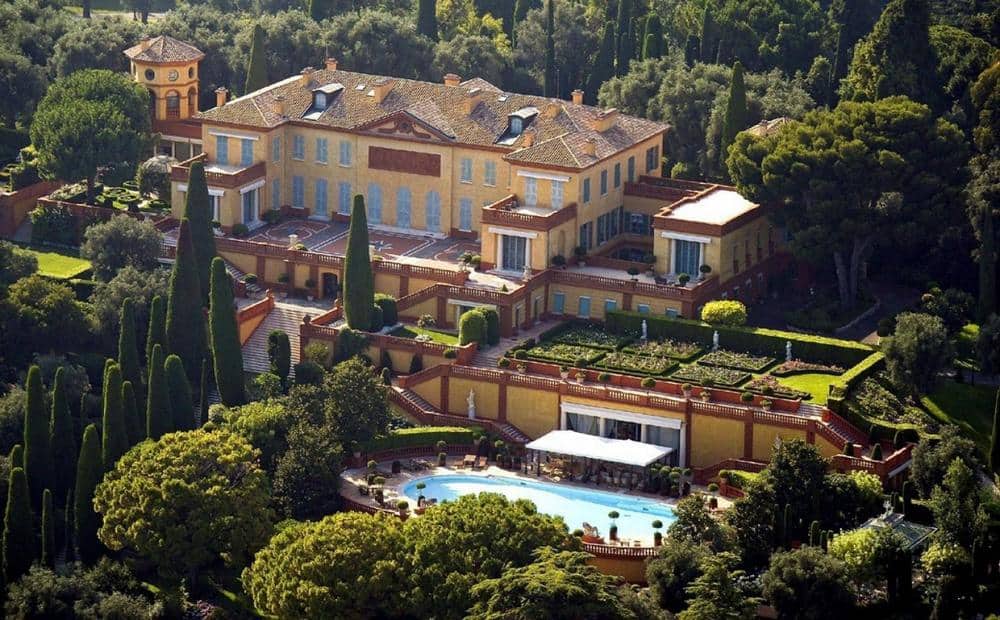 Located in Villefranche-sur-Mer on the French Riviera, Villa Leopolda is a stunning estate full of history and tales which is on sale for no less than $506 million. The villa served as a World War II hospital back in the days, and its walls have seen a lot. 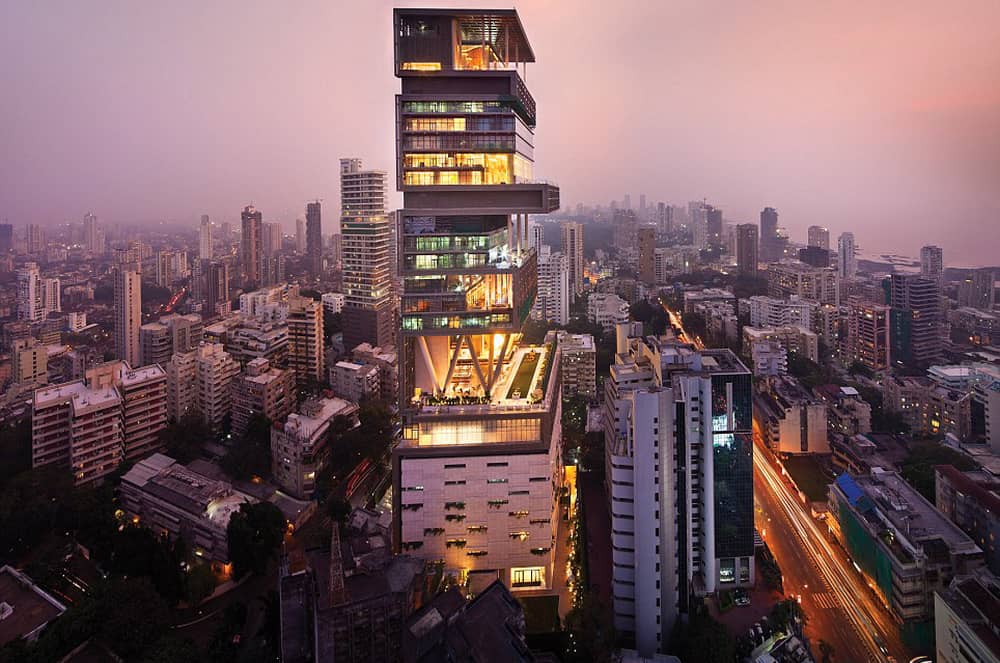 Antilia is a unique – some would say weird – building in Mumbai, India. Owned by the Indian billionaire Mukesh Ambiani, the building is far from ordinary. It’s a highly functional home, build with different modules, self sustained and able to withstand most of what nature could throw at it. The home has a six story garage for 160 cars, three separate helipads, and even a green health area. Not to mention the views. The home is managed and maintained by a full time staff of almost six hundred people and costed $2 billion to build. And when you think that the home was made for only six people. 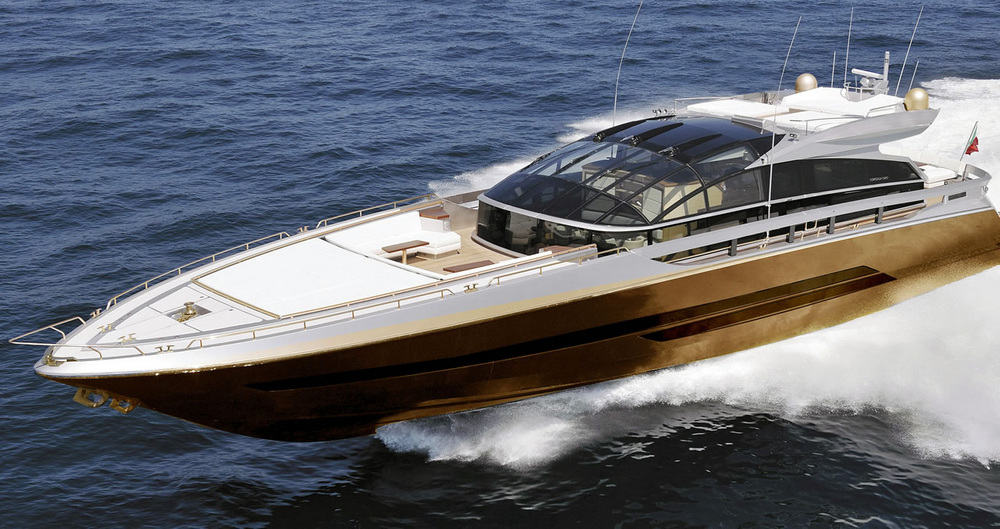 As if Antilia wasn’t impressive enough, consider a yacht made from solid gold and platinum and containing statues made of real dinosaur bones and decorations made from miniature meteorites. How’s that for ostentatious? The History Supreme Yacht was bought by the Malaysian businessman Robert Kuok for an unbelievable $4.5 billion.

The yacht is more like a palace floating on water, an amazing vessel of pure gold and unmatched opulence.

How To Remove WordPress Self Pings