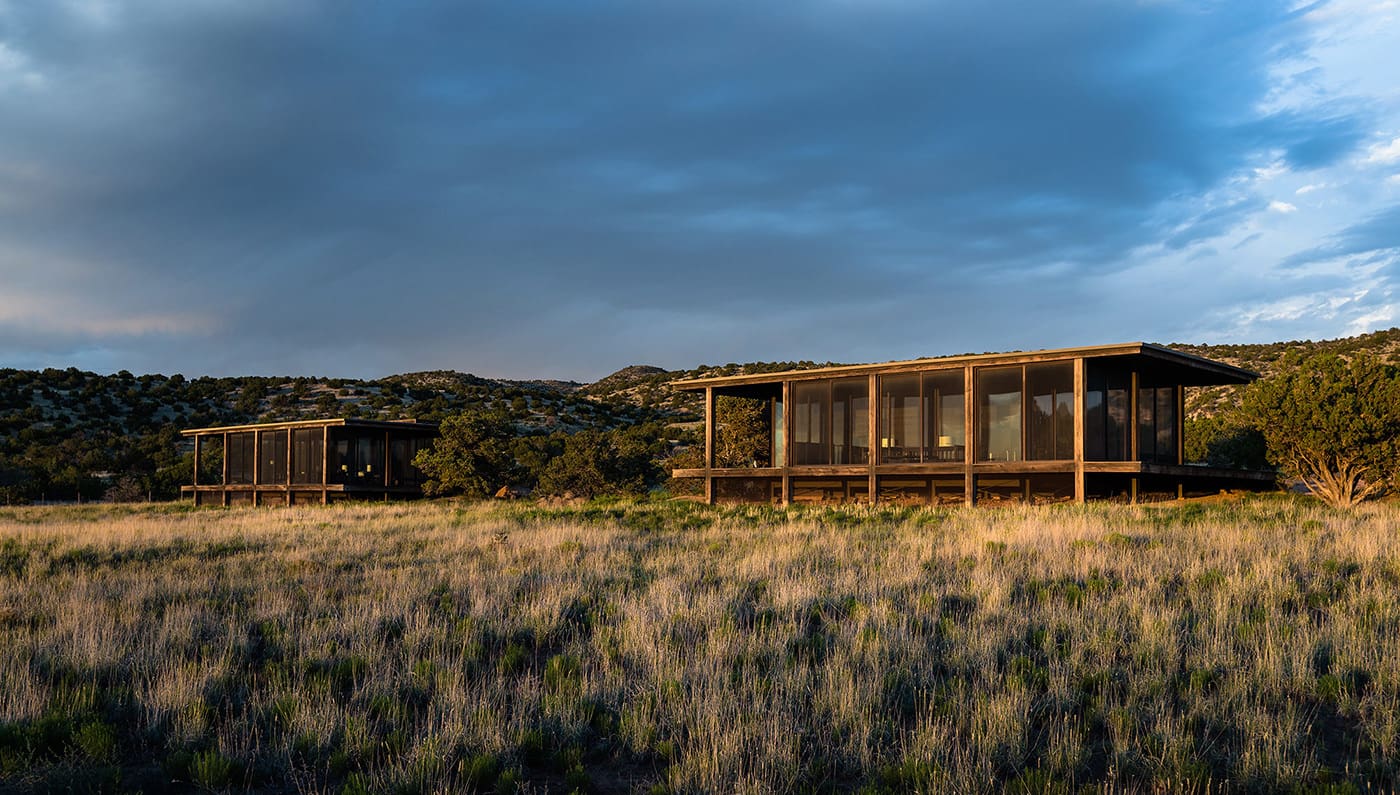 According to Architectural Digest, the legendary Tom Ford has decided to sell his jaw dropping ranch in Santa Fe, and it will cost you a staggering $75 million to have the privilege of calling it your new home.

This lavish property is definitely a conversation starter, looking like something straight out of the wild frontier – it’s all pure and stunning, just as the Creator has intended for our planet, and there’s even a lone windmill on site, to deliver incredible views and an overwhelming sense of peace and quiet.

Designed by architect Tadao Ando, the massive ranch sits on 20,000 acres of land, making it one of the largest properties in Santa Fe, with an eight-stall horse barn, indoor and outdoor riding arenas, and separate living quarters as part of the unique offering. 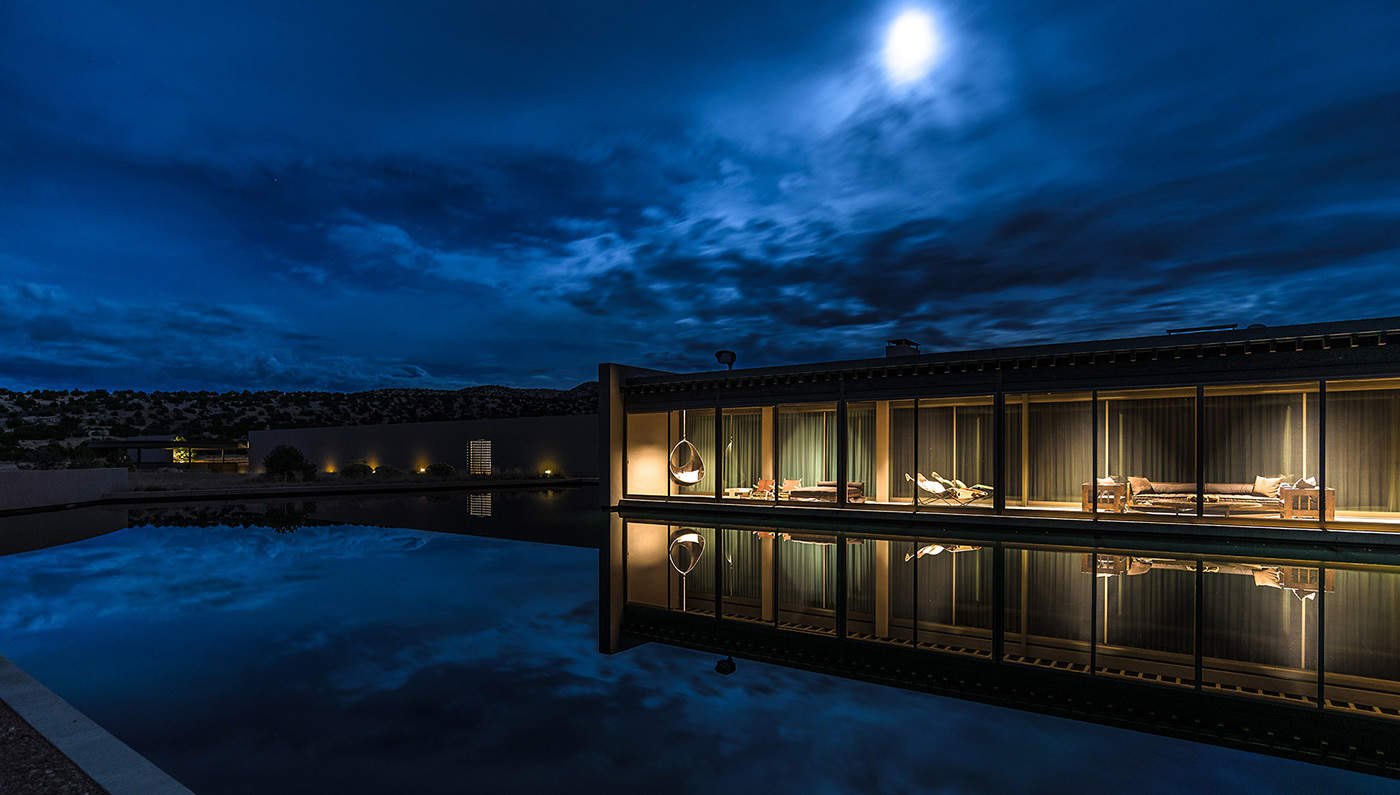 Surprisingly modern, this luxurious property stands amidst remote desert surroundings, contrasting beautifully with everything else thanks to its minimalist design. The glass-walled estate also comes with a wonderful, reflecting pool, an airstrip and also a hangar, so you could say its well equipped for the modern-day owner and his needs.

The sweeping scenery reminds us a little of the ‘Silverado‘ 1985 Hollywood production, which is nothing more but another clever way of teasing potential owners and letting them know what they’re missing out on. But daydreaming of cowboys and the wild west in the front of TV might be a lot cheaper. 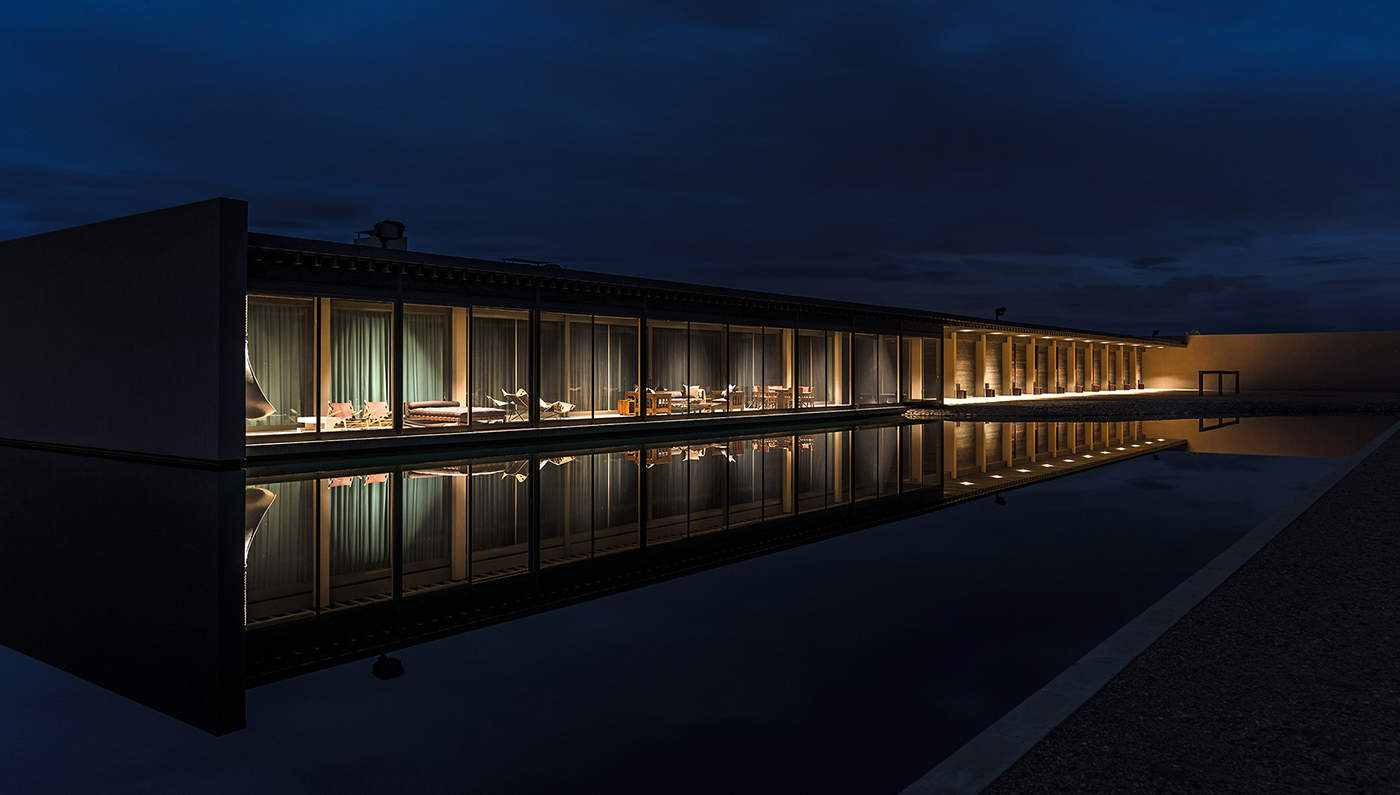